Woe betide the cineaste who‘d approach Straub-Huillet sans knowledge to match the filmmakers’ decades spent atomising foundational, philosophical, radical texts. Or so the story goes: no doubt a Le Cinéma Club regular’s heard those names — particularly Jean-Marie Straub, who passed two weeks ago at 89 — uttered in hushed, fearful tones befitting artists of the most serious stature, that hyphenated name like a two-factor authentication of one’s bona fides. As if watching their films went beyond the strictures of cinema appreciation and into some… well, what? Lecture? Civics lesson? Being cornered at a party by some guy who wants to talk theory? It can’t be — not when so many personal favorites hold them in such esteem. (Jean-Luc Godard envied their courage; Pedro Costa made an entire documentary about their process.) But with this reputation — buttressed when seemingly every Jean-Marie Straub quote throws down a gauntlet — what are we looking at?

So much else. There are, of course, many Straub-Huillet films serving evidence to the contrary. And few are more immediately palatable than 1968’s The Bridegroom, the Actress, and the Pimp. Its slim 23 minutes (or the length of a Seinfeld episode) neatly compact preoccupations—extended tracking shots; remarkable cinematography; a theatrical adaptation seen in a fixed shot and condensed to interpersonal conflict; (regrettably) quotes from Mao; flashes of violence—while subsuming one of their most difficult propositions (performance style so mannered it’s fundamentally robotic) with cinephilic catnip: here is the first time Rainer Werner Fassbinder would appear with his actors company (Hanna Schygulla, Irm Hermann, Peer Raben) in a film not directed by himself. By which token The Bridegroom, the Actress, and the Pimp marks a cross-section of cinema history, a moment two diverging roads briefly converged. Fitting for Straub to consider it the most spontaneous of their work, where an extended quote from Goethe — a characteristic reference for this duo — can be cut down by “enough of this nonsense.” 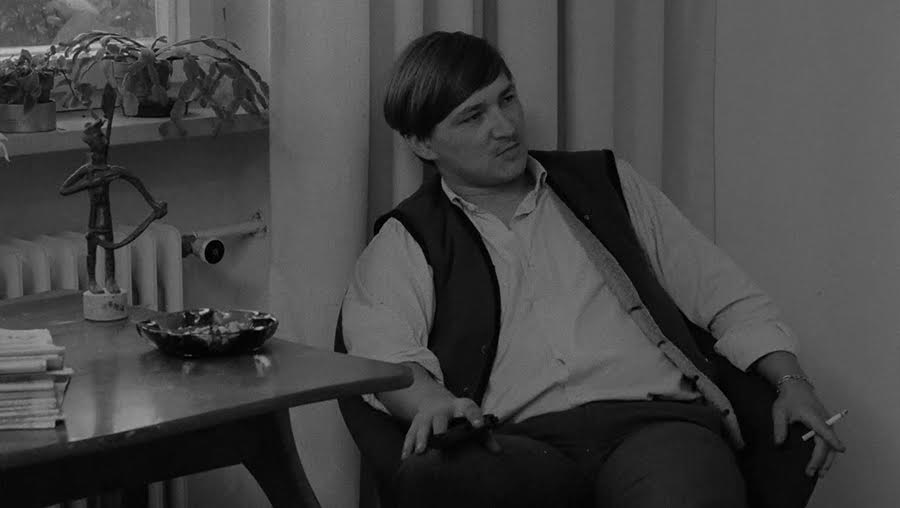 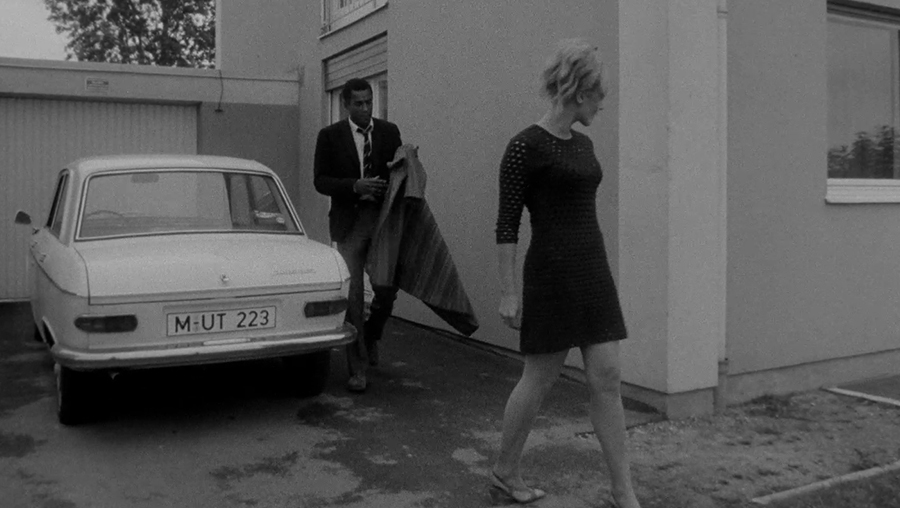 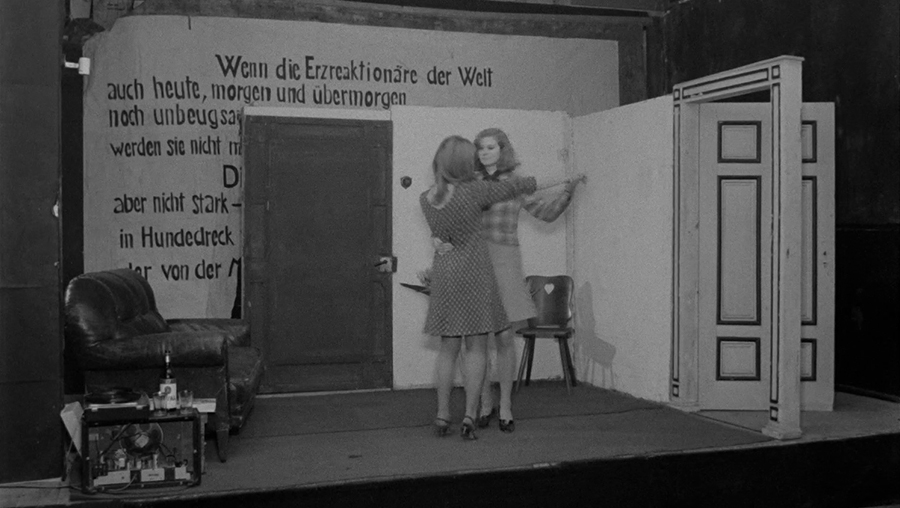 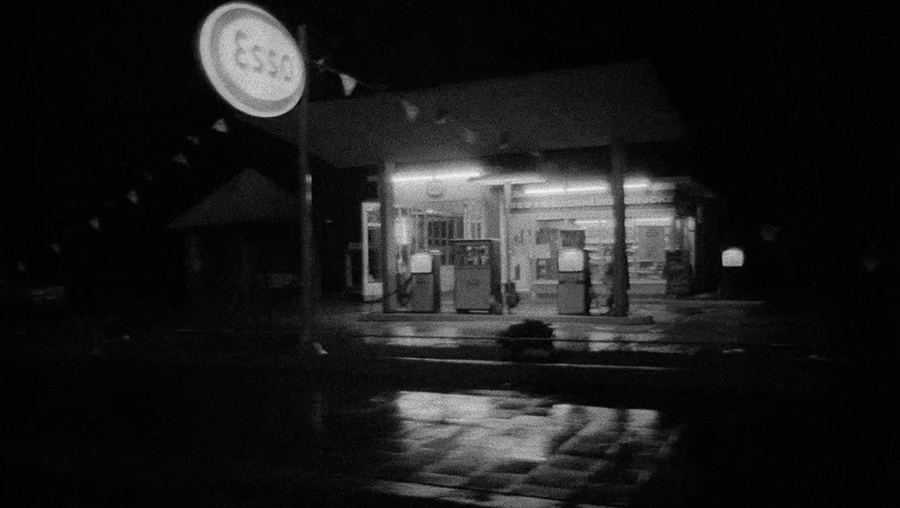 It’s safe arguing Straub-Huillet’s reputation for intellectual unapproachability stemmed from lack of physical access; this or any other project being readily available in this pristine condition cannot be taken for granted. (Without access to a dark web torrent network or museum archive, they could only be heard about, not seen.) A change arose when the American distributor Grasshopper Film acquired rights to a meticulously restored catalog in 2017, at which time they began exhibiting Straub-Huillet in theaters, digitally, and on home video. I produced Grasshopper’s Blu-rays for Moses and Aaron, Chronicle of Anna Magdalena Bach, and Sicilia!, and in assembling each disc found there was little end to what should supplement it — not as a means of understanding or contextualizing their cinema, but rather an appreciation for its many pathways and soon-to-be-opened doors. Needless to say The Bridegroom, the Actress, and the Pimp held paramount interest then. The short time since has only made to improve its pieces for consideration and means of stimulation — these are movies to age with and grow by.

Befitting a career that spanned the early 1960s to mid-2000s, amassing a lifetime’s worth of texts, references, associations. (Jean-Marie Straub’s output would continue into 2021, and had he not passed just last month one imagines only more would’ve come.) Observing the oeuvre is like looking upon a vast collection of form and ideas: if it weren’t for some intimidation we might lose ourselves in it as regularly as any filmmakers with whom they’re associated. The Bridegroom, the Actress, and the Pimp is perhaps a reminder that their pleasure principle need not be qualified.