The Discipline of D.E. a film by Gus Van Sant. 1979, USA, 9 min. Based on a story by William S. Burroughs. Meditative methods of living in a hilarious early work by the great director. 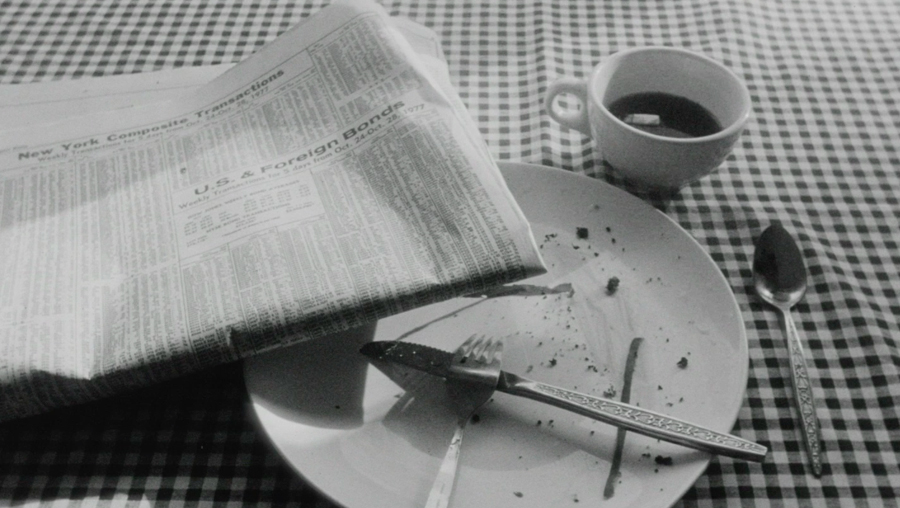 On the occasion of Gus Van Sant’s exhibition at La Cinémathèque Française, and in collaboration with the traveling art expo Hideout, Le Cinéma Club presents one of the very first films Gus Van Sant ever directed: The Discipline of D.E. Based on a short story by the great William S. Burroughs, the 16 mm film began as a project of Van Sant’s while the young filmmaker was still a student at the Rhode Island School of Design, and it was completed when he moved to Los Angeles after his studies. To get permission to use Burroughs’ short story, Van Sant simply looked up the writer in the phone book, and called him to see if he could come visit in New York City to ask for Burroughs’ permission to make the film…  It was also a way for the director to meet, in person, the writer whose work he so admired.

D.E. stands for Do Easy. The film offers a guide on how to do things in an easy and relaxed way — because, as the film suggests, that is also the most efficient way to do them. The film begins by introducing an old colonel discovering the method of D.E.  In the second chapter, narration explains how this discipline can considerably improve one’s life. Later in the film, the narrator even applies the methodology to the craft of filmmaking, drawing parallels to directing. The Discipline of D.E. encourages one to keep doing something until one succeeds. And the final scene takes place in a Western, which couldn’t be a more cinephilic setting.

“It’s like re-taking a movie shot until you get it right.” THE DISCIPLINE OF D.E.

Made in 1979, a number of years before Gus Van Sant’s first feature Mala Noche, The Discipline of D.E is an experimental marvel that will both move and intrigue you. The film should be viewed in the same Do Easy method praised in the film: “in the easiest, most relaxed way you can manage, which is also the quickest and most efficient.”