The Fire, the Blood, and the Stars a film by Caroline Deruas. 2008, France, 15 min. Personal reactions to far-right ascendence in an intimate political short. 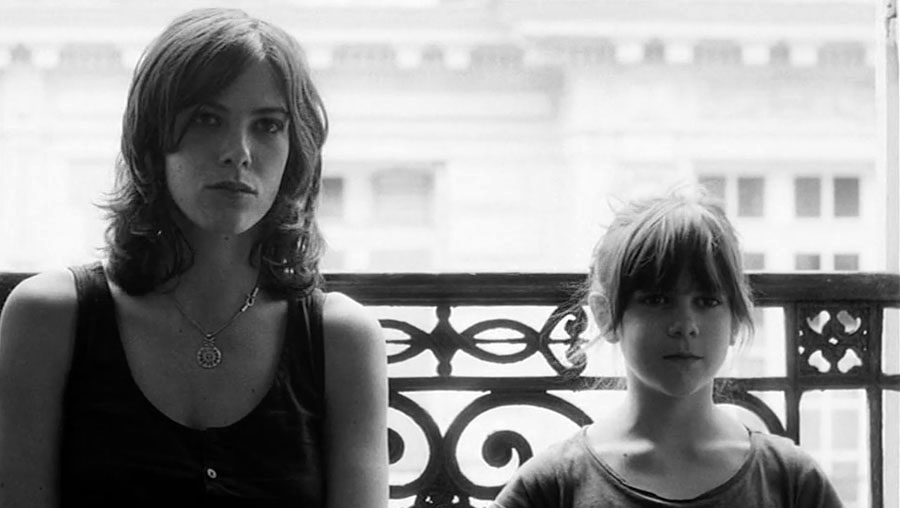 The Fire, the Blood and the Stars, a short film by Caroline Deruas made in 2007, is based on her immediate response following the defeat of the left in the French presidential elections. The cast consists of Deruas, her daughter Léna Garrel, and the great, late French actor Maurice Garrel (her daughter’s grandfather), along with a handful of close actor friends of Deruas, including Lolita Chammah (Isabelle Huppert’s daughter). Le Cinéma Club also presented another of Deruas’ great short films, The Children of The Night (2011) starring Adèle Haenel. In The Fire, the Blood and the Stars, the newspaper announces the left’s defeat in the presidential election. A distressed mother finds strength for the sake of her child. Puzzled teens react in all kinds of extreme ways. A young girl asks her grandfather what a “dream killer” is. The film was a way for Deruas to express her disappointment and rejection of a France where the far right was gaining ground, a country that seemed to be turning away from its democratic motto “Liberté, Egalité, Fraternité” (Liberty, Equality, Fraternity). Deruas chose to shoot the film with her daughter, to include her as part of this healing project. She decided to direct a film in which the political discourse is deliberately not well thought out, but rather immediate — some kind of way to record their unprocessed reactions and emotions.

“I wanted it to be a film that literally shouts, and above all something impulsive and immediate in its form. I wrote it very quickly and freely, in one day, letting all of my impulses out. I told myself that I needed to shoot everything I had written, without turning the end-product into something too polished. Not going through the traditional production route allowed us that. If we had waited to find money to shoot the film, the project would have failed. I think short films are also a ground for experimentation.” CAROLINE DERUAS

Deruas was born in Cannes, where she attended screenings at the festival from the time she was six years old. Early in her life, cinema became a necessity for her and as an teenager, she already wanted to write and make films. When she arrived in Paris, she worked as an assistant director, script supervisor and a screenwriter. Deruas worked with a number of directors, including Yann Gonzalez, Romain Goupil, Valéria Bruni-Tedeschi and Philippe Garrel (with whom she co-wrote A Burning Hot Summer (2011), Jealousy (2013) and In the Shadow of Women (2015)). She directed two other short films: The Starfish (2008), selected at Cannes’ Directors Fortnight, and The Children of The Night, which was awarded the Silver Leopard at the Locarno Film Festival. Deruas was also a resident at the Villa Medici in Rome, where her upcoming and debut feature L’indomptée is set.