THE FUNERAL a film by Sophie Savides. 2016, USA, 11 min. With Kristen Vaganos. Composed of three elegant shots, a testament to grief and a master cinematographer, by his daughter. 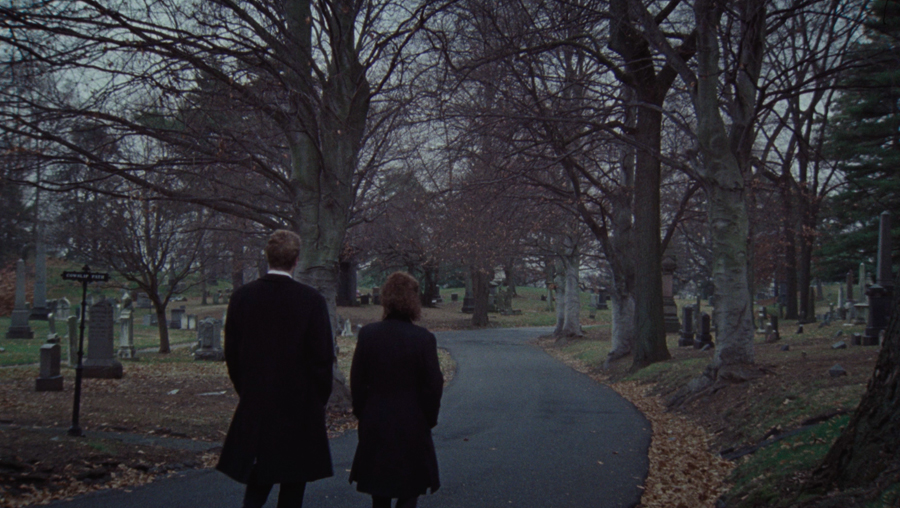 We are thrilled to present the premiere of Sophie Savides’ beautiful first short film. The daughter of the late master of cinematography Harris Savides (The Yards, Birth, Zodiac, Last Days, Somewhere) delivers a moving, beautifully structured directorial debut. The Funeral follows a young girl giving a eulogy at her father’s passing. The film is made up of three simple, compelling, elegantly framed shots. The first shot establishes the setting. The second and central shot captures the speech of the young girl remembering her father, speaking to the camera as it slowly moves closer to her. The third shot reveals the peculiarity of the situation: the girl is alone at the cemetery. The opening and closing shots mirror each other, with characters walking down winding roads within a fixed frame, allowing the viewer to gradually enter and leave this moment of reverence.

In addition to its strong formal sense, and the exciting craft and filmmaking so clearly on display, the film also provides a poignant and intimate testimony to the personality of a master of cinema who – although the film uses different names, and it is not a documentary – so many cinephiles and filmmakers admire. Perhaps, however, the most poetic detail of the film is that it gives life to the fantasy of what a teenaged girl would have liked to say at her father’s funeral.

“My attempt with this film was to show grief in a way I hadn’t seen before. Most grief I’ve seen depicted is sad, but feels superficial or it’s about remembering the happy memories like a hallmark card. I wanted to show that in order to take hold over grief, you have to go to the darkest place and be angry. I wanted to make this film so that other people in the same place could feel that freedom to go there, when there is often shame around that and pressure to just see the good despite the loss. It’s uncomfortable, but from there there is freedom.” SOPHIE SAVIDES

After looking at many young actors, Sophie Savides felt confident in casting Kristen Vaganos in the lead role. Her audition was perfect: “She understood the subtleties without being overdramatic,” recalls the young filmmaker. With the help of a supporting crew, they shot the film in one day at Greenwood Cemetery in Brooklyn. Sophie Savides is a twenty-two year old filmmaker living in New York. In high school, Savides wanted to be a writer. She eventually dropped out of college as she was skipping classes to work on her films. Savides has since written a new short film, but when she found her actors and saw their performances, she decided to adapt the script into a feature-length screenplay. The film is a love story, imbued with Savides’ values and ideas about our modern society.