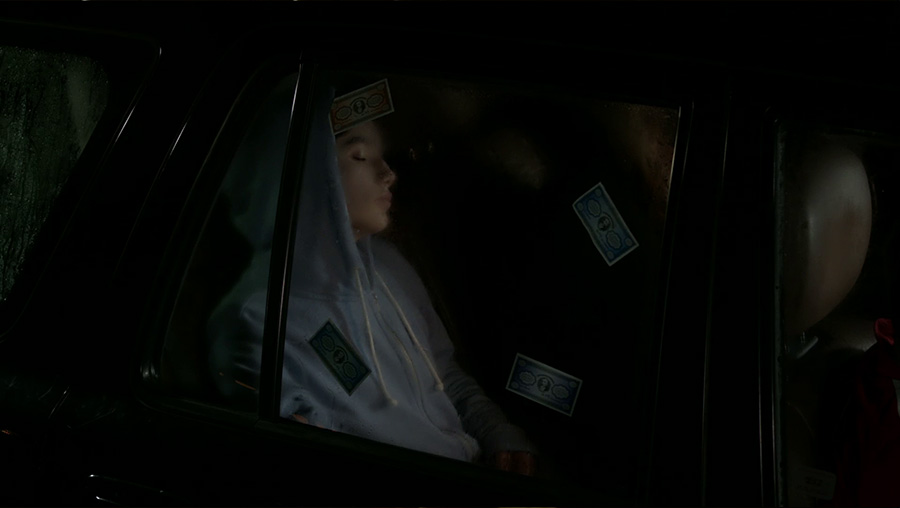 The Game of Life is a mini-series created by 27 year-old filmmakers Naia Lassus and Baptist Penetticobra after their graduation from the Ecole Nationale Supérieurs des Arts Décoratifs in Paris. It is here presented in its condensed, short film version. The Game of Life presents four episodes taking place over a stormy night at the annual party of a Sports Center. Each vignette presents characters playing and chatting, waiting for something to happen and reflecting on the question: “What does it mean to be a winner at the game of life?” The filmmakers chose the form of a series as a mean of spatial exploration rather than a development in time. All the episodes are happening at the same moment. The format enables them to move from one place to another and to spend a moment with every character in the middle of a conversation, in the middle of a monologue or a debate. The directors wanted to create little scenes that get you in and out quickly, almost excerpts taken from a film that doesn’t exist.

Having met in their first year — befriending each other over a shared taste for American mainstream culture — the filmmakers always wanted to do a project together. Naia Lassus and Baptist Penetticobra grew up watching the same shows on television. They were influenced by reality television and MTV culture — shows like Dismissed. They also mention TV shows such as Malcolm in the Middle and Desperate Housewives, or the more recent shows House of Cards and Empire. They also get inspiration by spending hours digging for videos on random YouTube channels.

“TV shows and YouTube channels are for us a huge tank of ideas, of sentences, dialogue and situation that inspire us. We like using their rules and and playing with their genre.” NAIA LASSUS & BAPTIST PENETTICOBRA

The Game of Life was made for Congrats! Magazine, an annual magazine project that works on the question of “What does it mean to become a man today?” and invites artists to collaborate. Lassus & Penetticobra respond to the theme with distance and humor. The Game of Life was shot on a Blackmagic camera and on a tiny budget with American non-actors who took 3 months to cast. Baptist Penetticobra just finished shooting a film for the Centre Pompidou entitled For Real, Tho, and wants to direct rap music videos while working on his next film project. Nadia Lassus just finished shooting a short film in Montreal, which is the short version of a feature project she would like to direct.