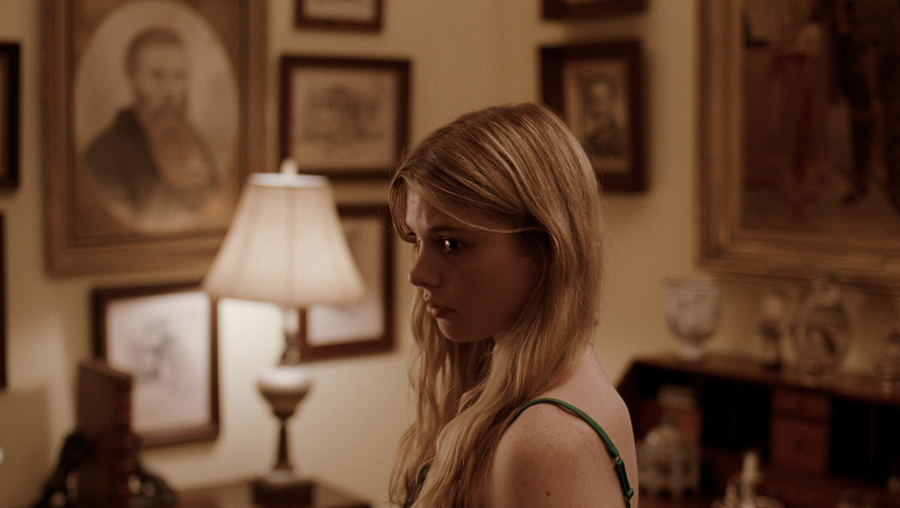 Everyone is done with high school and it’s the end of the summer. Charlotte is about to leave for New York and goes to a party hosted by kids she grew up with. The air is hot, thick with mysteries revolving around her and the recent murder of one of her schoolmates. Visually stunning and admirably directed, The Giant is a visceral short film that reveals the work of a director to watch closely. The Giant is David Raboy’s NYU thesis film, shot on 35 mm in Georgia close to where he grew up. Raboy was inspired to write the story after a similar murder took place in his town. He wanted to convey the atmosphere of death, dread and imminent doom he was left with, and he built the character Charlotte out of a combination of people from his life. To finance the film, he made a deal with his parents: if he graduated a year earlier, he could use the money he would have gotten for tuition to make his film. He also received a grant from Panavision that provided him with all the camera equipment he needed.

At the age of two, David Raboy went to the movies for the first time where he saw Terminator 2. At six, he was already making silly films in his yard. At eight, he saw Seven and it comforted him that the macabre things he was attracted to weren’t that weird and would be great material to turn into movies. Between The Giant and his next short Beach Week, David Raboy has already established a strong directing voice; his films, eerie and suspenseful, feel very contemporary and fresh and his storytelling and editing are unconventional.

“The more you can blur lines between genres the better, so the audience won’t expect the film to act in a certain way. There’s a lot of fun in pushing those genre boundaries. If you don’t know if you’re watching a horror film, it can be even scarier — I can write the rules.” DAVID RABOY

Raboy believes deeply in the power of cinema to make people feel something they didn’t feel before they walked into the theater, but he doesn’t only want to go to a horror film to jump out of his seat — he’s interested in the horror that can exist inside a normal person. His collaborators define his films by the term “emotional horror”. Raboy founded the production company/directors collective Bogie Films with his cinematographer (and roommate) Eric K. Yue, who is also a director and visual artist, documentarian Dustin Nakao Haider, and their producer Daniel Dewes. Raboy is currently developing a feature based on The Giant.