The Living Room a film by Michael Snow. 2000, Canada, 21 min. A reflection on the endless possibilities of an image and its metamorphoses by a legendary artist. 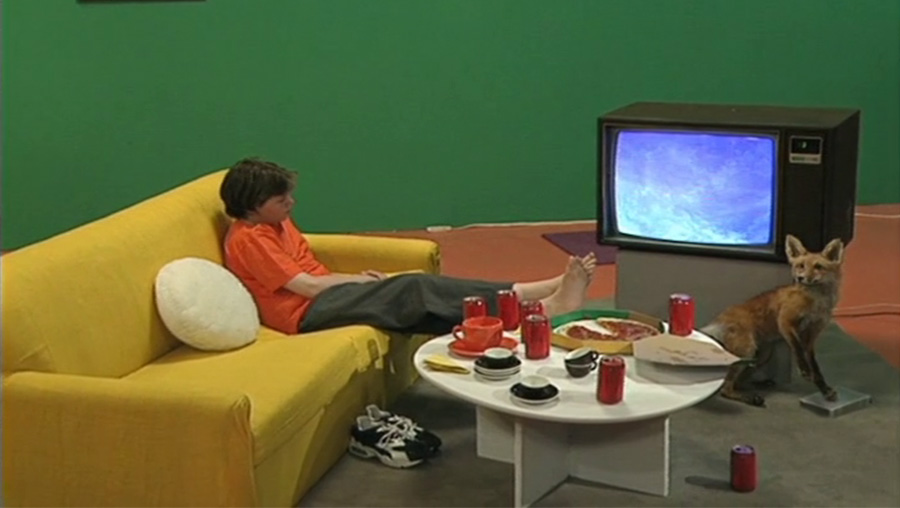 The Canadian artist, musician and filmmaker Michael Snow is one of the greatest living visionaries of perception and consciousness, a restless innovator whose Wavelength (1967) and La Région centrale (1971) are milestones in the history of avant-garde and structuralist cinema. We now present The Living Room, a short section of his 2002 film *Corpus Collosum that stands on its own as a colorful, ceaselessly inventive and imaginative exploration of the theme of metamorphosis… exploding and rearranging our ideas of time and space, inside and outside, gender, identity and spectatorship. Our screening also celebrates Light Industry and Primary Information’s reissue of Snow’s classic artist’s book and “quasi-movie” Cover to Cover (1975).

The Living Room’s genesis stretches as far back as 1981, when Snow first began writing about the artistic possibilities of stretching and squeezing film images. He experimented with early versions of these effects in his feature Presents (1981). However, Snow had to wait until the mid-90s for digital technology to catch up to his vision, and to allow him to fully realize his ideas. With the help of the Houdini animation software, he began shooting and editing the *Corpus Collosum in stages, releasing 21 standalone minutes as The Living Room in 2000 while searching for funding to complete the feature. The following quote was kindly sent by the artist, and extracted from the book Michael Snow – Sequences – A History of his Art (Ediciones Poligrafa, 2016) . 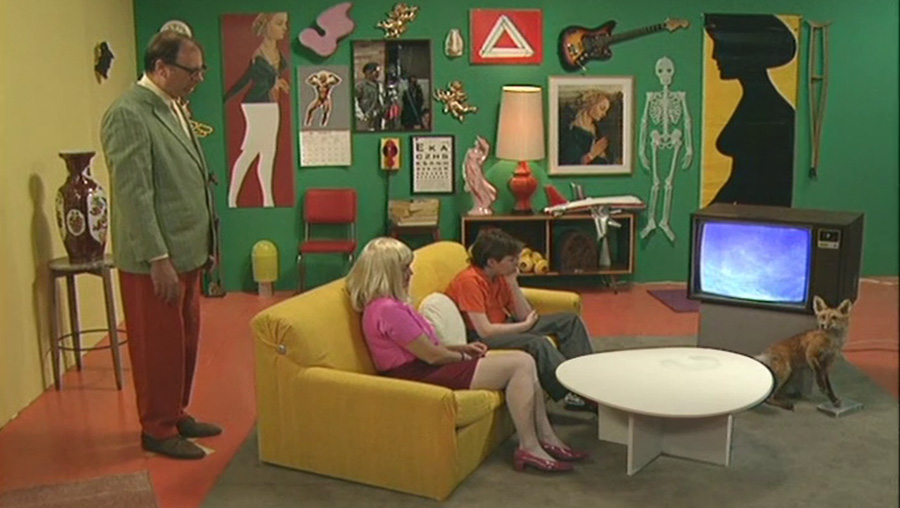 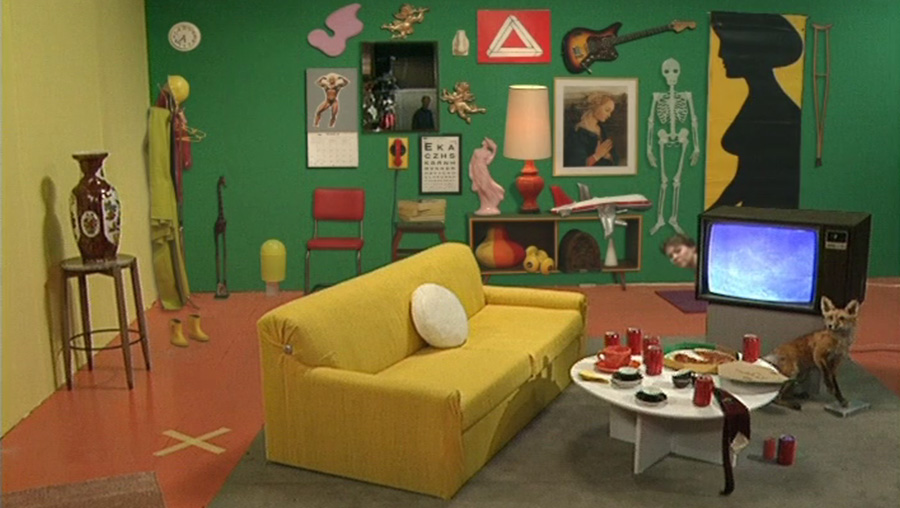 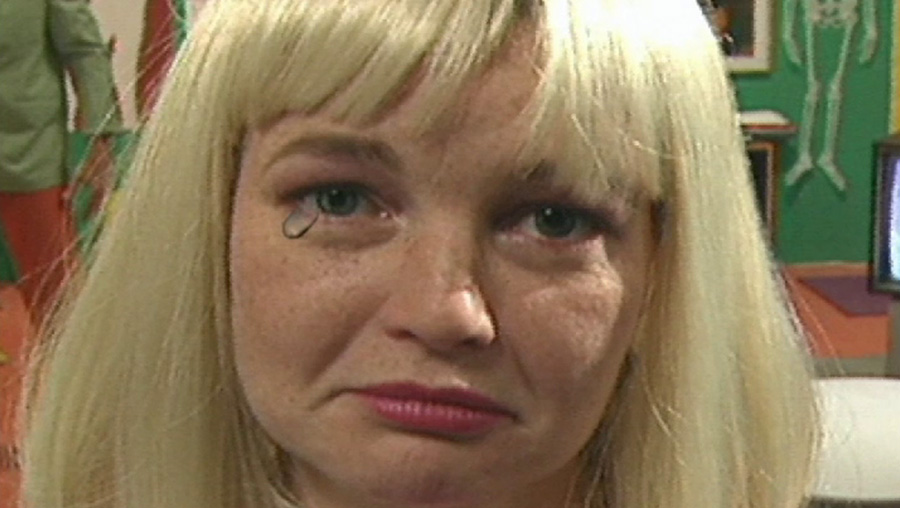 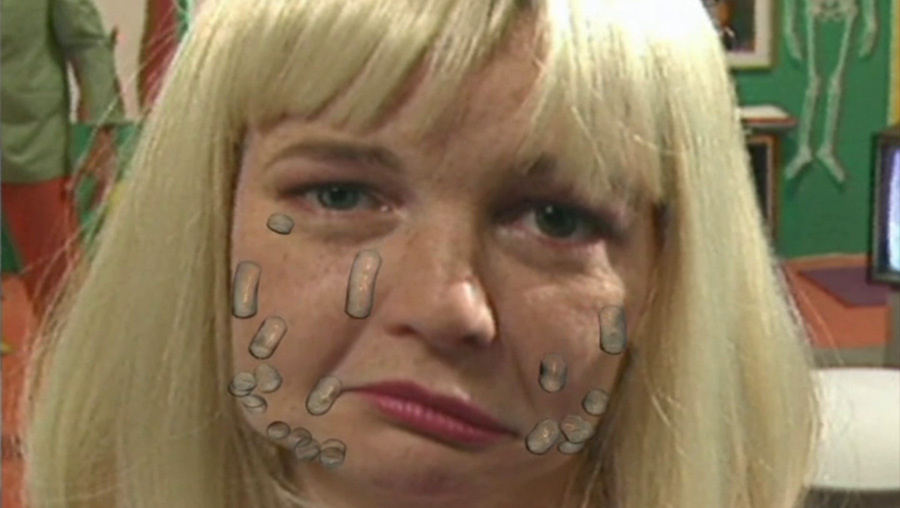 “[The Living Room] juxtaposes, or counterpoints, a realism of normal metamorphosis (two extreme examples: pregnancy, explosions) in believable, ‘real’ interior spaces with ‘impossible’ shape changes (some made possible with digital animation). First the camera, then we in the audience observe the observations of the ‘real’ people depicted in the obviously staged situations. What we see and what they ‘see’ are involved in shifting modes of belief.” MICHAEL SNOW

The Living Room entirely takes place in the eponymous space – the stereotypical setting of North-American domesticity, normalcy and the atomic family. Painted in the colors of a Hanna-Barbera cartoon, with a hilarious mix of kitsch and high-culture decor, it is also a deliberately artificial world that continually reminds us of our role as spectators. The cameraman is onscreen, reflected in a mirror (shades of Velasquez’s Las meninas), Snow’s directions are sometimes heard on the soundtrack, and the characters are mesmerized by their TV, always watching just as we do. There is a “Virgin” by Fra Filippo Lippi alongside one of Snow’s “walking women”, and between them, a work that digitally modifies the Renaissance painting to conform to Snow’s motif’s silhouette – a metamorphosis spanning across art history.

Snow was born in Ontario and studied design at the Ontario College of Art, while independently developing his skills as a painter and jazz pianist. He married Joyce Wieland in 1952, a similarly uncategorizable artist who also made significant contributions to the development of avant-garde film. In the early 1960s the couple moved to New York, where Snow would make many of his pivotal films, including Wavelength and <—> (1969). Retrospectives of his work have been mounted at the Art Gallery of Ontario and the British Film Institute. His most recent film is Cityscape (2019), a short in the IMAX format.

Credits for
THE LIVING ROOM
created by
Michael Snow