The Man Who Only Came Out At Night a film by Michael Almereyda. 2014, USA, 15 min. An Italian folktale adapted to modern New York in a beautifully surreal short. 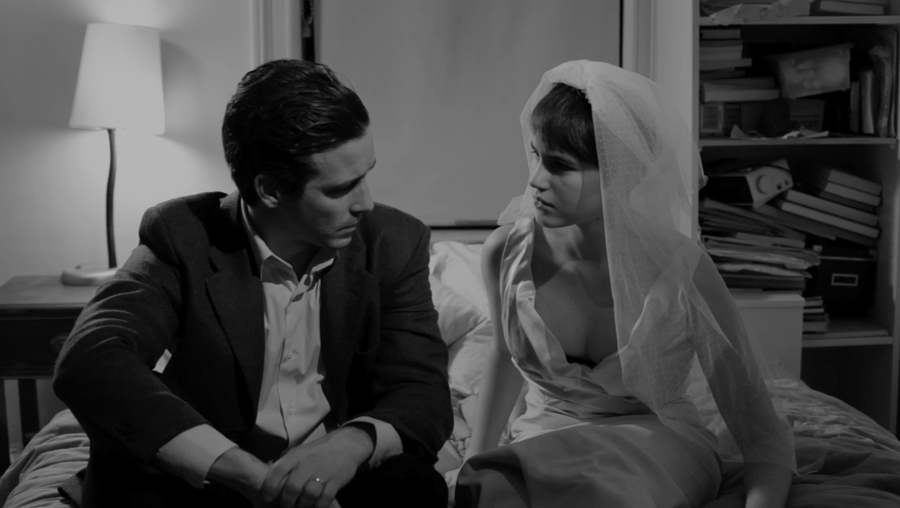 This week, we present an adaptation of an Italo Calvino tale by American filmmaker Michael Almereyda. The Man Who Came Out Only At Night is based on a short story of the same title from Calvino’s Italian Folktales, a collection of 200 stories from medieval times. Almereyda’s black-and-white short film skillfully blends a modern New York milieu with the surreal tale of a woman who needs to remain faithful to her husband in order to free him from an odd spell. The short film premiered at the New York Film Festival in 2013. This is Michael Almereyda’s second adaptation of the Italian writer’s folktales, after The Ogre’s Feathers (2012). The filmmaker intends to make more, describing the stories as “short, sharp, funny, and poignant, touching on primary aspects of human experience.” Almereyda completed The Man Who Came Out Only At Night over the course of a year between the East Village, where he resides, and Dumbo, Brooklyn.

One of the great aspects of this short is how we become lost in time and genre. The medieval story clashes with a New York City that feels both current and old – the bakery is more than 40 years old, the arch is from 1800s, and the costumes recall different decades. The film is directed in a very compelling, classical way, with magical elements continually appearing as low-key special effects. There are, however, no special effects regarding the animal – Gertrude the tortoise was found at Petco. She lives in Brooklyn and, according to Almereyda, is available for other acting gigs.

“I wanted to keep things matter-of-fact, to play against the story’s preposterousness and reliance on magic. The tone, actually, is something Calvino adheres to with great skill. In Calvino’s world, mundane reality can become magical, mysterious, surreal – and extraordinary things happen without fuss.” MICHAEL ALMEREYDA

Michael Almereyda is a prolific director, screenwriter, and producer. He has directed over 20 shorts and features, including Hamlet (2000), which he adapted for a contemporary New York setting and shot on Super 16mm, starring Ethan Hawke, Bill Murray, Kyle MacLachlan, Julia Stiles, Liev Schreiber and Sam Shepard. Almereyda received a Guggenheim Fellowship for Film/Video in 2005 and a Creative Capital Award for Moving Image in 2015. Almereyda’s work is not only tied to literature but also to photography. He directed the documentary William Eggleston in the Real World (2005) and the short Skinningrove (2012) with Chris Killip. Almereyda has also edited two books: Night Wraps the Sky: Writings by and About Mayakovsky in 2008, and William Eggleston: For Now in 2010.

Almereyda is currently working on his next feature about 19th Century visionary inventor Nikola Tesla, and collaborating with John Ashbery on a short piece about how Ashbery’s poetry has been influenced by movies. Almereyda is also writing an adaptation of Don DeLillo’s 1985 novel, White Noise, setting it in the immediate present.