The Road to Paradise a film by Houda Benyamina. 2011, France, 43 min. Single motherhood and marginalization from a sincere emerging voice in French cinema. 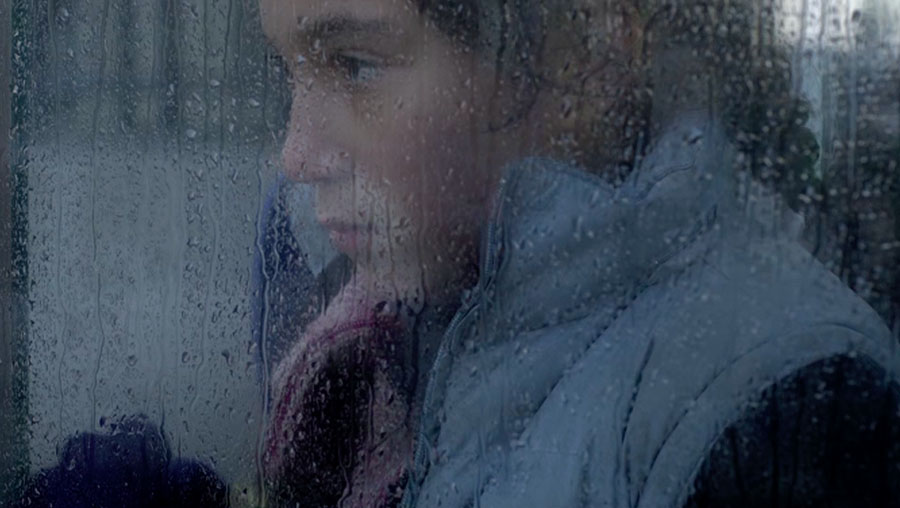 Keeping the focus on emerging directors and new voices in French cinema we turn to a mid-length feature from Houda Benyamina. She made this film before her debut feature, Divines, for which she was awarded the Caméra d’Or prize at Cannes last year. Divines, which was also nominated for Best Film in a Foreign Language at the Golden Globes, tells the story of two teenage girls, best friends from a tough suburb of Paris who, dreaming of making money, start working for the local dealer. In The Road to Paradise, Benyamina focuses on another marginalized community: the ones of the illegal migrants and romanis. The film follows Leila, a mother of two living illegally in France, trying to raise her kids while failing to connect with her husband who has crossed the border into England. To make this film, Benyamina immersed herself in a camp of illegal migrants for a couple of months. She wished to communicate the dread of expulsion and the constant feeling of urgency that she witnessed there. Her film pulls you into the difficult lives of the characters, and doesn’t let you go. It is without doubt Benyamina’s sincerity as an engaged filmmaker that makes the film so compelling.

“I am an outraged person… I’m interested by the poor and disgraced people, the ones on the margins of society.” HOUDA BENYAMINA

Benyamina grew up in an underprivileged suburb of Paris. On her way to train as a hairdresser, a teacher saw her reading Jean-Ferdinand Céline and encouraged her to pursue her studies. She later graduated in acting from the ERAC in Cannes, and went on to study acting in Minsk and New York. Acting didn’t fully satisfy her, and she starting directing a number of shorts culminating with this film. It was produced by Marc-Benoît Créancier, who also produced Divines. Benyamina is the founder of 1000 Visages, an association that aims to promote cinema and provide a better access to it in difficult areas in France.