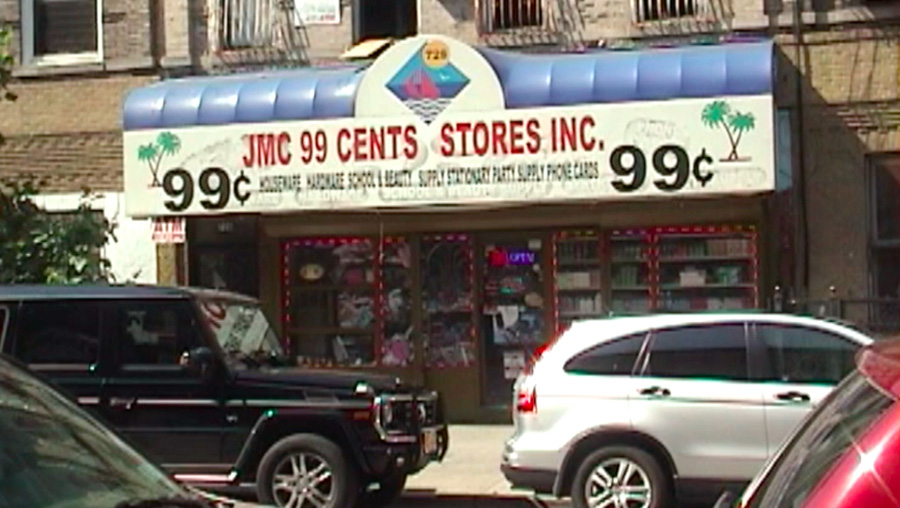 We are presenting the latest short film by the wonderful Brooklyn-based filmmaker John Wilson, known for his lo-fi street documentaries with his astute and funny narrations. The Spiritual Life of Wholesale Goods begins with Wilson discovering surprising philosophical messages printed on the packaging of dollar store products.  He decides to visit the company, which leads him to a Las Vegas trade show where he becomes acquainted with a foreign world of salesmen offering all kinds of products. Wilson is constantly shooting in the streets, often with a rough idea in mind for a film — either rooted in his personal life or something he has read about — that reveals itself once he has enough material to assemble the footage. He defines his films as collages of these street videos, layered with personal narration and interviews with other people.

“I really love being able to interview someone and penetrate this very thick armor they put on whenever they’re asked to represent a company. It speaks to the whole idea of alienation and loss of self I referenced in the film. A lot of the people I interviewed at the trade show were really happy to engage in a conversation that wasn’t directly related to their product or the company message. The monotony and repetition of convention speak and product demonstrations can begin to feel very robotic and I wanted to counter that by piercing their persona with deeply personal questions about their spiritual lives. It was crucial to show that these people had a pulse while everything else around them is automating.” JOHN WILSON

Wilson’s distinct style of filmmaking comes from a variety of influences. He studied at a small experimental film program at Binghamton University, where he was inspired by the diary films of George Kuchar and the works of Nick Broomfield, Louis Theroux, Les Blank, Bruce Brown and Frederick Wiseman. His first job after college was for a private investigator in Hanson, Massachusetts: “I spent that year alone in a dark room watching footage of complete strangers for eight hours a day. Ever since then I’ve been shooting from a similar distance.”

Wilson is a filmmaker who is excited by the digital age and the freedom for everyone to distribute their own content online, by the fact that a movie can be anything a filmmaker decides it to be, and by the way people experience media outside of what is dictated by the industry.

He started making small how-to videos, seduced by the idea of making something completely independently, with no money involved. His films include: How To Live With Bed Bugs (2013), made after his flat was infected with bed bugs; How To Keep Smoking (2014); and How To Walk to Manhattan (2013). Wilson also made the short documentary Temporary Color (2015), after filmmakers Bill and Turner Ross asked him to follow the production of their documentary, Contemporary Color (2016), on David Byrne. John Wilson’s films are available to watch on johnmovies.com.

The Spiritual Life of Wholesale Goods was part of Memory’s Program No.2, a touring series of short films by emerging and award-winning filmmakers. The full program is now available to watch on VOD.