THE STRANGE ONES a film by Christopher Radcliff and Lauren Wolkstein. 2011, USA, 14 min. With David Call, Tobias Campbell and Merritt Wever. Mystery at a roadside motel in a brilliant psychological thriller inspired by true-crime cases. 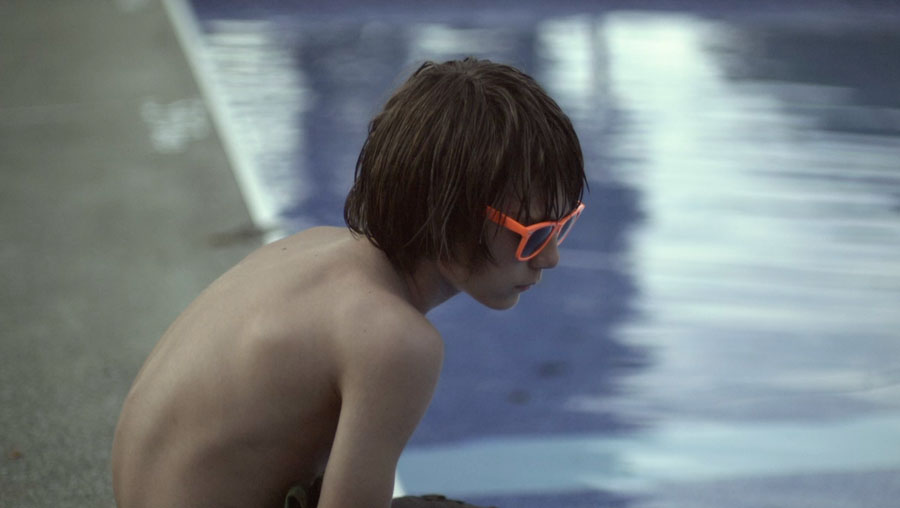 This week, we’re presenting the short film on which the upcoming feature The Strange Ones is based. That film, which is the first feature from American directors Christopher Radcliff and Lauren Wolkstein, was selected last year at SXSW. In the original short, a mysterious, brilliant psychological thriller, we are introduced to two travelers, a man and a young boy, who stumble upon a small roadside motel and the girl working there. As the three start talking, things become stranger and darker.

The story for the short was inspired by various true crime cases, some involving kidnapping and murder, that Radcliff and Wolkstein had been researching. The Strange Ones not only displays admirable, assured filmmaking from the young directors, but also wonderful performances by their three actors: David Call (James White, Tiny Furniture), Tobias Campbell and Merritt Wever (Nurse Jackie,  Birdman). Following the success of the script, which premiered at Sundance in 2011 and traveled in over a hundred festivals around the world, they decided to expand the short into a feature. Both through their short films and their feature, the filmmakers were excited by exploring and depicting the ambiguity of truth.

“As filmmakers, we are most interested in stories that leave a strong impression but somehow stop short of surrendering to a tidy explanation, and in characters that have secrets that may or may not ever be fully revealed. There is something more satisfying in this for us – as if the truth, by virtue of remaining unseen, can expand upon speculation and become something larger, more profound, and more fascinating than a straightforward answer. Perhaps we find also that this is a more accurate reflection of real life­­­.” CHRISTOPHER RADCLIFF & LAUREN WOLKSTEIN