THE TRAVELLING COMPANION a film by NIKI DE SAINT PHALLE. 1977, France, 7 min. A dazzling, inventive, and rarely-screened fairy tale from the feminist artist.

Described by the New York Times as “at once avant-garde and populist,” Saint Phalle was self-taught and fiercely experimental across paintings, sculptures, public works, and more. Her playful shapes and lively color palettes were influenced by Dada and Antoni Gaudí, but she blended her inspirations into a singular style, politically engaged but not esoteric. This is perhaps best exemplified by her ongoing series of “Nanas,” boldly scaled tributes to everyday women as joyful as Matisse figures. Saint Phalle’s talents translate seamlessly into the psychedelic sets of The Travelling Companion, a Hans Christian Andersen adaptation she scripted with Constantin Mulgrave. 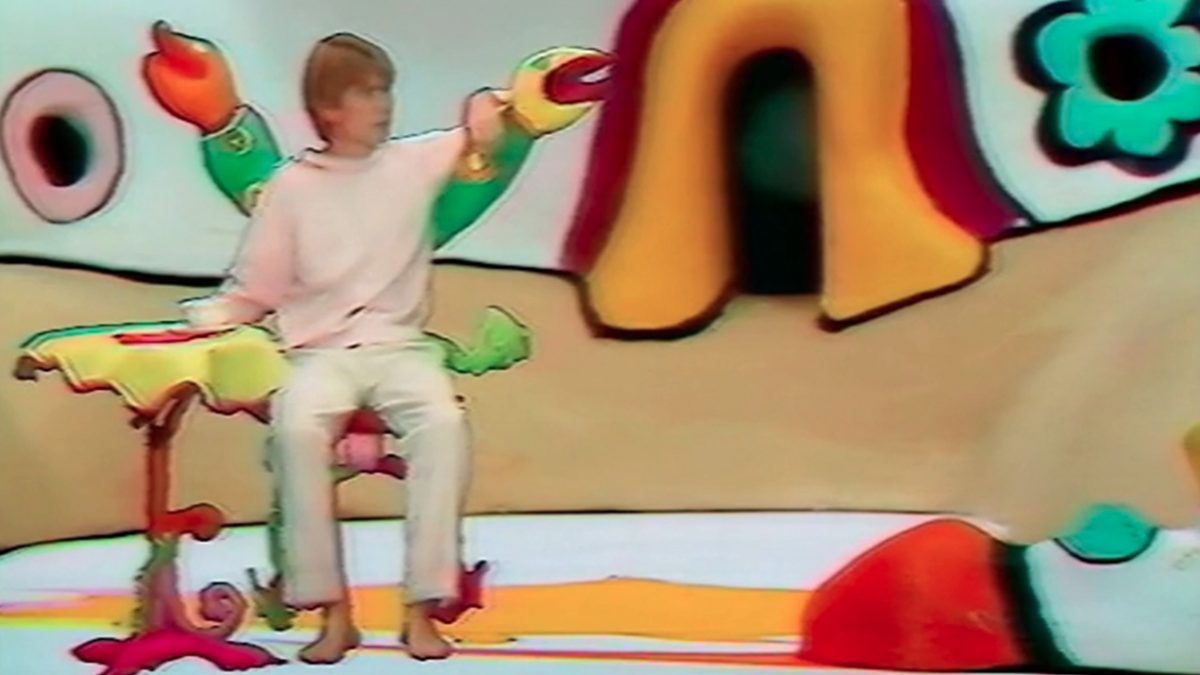 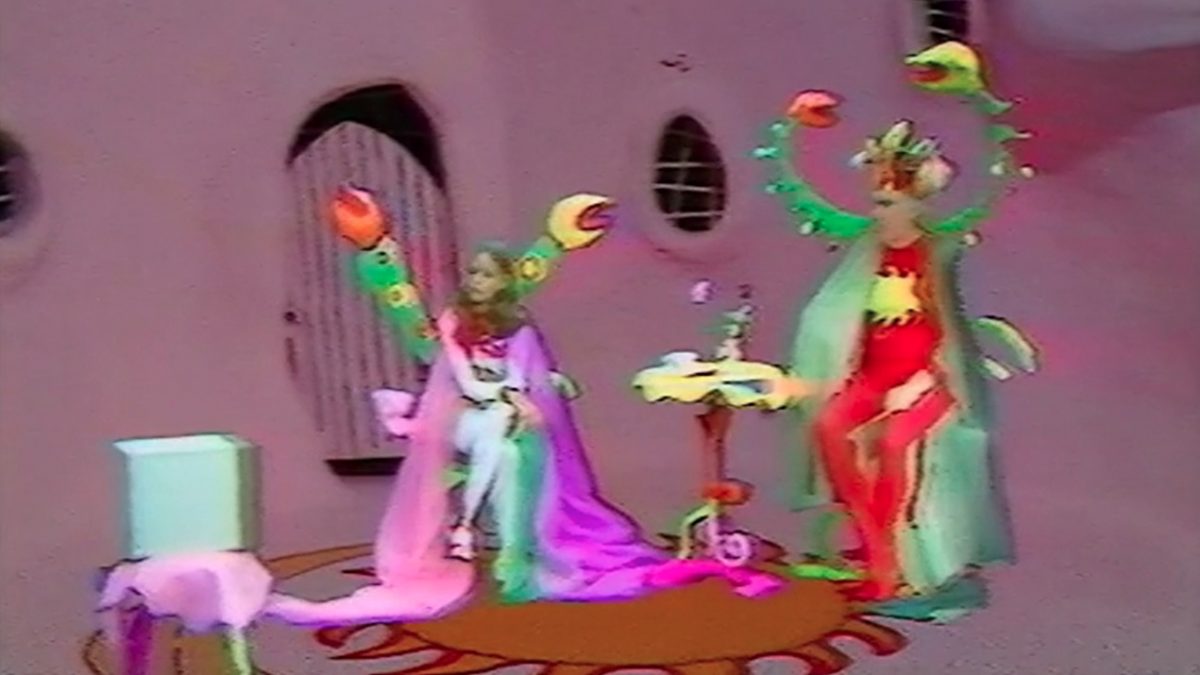 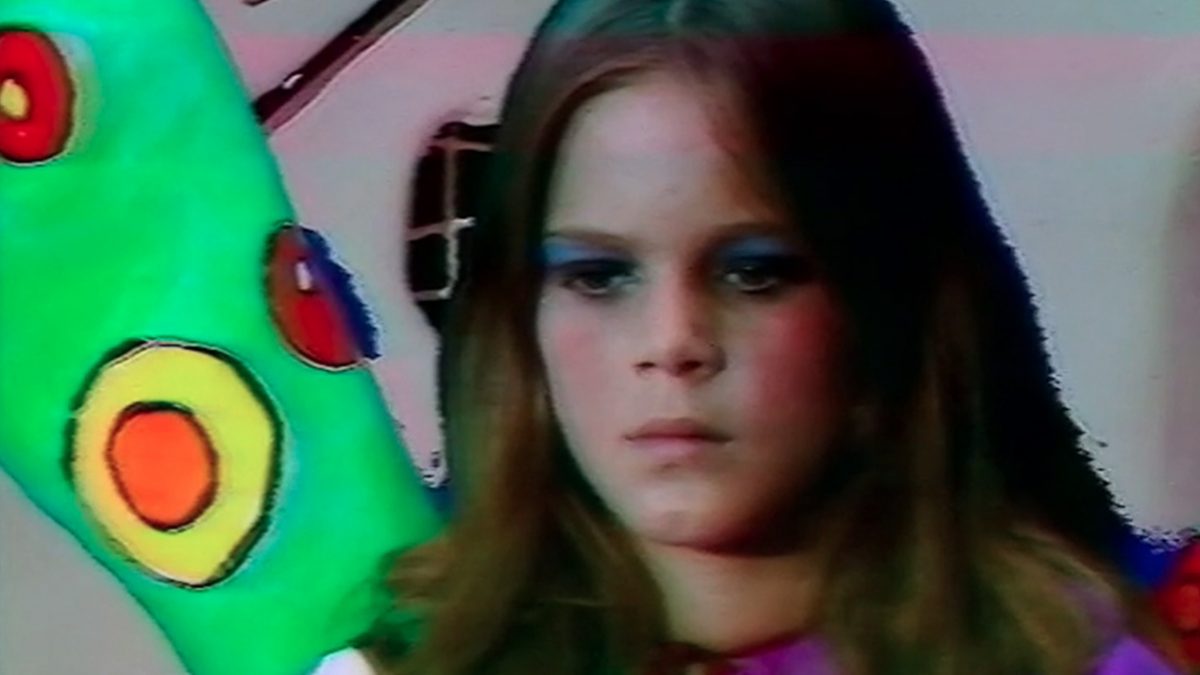 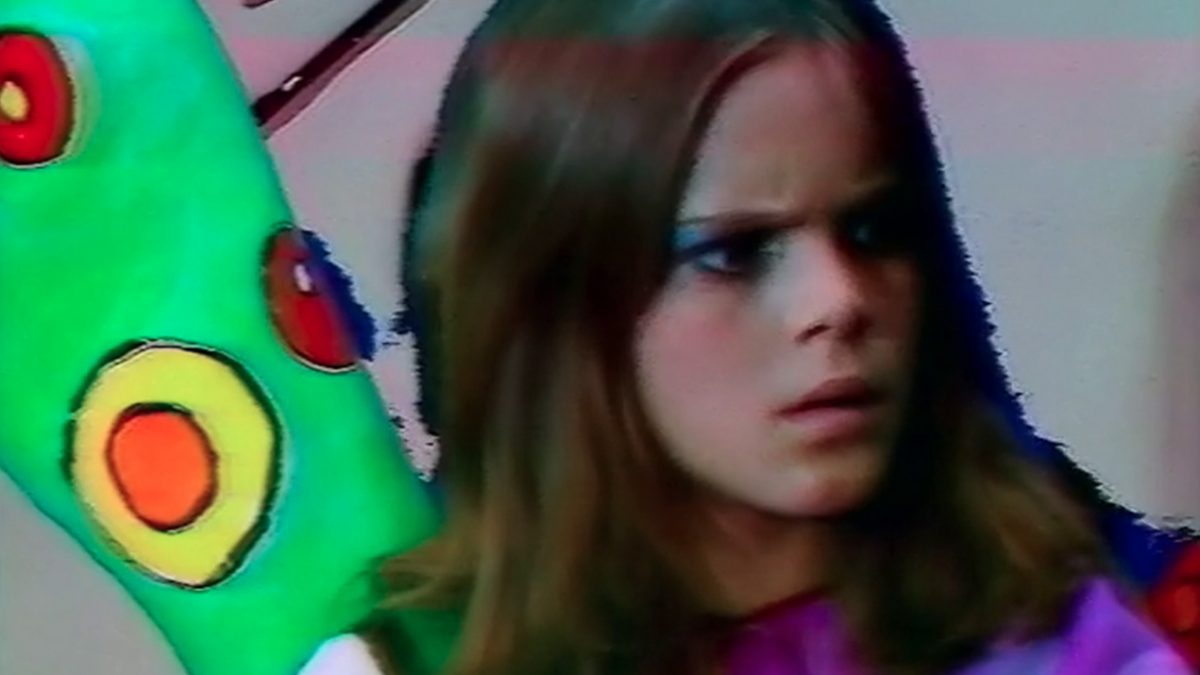 “I used to think there was a need to provoke, to attack religion and the generals. And then I understood that there is nothing more shocking than joy.”—NIKI DE SAINT PHALLE

As a fairy tale, The Travelling Companion instills a sense of fun and wonder. Characters fly using early chroma-key effects, the rainbow-colored castles are otherworldly, and Saint Phalle plays with genre tropes (particularly the character of a surly, bewitched princess). Although technically unfinished—a tongue-in-cheek title card requests financing for the “next thrilling installment”—the film’s design is nothing short of complete. “I like the fact that I am able to say something on a very immediate level,” Saint Phalle once reflected. “So much art has become tied up with ideas, with philosophy, with the abstract, and a lot of people feel excluded from it. Nobody is excluded from my work.”

Saint Phalle was born in Paris in 1930 and grew up in New York. She began painting in the early ’50s, and collaborated on her earliest ironworks with kinetic sculptor Jean Tinguely, whom she later married. Notable projects include the “shootings” she staged in the ’60s—in which spectators were given a rifle to splatter paint on canvas—and the Tarot Garden, a sprawling sculpture park she built in Tuscany. In her art and writing, Saint Phalle made a point of emphasizing urgent causes like climate change, HIV/AIDS awareness, and gun control. After illnesses likely caused by fumes from her art materials, she passed away in California in 2002.