The Yellow Island a film by Léa Mysius and Paul Guilhaume. 2015, USA, 29 min. Adolescent adventures by the sea in this beautiful tale by an exciting young French talent. 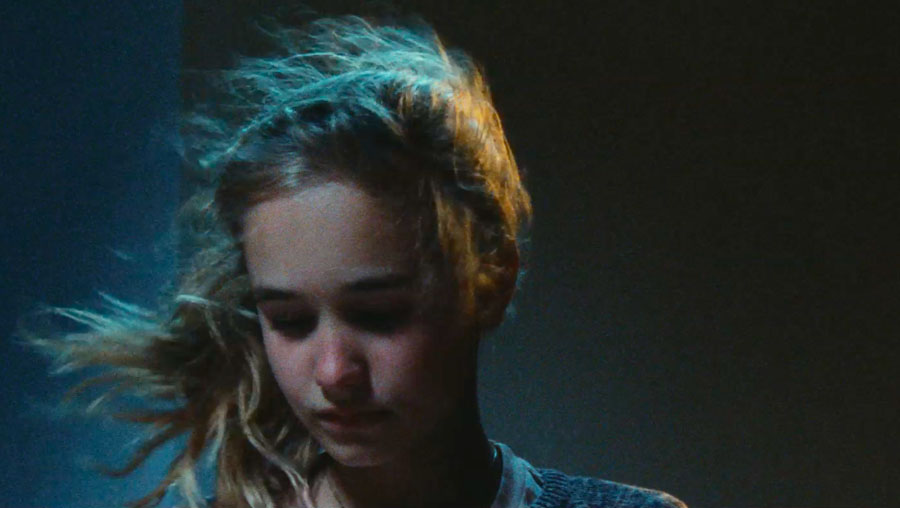 This week, we are presenting a beautiful short film directed by Léa Mysius, who was one of the revelations at this year’s Cannes Film Festival with her debut feature Ava, which was highly praised in Critics’ Week. The 28 year-old filmmaker co-directed The Yellow Island with Ava’s talented cinematographer and co-screenwriter Paul Guilhaume. The Yellow Island is a thirty-minute film about adolescence and first summer loves that stands somewhere between a coming-of-age drama and a tale. In the film, Ena, an 11 year-old girl, asks her strange and solitary sailing classmate to take her to his remote island, secretly hoping to meet again a young fisherman.

Mysius and Guilhaume wanted to make an adventure movie based on their teenage memories — both grew up on the French Atlantic coast. They shot the short film on 16 mm with anamorphic lenses as they looked to soften the exterior light as well as the texture of the skin of their actors. The final song is the theme from Maurice Pialat’s A Nos Amours (1983) – a funny nod to the great French movie, after the editor highlighted some existing parallels between the two films.

Raised in a family of cinephiles, Mysius initially imagined becoming a novelist. She later joined the screenwriting section of the prestigious French film school La Fémis, where she wrote the screenplay for Ava during her final year. The film follows a young teenager who gradually loses her sight one summer. While on holidays with her mother, she decides to live that summer fully, enchanting the world around her and befriending a wandering young outcast. Mysius was also credited as a co-writer of Arnaud Depleschin’s new film Ismael’s Ghosts which opened the Festival de Cannes and stars Mathieu Amalric, Marion Cotillard and Charlotte Gainsbourg. More recently, another great French filmmaker, André Téchiné, has asked her to co-write his next feature. The great young talent Léa Mysius is clearly at the beginning of a long and interesting career, and we’re excited to see what she does in the years to come.