Those for Whom It’s Always Complicated a film by Eva Husson. 2013, USA, 50 min. An L. A. couple retreats to Death Valley in this work by an up-and-coming French director. 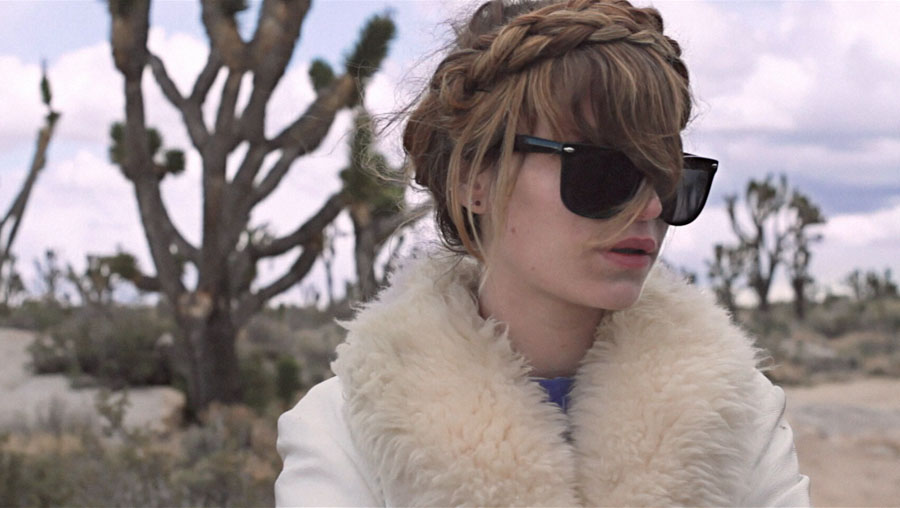 Every year, during the Festival de Cannes, we highlight some of the directors selected in the main competition of this prestigious annual rendez-vous of international cinema.

This week, we are happy to present Those for Whom It’s Always Complicated, a mid-length film directed by French filmmaker Eva Husson, whose second feature Girls of the Sun premieres tomorrow in Cannes, and stars Golshifteh Farahani as a commander in chief of a Kurdish female battalion preparing to liberate her hometown from the hands of extremists. Shot in five days in the Death Valley, Those for Whom It’s Always Complicated is an English-language romantic comedy. It tells the story of an L.A. couple, Camille and G. J., who escape the city for a weekend trying to rekindle their relationship, when G. J.’s best girlfriend crashes their road trip.

Eva Husson wrote the film in collaboration with her cast, shooting it in five days. A self-produced project made on the go, where Husson was also the cinematographer, the film is an early testimony to her directing strengths – leading her story with sincere, sensitive dialogue and a cinematic sense of her camera. The 50-minute film played the festival tour before it aired on the European TV channel Arte in 2014.

Eva Husson has lived between the U.S., France and Spain most of her adult life. After obtaining a Masters in English Literature at La Sorbonne, she completed an MFA in Directing at the American Film Institute in L.A. Her first short Hope to Die (2004) screened in various festivals including Cannes, Tribeca, Deauville, and it was nominated for awards at the Student Academy Awards and the American Society of Cinematographers. Her first feature Bang Gang (A Modern Love Story) (2015), following the sexual exploits and awakenings of a group of adolescents in a small town of France in the age of social media, premiered at the Toronto International Film Festival. It was praised by the French critics and released theatrically in the UK and the U.S. We look forward to seeing her new feature Girls of the Sun.