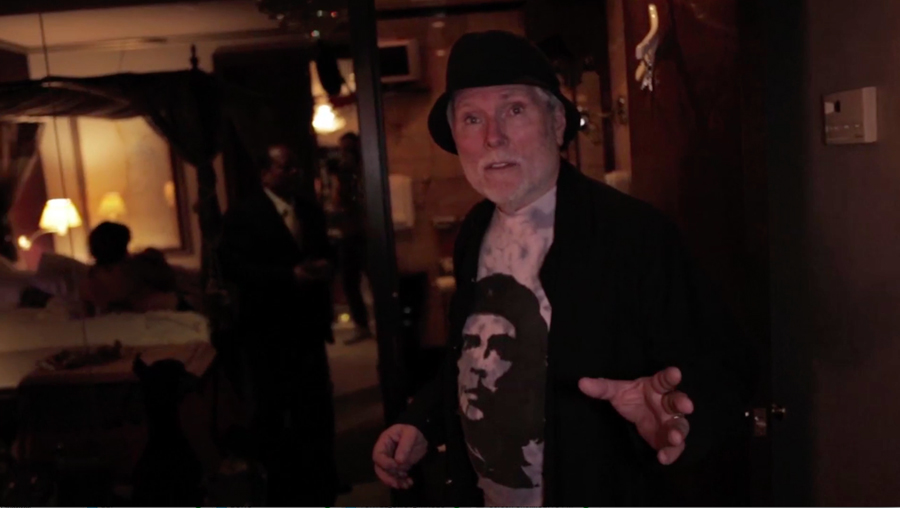 The third selection in our Cannes series celebrates the premiere of Josh and Benny Safdie’s much anticipated feature Good Time, screening in the festival’s main competition this coming Thursday. We’ve showcased the Safdie brothers many times since the start of Le Cinéma Club, and we couldn’t be more excited to see their new feature in Cannes’ Grand Théâtre Lumière. On this occasion, we present Trophy Hunter, a short, fake documentary about illegal wildlife trade that Josh and Benny made for the Turtle Conservancy in 2012.  It features the late great New York icon Glenn O’Brien visiting an eccentric Chinese collector.

Once again, the Safdie brothers bring us into the underworld of New York City creating characters that are both cinematic and authentic — successfully using, as they often do, a cast of non-actors. Glenn O’Brien, who regrettably passed away last month, was an influential writer and editor who started his career when Andy Warhol hired him to edit the magazine Interview in 1971. A few years later, he launched TV Party, a public access television show with guests such as Debbie Harry, David Byrne, Iggy Pop and Jean-Michel Basquiat.

In Trophy Hunter, Glenn O’Brien knocks on a door, followed by his cameraman and boom operator Josh and Benny Safdie. They take us to a secret apartment full of wild treasures, each presented by the Chinese collector, the trophy hunter, who delivers a wonderful performance. He would have indeed fooled us if we didn’t know this was a fake doc.

Josh and Benny Safdie began their careers shooting films with virtually no budgets in the streets of New York. In a few years, they have established themselves as two of the most exciting and original voices in American cinema. Their last feature, the critically acclaimed Heaven Knows What, premiered at the Venice Film Festival in 2015.

In the brothers’ latest film Good Time, the lead character played by Robert Pattinson embarks on a mad odyssey through New York’s underworld in a dangerous and desperate attempt to get his brother out of jail after a botched robbery. The cast also features Benny Safdie, Jennifer Jason Leigh, Barkhad Abdi, Buddy Duress, and Taliah Webster. The film will be released by A24 on August 11th in the U.S. The Safdie brothers recently announced that Jonah Hill will star as the central character in their next feature Uncut Gems, set in the diamond district.