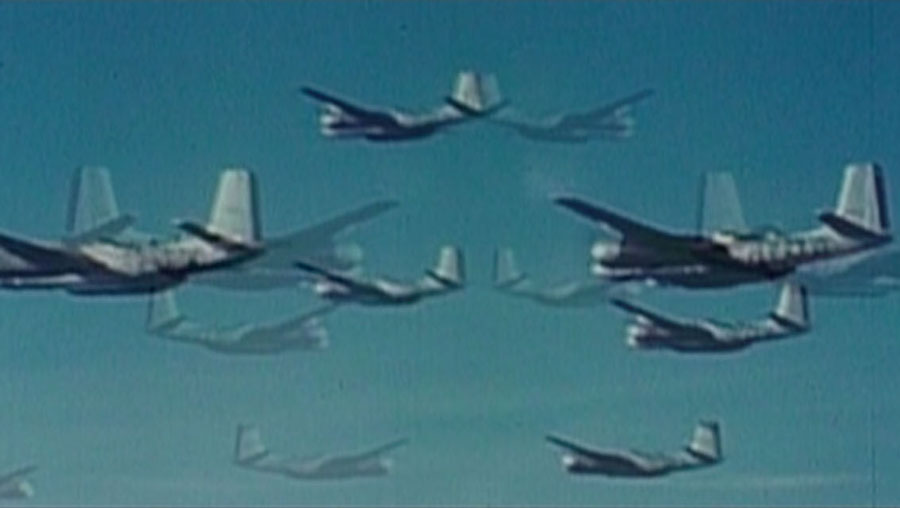 For the transition to this new year, we present Under Twilight, a short film by French filmmaker Jean-Gabriel Périot. In this five-minute film, aerial shots of American planes during the Second World War are cleverly mounted to form a fascinating visual spectacle described by Periot as “beauty and/or destruction.” “I make films because I don’t know. I seek. I try to see things more clearly, pushing myself to at least know how to express questions. It’s a way for me to open a place for thought.” JEAN-GABRIEL PÉRIOT

Jean-Gabriel Périot is known for his work with archival footage to interrogate the relationship between history, memory and images – both still and moving. We previously presented The Devil (2012), about the Black Panthers. Peri recently transitioned into directing features with A German Youth (2015), a documentary about the Baader-Meinhof Gang, and Summer Lights (2017), his first fiction film, set in Hiroshima 70 years after the bombing.

Credits for
UNDER TWILIGHT