UNNAMED FILM a film by NAOMI UMAN. 2008, Ukraine, 55 min. A precious, handcrafted capsule of tradition and resilience in rural Ukraine.

Naomi Uman traveled to the Ukrainian village of Legedzine in 2005, hoping to acquaint herself with the country that her great-grandparents called home. She ended up living there for ten years, and in the process, compiled a collection of shorts called The Ukrainian Time Machine. One of these works is Unnamed Film: a precious, 16mm capsule of daily village life.

The film is a patchwork tapestry of the townspeople’s different trades; Uman glimpses women at work in the fields, the rhythms of a brick factory, and the delicate process of pickling and preserving food. All the while, Uman immerses us in Legedzine’s everyday music, in footsteps crunching in the snow and traditional folk songs. For Uman, these intimate moments reveal the “depth and grace of rural Ukrainian culture, and the respect for the land, community, and self-sufficiency.” 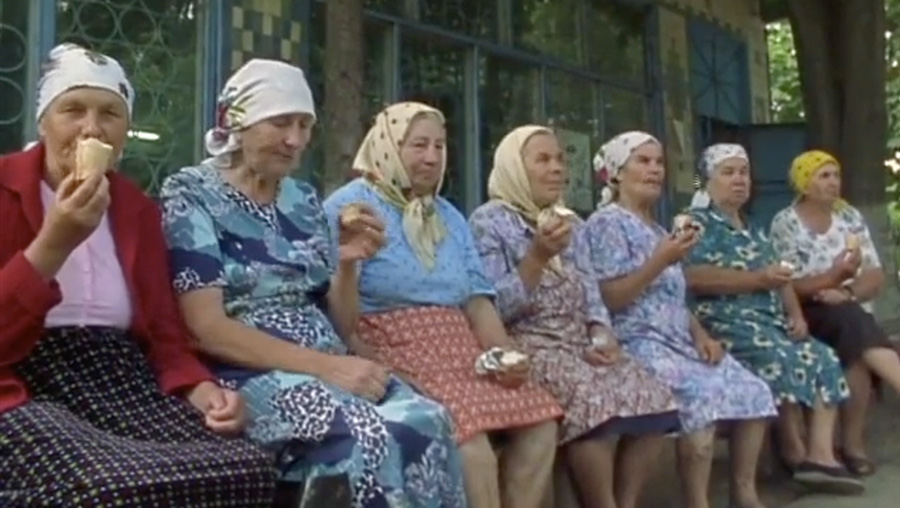 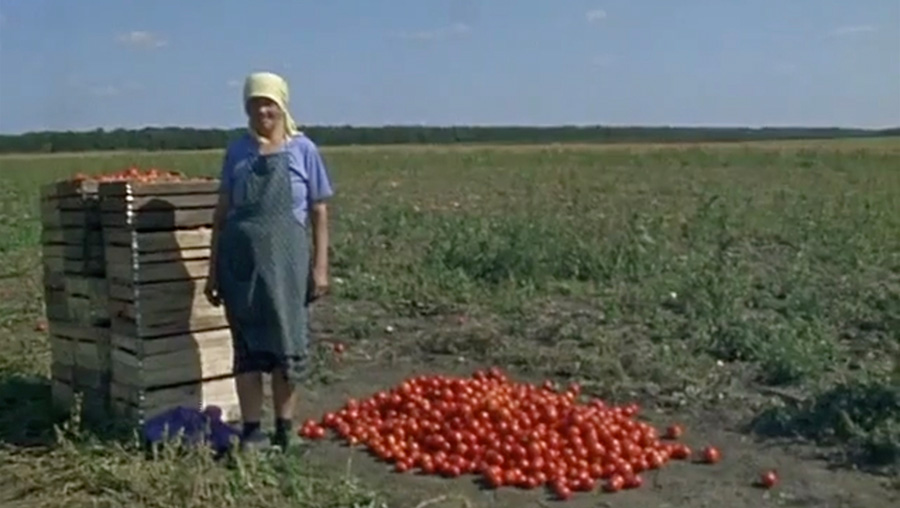 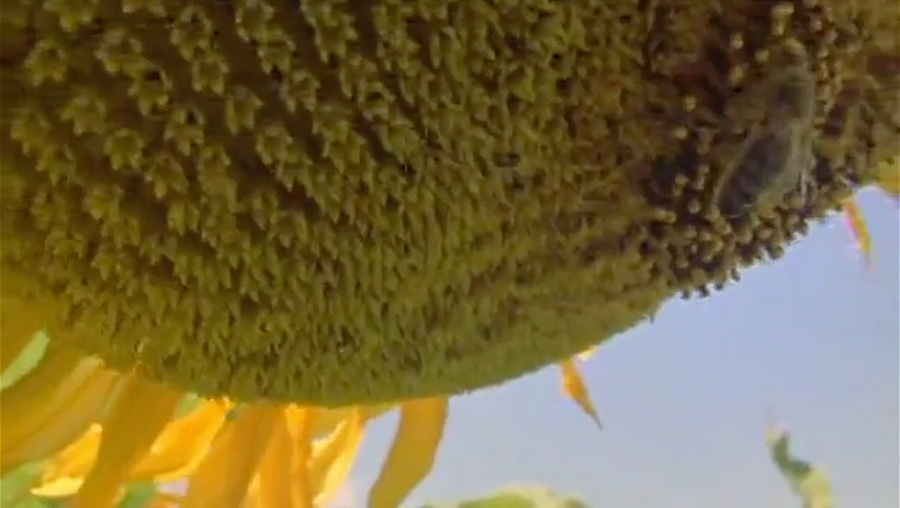 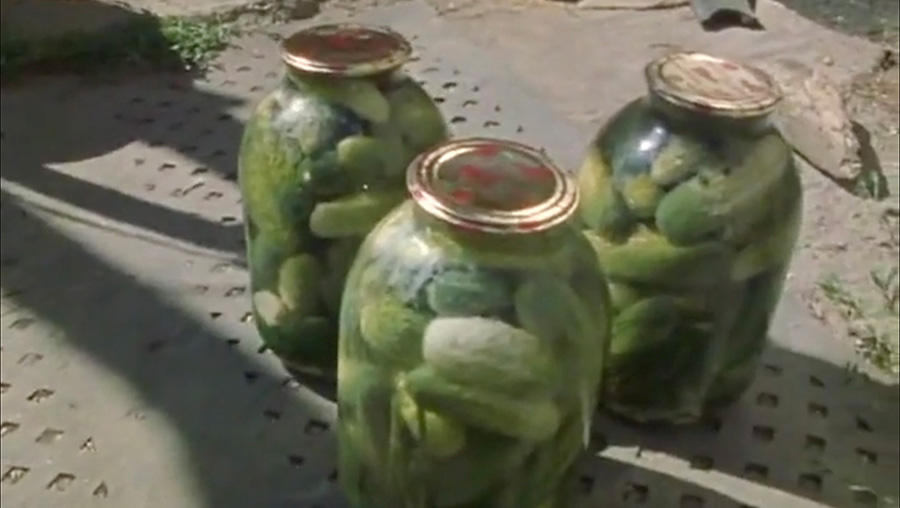 “As an outsider, working and traveling alone, I had the chance to learn from everyone I met. This flipped the typical power dynamic of a filmmaker, possessing the camera and the tools for editing, who usually has full control. I felt like a child, awestruck and open eyed, vulnerable.” NAOMI UMAN

Uman emphasizes that she is just a visitor, yet her affection for the townspeople is clear and mutual. “I was taken in and taken care of by the entire village,” she writes in one of the final title cards. Between moments of celebration and tales of hardscrabble, grueling resilience, Uman dwells on daily tasks that are tactile and meditative. “So many ways of living are disappearing: the neighborhood clock repair, shoe repair, and tailor have become fewer and fewer,” Uman notes. “I believe that repairing things can be a revolutionary act. It makes sense to me to document vanishing ways of life in a medium that, itself, is slowly vanishing.”

Uman received her MFA in filmmaking from the California Institute of the Arts in 1998. Her art is thoroughly handmade; she processes celluloid by hand, shoots and edits her films by herself, and even hand-stitches her own clothing. Her experimental portraits and ethnographies have screened at the Sundance, Rotterdam, and New York Film Festivals, as well as the Guggenheim Museum and Mexico City’s Museo de Arte Moderno. Based in Mexico City, Uman is currently working on a triptych of films centered on an Albanian village, encompassing a poetic work about the loss of her dog, an exploration of gender inequality, and a self-reflexive video piece made in collaboration with the villagers.

Uman is collecting donations to aid the village of Legedzine; please reach out to naomiuman@gmail.com to learn more. The Docudays NGO and Docudays UA festival have also established the DOCU/HELP fund to provide support for Ukrainian filmmakers.