Vega a film by Virgil Vernier. 2014, France, 7 min. Reality is the raw material of this short blurring the lines between documentary and fiction. 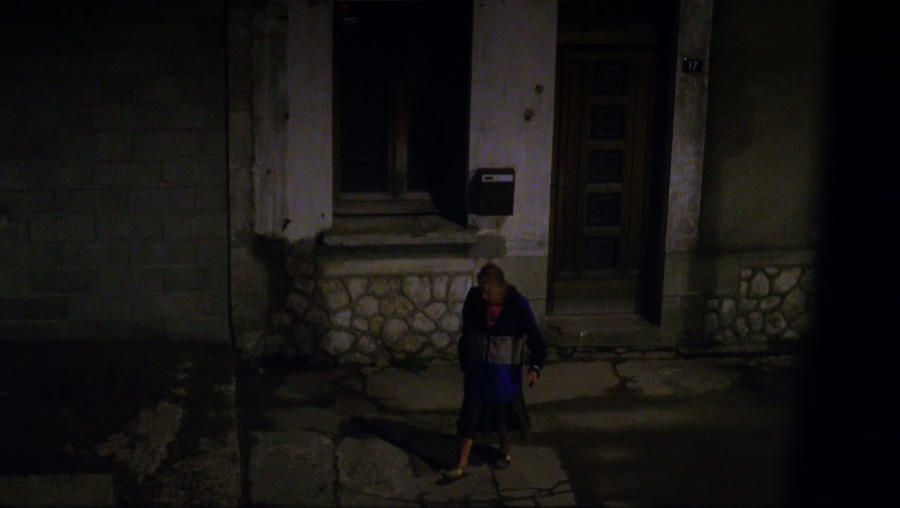 If Virgil Vernier’s name is often associated with the words avant-garde or the revival of French cinema, it must be because his work reflects on the form and the direction cinema is heading. Vernier studied at the Beaux-Arts de Paris. Directors such as Pasolini, Godard, Wiseman — filmmakers that have, in their time, redefined the way we tell stories in cinema — inspired him to make films. Vega, shot in 16 mm, is Vernier’s shortest film and a perfect representation of why his work has been so talked about in France in the past few years. In this film, the filmmaker erases the line between documentary and fiction. Reality isn’t just a source of inspiration for Vernier – it’s his raw material.

“His cinema is highly contemporary. He manages to find beauty in the world as it is — an unusual beauty, one that is mysterious, fantastic, strange. It’s admirable, on an intellectual, plastic, and poetic level.” YANN GONZALEZ

In Vega, Vernier takes a real life person and turns her into a film character. The film is a window into this older woman character who tells us, or rather tells herself, stories about her life and her numerous affairs. Vernier has always been fascinated by outcasts talking out loud to themselves in the streets. He finds that if their words seem irrational at first, they often make sense — and are even very poetic — if you listen closer. Vernier met this woman as he was scouting in the Parisian suburbs. He tracked her down and convinced her to let him shoot her.

Although Virgil Vernier has directed only one feature, Mercuriales (2014). A DVD boxset of all of his films, including numerous shorts and mid-length films, was released in December 2015. Vernier is currently completing research for his next feature, as well as working on a series of books — archives of the 21st century, comprised of images found in the media and in advertisements — published by Editions Lutani.