Wasp a film by Andrea Arnold. 2003, UK, 24 min. With Danny Dyer and Natalie Press. Raw characters pull the viewer through a bleak situation in this must-see short by a brilliant director. 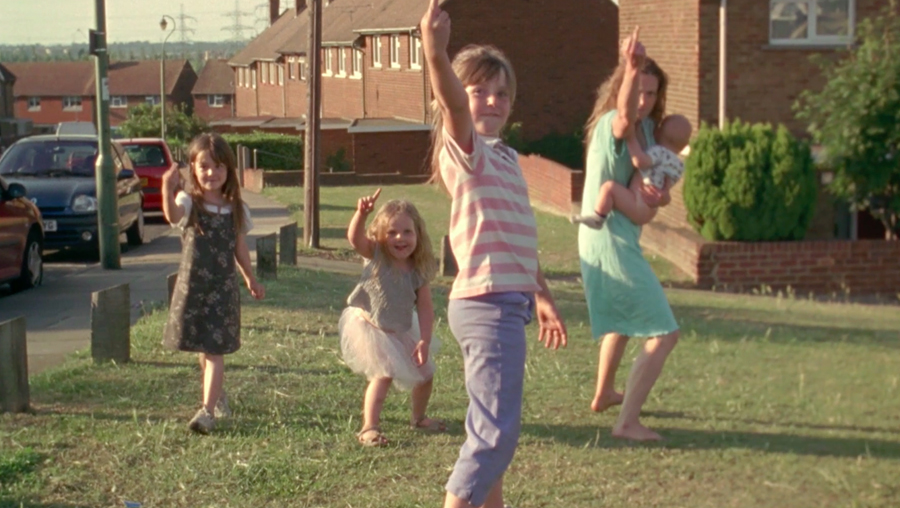 On the occasion of the world premiere of Andrea Arnold’s new feature American Honey, screening in competition at the 69th Cannes Film Festival, Le Cinéma Club presents the director’s must-see short film Wasp, winner of an Academy Award for Best Live Action Short Film in 2005. Andrea Arnold has an impressive record in Cannes: her first two features were both awarded the Jury prize: Red Road (2006) and Fish Tank (2009). In 2012, Andrea Arnold was a member of the Festival’s Jury. Wasp is a prelude to Red Road and Fish Tank, revealing her talent as a director and screenwriter.The film takes place within the socially distressed British suburbs. The characters are captivating, they feel truthful, raw and cinematic. The subjects are so well-drawn, they pull you well beyond the bleak situation. Wasp follows a single mother too young to already have four children, and too poor to feed them. When she runs into an ex-boyfriend, very eager to score a date with him, she pretends she is just babysitting the kids. The short was shot in Dartford, a south east London working class suburb, where Arnold grew up (Dartford is also the hometown of Mick Jagger and Keith Reichards). Andrea Arnold writes about what she knows.

“I try and be truthful. With endings, beginnings, the million choices in between. To me, that’s the point of it all, making those choices honestly. Black coat or brown? Naked or dressed? Films are all about decisions, and that’s what I love.” ANDREA ARNOLD

Andrea Arnold left school at 16 and went to live in London. She first became known as an actress and hostess for a children television show. She later studied at the American Film Institute of Los Angeles and started directing short films. Her debut feature Red Road put her on the map as one of the most exciting new British filmmakers, winning comparisons to Michael Haneke and Lars Von Trier. She established herself with her unique style and voice almost immediately with Wasp and Red Road. Arnold’s third feature Wuthering Heights is an adaptation on Emily Brontë’s 1847 novel, another film of hers we loved.  She recently directed two episodes of the television series Transparent.