We’re Going to the Zoo a film by Josh Safdie. 2005, USA, 14 min. An early short that vitalized the cinematic vision of a favorite contemporary director. 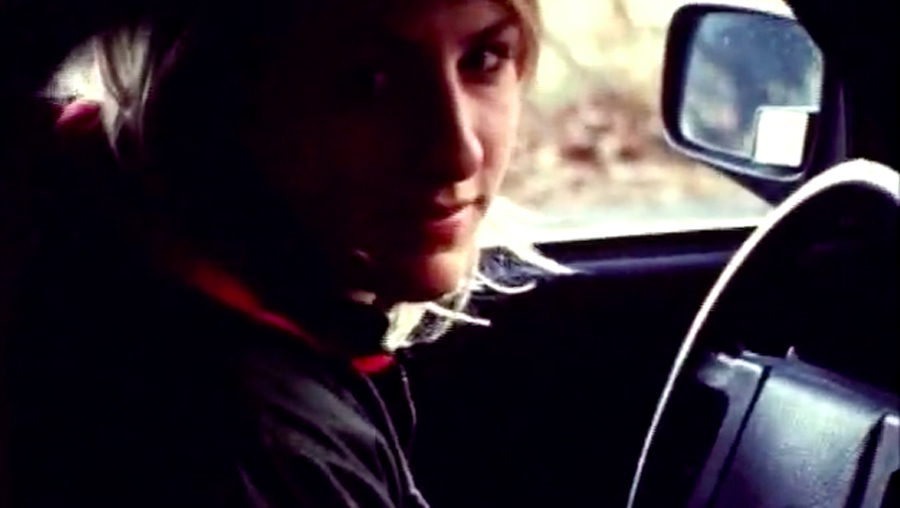 Le Cinéma Club is presenting a short made by Josh Safdie, one of our favorite American directors, while he was still a film student in Boston. Safdie, who grew up and lives in New York, has co-directed with his brother Benny a great series of short films and four critically acclaimed features including their latest Heaven Knows What (2015). In the past ten years, they have established themselves as two of the most interesting voices in new American cinema, developing a personal style that blends their love for New York City and its eclectic characters with a true passion for the art of cinema. They recently finished shooting Good Time (2017), starring Robert Pattinson as a bank robber on the run, which will be released by A24 next year. They have announced their next project Uncut Gems, set in Manhattan’s diamond district, and executive produced by Martin Scorsese among others. We cannot wait to see both.

Josh Safdie talked to us about one of his first films: We’re Going To The Zoo.

How would you describe the story?

It’s about a woman driving her younger brother to a zoo and how they accidentally picked up a hitchhiker.

How attached are you to this early short of yours?

Zoo was monumental for me. I can only liken it to Lacan’s mirror stage as pretentious as that sounds. It was THE moment when I figured out how to speak “film.” Kind of like that moment when hearing your own voice played back for you is no longer dreadful. In the process of making the film, I learned how I wanted to shoot a close up, how to use real life to the film’s advantage, how to find that balance between the real and the “real”…

I became obsessed with reifying impossible moments between Mickey and Giocomo (real life siblings who play brother and sister in the film), and my immediate collaborators. I tapped into something for myself. Some sort of personal aesthetic guide, a philosophy that was built upon contradictions. A dirty whimsy. Sloppy yet totally controlled. It was exciting.

I had been in school, and up to that moment in 2004, I had made plenty of short films with my brother and friends, but none of which really spoke to me as something eternally “mine.” In the years leading up to it, I had been digging into the films of Cassavetes, Kieslowski and the God Jean Vigo. Jean Vigo was huge for me, so huge that when I met Luce Vigo at a French film festival, I grabbed her and kissed her.

How did you come up with the story?

After the characters were realized, I brought a bunch of disparate ideas to the table that all felt the same to me, like they were all part of a single story. Working on the story with Sam Lisenco, Brett Jutkiewicz, Dan Samiljan and of course Mickey Sumner, forced a discourse that reified the ideas and cemented them together as something fluid. Something wasn’t in the script unless we could justify it emotionally, that was always the barometer… Sometimes one of us would speak on behalf of story, but the beauty of a road film is that the narrative writes (or rights) itself.

I was obsessed with this concept of forcing yourself to embrace change and interact with a stranger, i.e. a hitchhiker. Simple, stupid, but open enough to express ourselves within. I had done this super short film with Mickey Sumner wherein her character’s car disappears at a gas station and we went around filming her with cameras hidden far away as she insisted that her car just vanished as she was in the midst of filling it with gas. Seeing real life people latch onto her persistence and unknowingly take part in a written narrative was life changing.

Where and how did you shoot it?

We shot in and around Boston. Mostly the northeast. We shot on 16 mm color reversal (no longer available) and recorded sound on luscious 1/4” tape on a Nagara sound recorder (you could roll out on sound! but the heartiness was always worth it).

Do you remember what you learned from that early experience?

Shooting the highway stuff was certainly a lesson in child safety. I was also forced to cast myself in the film, a decision I was at first against but soon realized that in order to fully find the right tone for this movie I had to be IN it experiencing it myself first hand. I don’t like to act for myself anymore, but I find knowing what it’s like “in the shit” to be extremely educating. When I do act for friends or a project that interests me, I look at it as education. It’s always good to know what it’s like on the other side.

What kind of cinema were you interested in making back then? Has is evolved since?

I think as I’ve gotten older, this was shot 13 years ago, I’ve become harder. Lost some friends and family, been fucked over a few times, the recession of 2008/2009 was nightmarish and saw us directing some things I hope to never even have think about again… but these things hardened me and that has absolutely shown itself in what we’ve been making and the worlds we’ve been attracted to. I’ve always been obsessed with characters, so that hasn’t changed, but their worlds have.

What projects are you working on right now?

It’s a blessing to have something to get lost in at every waking moment. We’re working a lot and keeping sane somehow. We’re currently finishing Good Time, this fugitive film charged by a warped perspective of brotherly love, which is going to be released sometime in 2017. We just finished writing the final draft of this pilot episode for a show called Monger which we’re doing with Showtime and it’s been a comedic breath of fresh air. We’re also gearing up to enter pre-production on a project we’ve spent many years writing, a thriller that takes place in New York City’s diamond district called Uncut Gems, which is being produced by Emma Tillinger Koskoff and the ultimate film God Martin Scorsese.