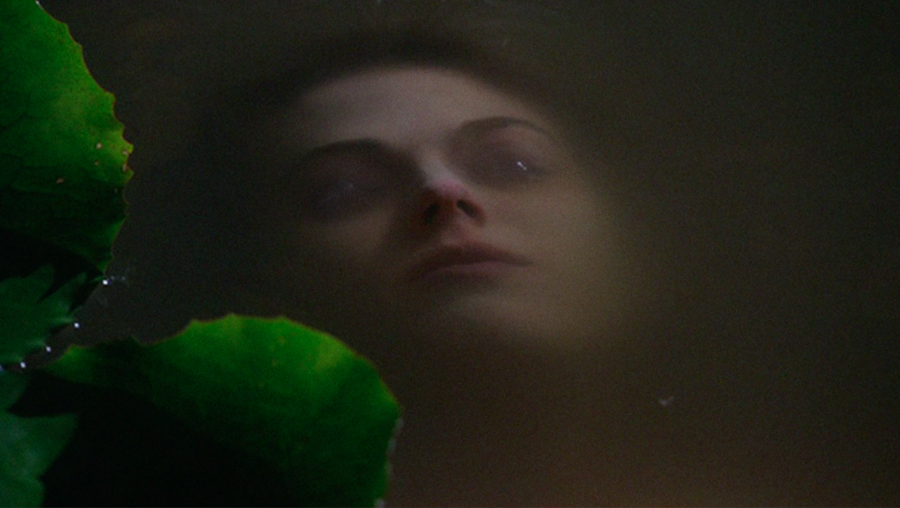 How does it feel to play a woman’s dead body? For Halloween week, Le Cinéma Club presents the online premiere of What Happened to Her, directed by Kristy Guevara-Flanagan and selected this year at the New York Film Festival. The short is a beautifully gruesome montage exploring the use of female corpses on screen, cut with audio from a woman recalling the experience of playing the dead body in ’80s cult classic River’s Edge. What Happened to Her was also awarded an Honorable Mention at the HotDocs Festival in Toronto.

Gender has always been central to Guevara-Flanagan’s work. Watching movies, the director began noticing and becoming increasingly aware of dead female bodies presented on screen. From there she started interviewing women who had played dead bodies and finally came upon Danyi Deats’ story. She started gathering images, expanding her research to television shows, and created categories to organize the kinds of images shown on screen: river bodies, earth bodies, aerial shots — eventually culminating in the more disturbing sequences of morgue scenes.

According to Guevara-Flanagan, the dead female body is used as a plot device in male-driven narratives, revealing a cultural obsession with murders of women in entertainment, and is aesthetically fetishized.

“The dead female body becomes a narrative device through which the men get to be active and detective-like and the woman is just the most passive representation… she’s dead.” KRISTY GUEVARA-FLANAGAN

Kristy Guevara-Flanagan is a documentary filmmaker as well as teacher of documentary at UCLA. What Happened to Her is part of her ongoing interest in female representation and roles in popular media. Her previous documentary Wonder Women! The Untold Story of American Superheroines explores the issue by following the history of the popular superhero Wonder Woman in order to shed light on contemporary issues of women’s liberation. She is also planning further investigations with projects examining representations of pregnant women in popular culture and the roles of sex body doubles in movies. She has worked on numerous other documentary projects, both as director and producer.