When We Lived in Miami a film by Amy Seimetz. 2013, USA, 13 min. Filmed during Hurricane Isaac – a mesmerizing short from an exciting cinematic voice. 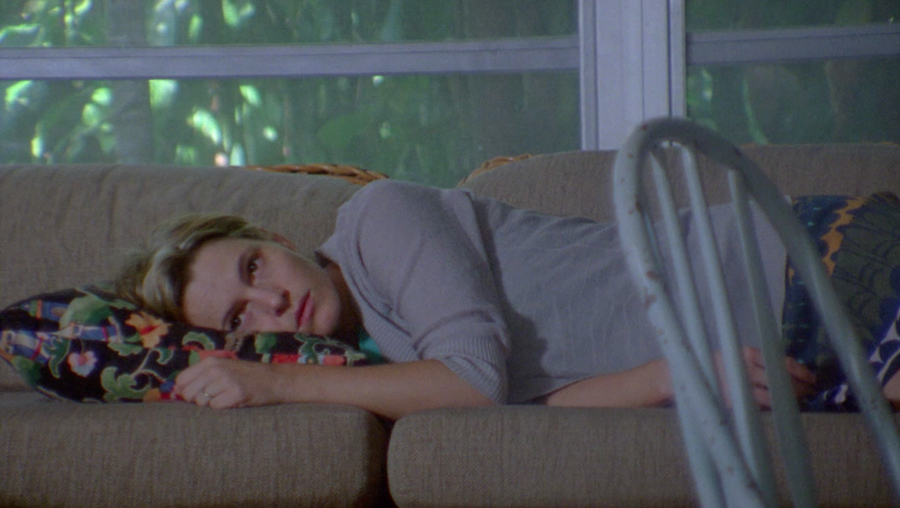 Here is a mesmerizing short by one of the most exciting filmmakers of her generation: Amy Seimetz. The director-writer-actress-producer-editor is the essence of the true filmmaker: an autodidact who places collaboration at the core of developing her talents, driven by the impulse to make good movies at any price, whose career bridges her early experimental cinema to contemporary television shows and movies. When We Lived In Miami was commissioned by The Borscht Corp., a local non-profit meant to redefine cinema in Miami, initiated by filmmakers Lucas Leyva and Jillian Mayer to develop local directors and bring others to make films in the state. They have produced a great series of shorts, including films by Barry Jenkins, Sebastian Silva and Terence Nance. They are currently developing features.

Filmed in Miami during Hurricane Isaac, When We Lived in Miami focuses on the emotional journey of a young mother as she struggles to deal with her marriage falling apart while keeping up appearances for her daughter. Seimetz cast herself in the film specifically to be able to direct the little girl, as she said to Filmmaker Magazine: “To maintain trust and fluidity of performance, so she didn’t have to take what I was saying and apply it to another person. My decision to act in it was more of a directing decision.” She also really wanted to smash a car, which her character gets to do in the film.

The short is a montage of moments superimposed on each other, drowning us through the beauty of the images, into the melancholy, nostalgia and distress of this woman trying to figure out the departure of her husband. Seimetz executes a cinematic narrative that feels poetic and modern. The short was shot on 16 mm with her cinematographer and longtime collaborator Jay Keitel.

“As in her feature [Sun Don’t Shine], Seimetz achieves images of a dense and inward atmosphere, a visual mood of tangle and haze that fuses with the fierce performances to provide a richly textured and specific sense of place.” RICHARD BRODY, THE NEW YORKER

Seimetz grew up in Florida, in the Tampa-St. Petersburg area. She began making films at home at the age of 18, leaving film school to move to Los Angeles where she first lived on small jobs babysitting, waiting tables or sewing. She started directing, producing and acting in her own experimental short films and quickly started getting roles as an actress.

If acting was first a learning experience in filmmaking, it became a way “to be around people who were making things and collaborating.” To her, it’s all part of filmmaking and she wouldn’t see herself acting if she wasn’t directing. Her acting credits include Shane Carruth’s Upstream Color (2013), Christopher Guest’s Family Tree (2013), and Veena Sud’s The Killing (2011-2014): “Television has gotten really good. Going back to the love of the slow burn, a character doesn’t have to explain herself every time she walks onto the scene.”

Moving back to her home state, Seimetz wrote, directed and produced her first feature Sun Don’t Shine, a mystery and crime road trip, starring Kate Lyn Sheil and Kentucker Audley. The film premiered in SXSW in 2012 to much critical acclaim. She directed When We Lived In Miami right after this. She was recently brought in by Steven Soderbergh to write and direct, along with Lodge Kerrigan, the Starz series The Girlfriend Experience (2016) and As Matt Zoller Seitz from the New York Magazine says “it’s easily one of the best shows of the year, and a major work by everyone involved.”