Why Can’t We Get Along a film by Benjamin Millipied, Aaron Duffy and Bob Partington. 2018, USA, 6 min. With Ansel Elgort and Kate Mara. Gorgeously choreographed dance and ingenious camerawork collide, to the music of Thom Yorke. 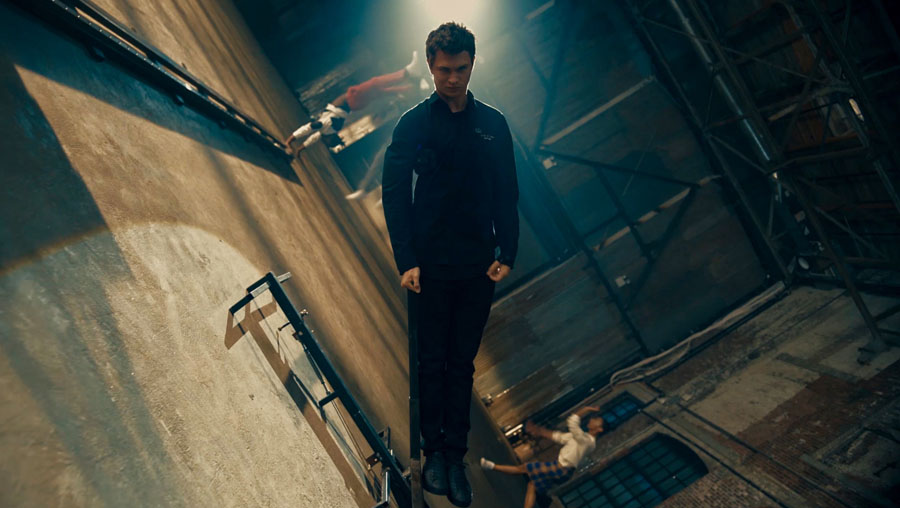 We are excited this week to present, in partnership with rag & bone, Why Can’t We Get Along, a striking visual experiment co-directed by Benjamin Millepied, Aaron Duffy and Bob Partington, and starring Ansel Elgort and Kate Mara. The cast also features an eclectic group of dancers, including members of the American Ballet Theatre, HipLet Ballerinas, and YouTube discovery Kandi Reign. The music is by Thom Yorke and the cinematography is by Darius Khondji. The film was produced by rag & bone for their Spring/Summer ’18 collection. The original idea of the short was to illustrate the friction between our different perspectives on the world. Together, this group of talent created a gorgeously choreographed film, in which the camera becomes a lead dancer and character, following and confronting the cast. A fireworks display of physical movement and camerawork emerges, captured through the use of five different ingenious rigs.

Why Can’t We Get Along was shot in one day at Greenpoint Terminal in Brooklyn, using an Arri Alexa Team. Among the five rigs used were the Pendulum Rig and the Dolly Zoom, as well as three others created by artist and camera rig veteran Tony Hill: the Falling Over Rig (1976), The Wheel Rig (1992), and the Satellite Rig (1981).

“It was a bit of a crazy idea and seeing it come together the way it has was incredibly rewarding and maybe, above all else, a lot of fun.” MARCUS WAINWRIGHT, RAG & BONE’S FOUNDER AND CREATIVE DIRECTOR

Millepied, Duffy, Partington and Khondji were invited by the rag & bone team to explore the film medium and the ways in which perspectives can shift for the viewer. rag & bone was excited to put together a group of eclectic talent to create an original work to present their collection. Previous rag & bone films include Hair (2017), starring John Turturro and Bobby Cannavale and The Driver (2015), directed by Michael Pitt.