Woman in Deep a film by Janicza Bravo. 2016, USA, 14 min. With Alison Pill. A birthday brilliantly devolves into a frantic hunt for a cell phone. 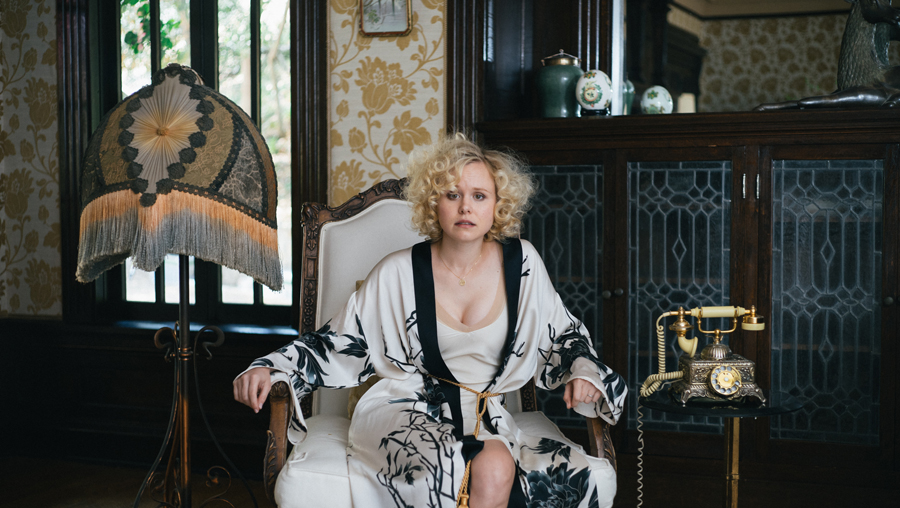 In partnership with Memory and Harbers Studios, we are honored to present the online premiere of the great American director Janicza Bravo’s eighth short film Woman In Deep. Bravo succeeds once again, brilliantly, in bringing us into her singular world. Starring the excellent Alison Pill, the film follows a woman who misplaces her cell phone and struggles to hold it together on her birthday. Janicza Bravo’s wonderful debut feature Lemon, which played SXSW and was recently acquired by Magnolia Pictures, premiered at 2017 Sundance and opened the Rotterdam International Film Festival. Lemon, co-written with Brett Gelman, who plays the lead and is also Bravo’s partner in real life, focuses on a struggling actor in a time of crisis.

Woman in Deep — which was produced by Harbers Studios, a foundation that aims to give voices to important ideas and causes of our time, and Killer Films (Boys Don’t Cry, I’m Not There, Carol) — is part of Memory’s Program No.2, a touring collection of short films by award-winning and emerging directors, which Le Cinéma Club partnered with this year.

One of the moments of inception for Woman in Deep came when Bravo was invited, along with five other documentarians, to attend The Harbers Storytelling Project, a program with live conferences organized by The Nantucket Project and Harbers Foundation. The filmmakers each had to make a film based on one aspect of the weekend. Bravo was struck by a talk given by Nancy Lublin, founder of Crisis Text Line, a suicide prevention hotline available 24/7 via text. She remembers Nancy telling a story about a man who was put on hold for 45 minutes after calling the national suicide prevention line. From there, Bravo built a story and a character that fit in with her previous works – twisted and absurd but never sinister. The filmmaker describes her main character Birdie as a sensitive woman: “She feels unheard. She feels like she has no purpose. She spends a lot of time alone and a lot of time in her head.”

“Piece to piece I am exorcising demons. Giving a stage to the things I like and don’t like about myself and people in general. I’m just trying to be more okay with what I was given and not given.” JANICZA BRAVO

Janicza Bravo was born in New York and raised in Panama until she was 13. She studied direction and set design at NYU, and began her career as a stylist working in music videos, film, fashion and theater. She decided to focus on directing, and has since made eight short films, including Gregory Go Boom, starring Michael Cera, which won the Jury Prize in Sundance in 2014, and Pauline Alone, starring Gaby Hoffman, also in 2014. Bravo also directed the “Juneteenth” episode of Atlanta, created by and starring Donald Glover.