Throughout July, Le Cinéma Club celebrates the concerts we’ve all missed with our Summer Music Festival.

Jim Jarmusch’s first stab at documentary filmmaking, Year of the Horse is a gritty love letter to Neil Young and his band, Crazy Horse. A textured mix of Super 8, 16mm, and Hi-8 formats, the film is an emotive snapshot of a band that’s all about raw energy.

Jarmusch first met Young prior to scoring his 1995 film Dead Man—recorded live to picture by Young on electric and acoustic guitar, organ and piano. Afterwards, Jarmusch made a video for Crazy Horse’s “Big Time,” and Young, loving its Super-8 feel, suggested that Jarmusch come film the band on tour. Young arranged for Jarmusch to shoot them across Europe and into the USA. “We had no road map, no plan,” Jarmusch recalled in an interview with Austin Screens. “It’s the Neil Young way: Just start in and see what happens.” 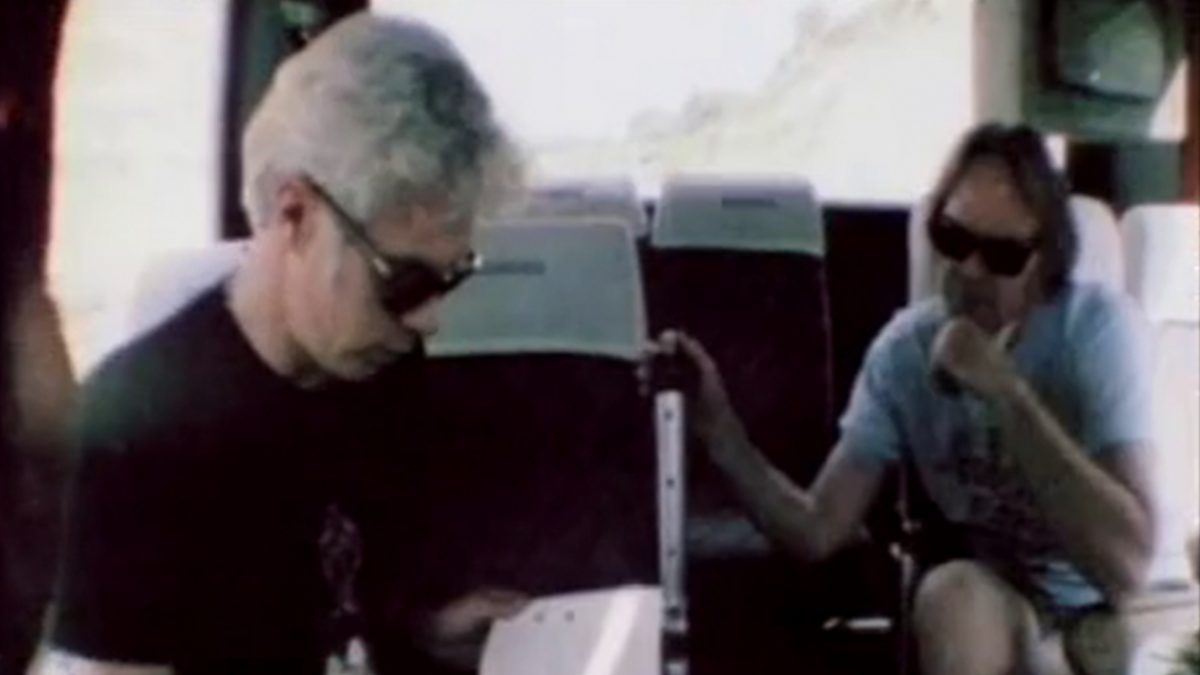 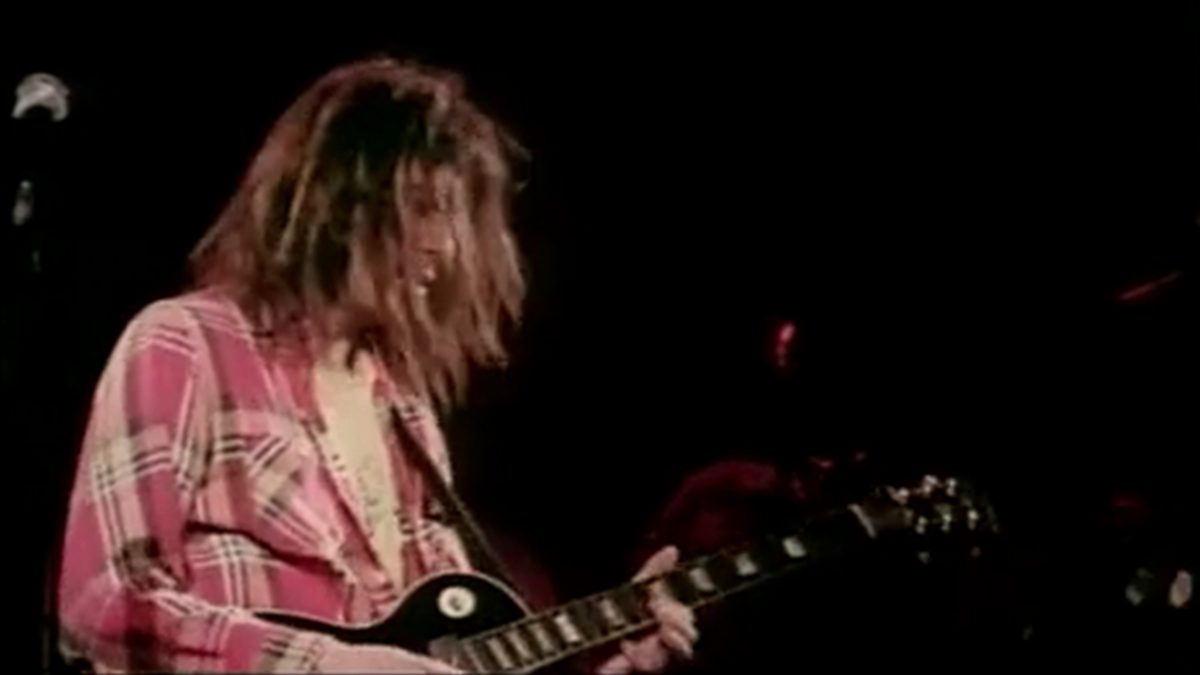 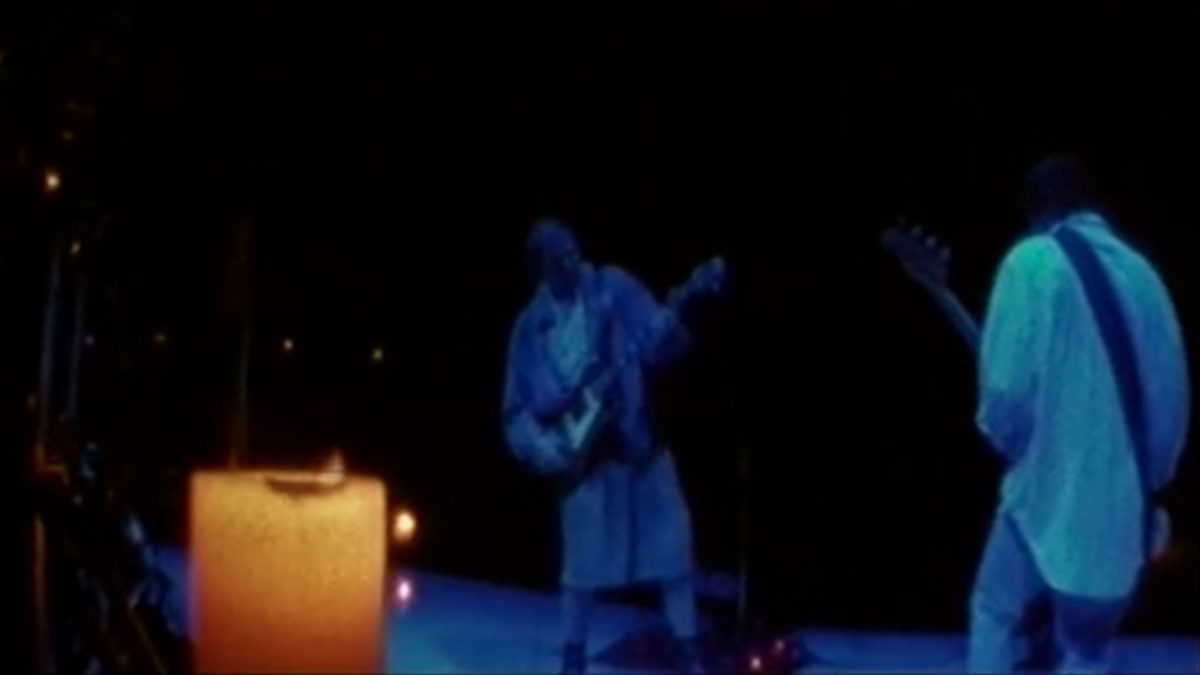 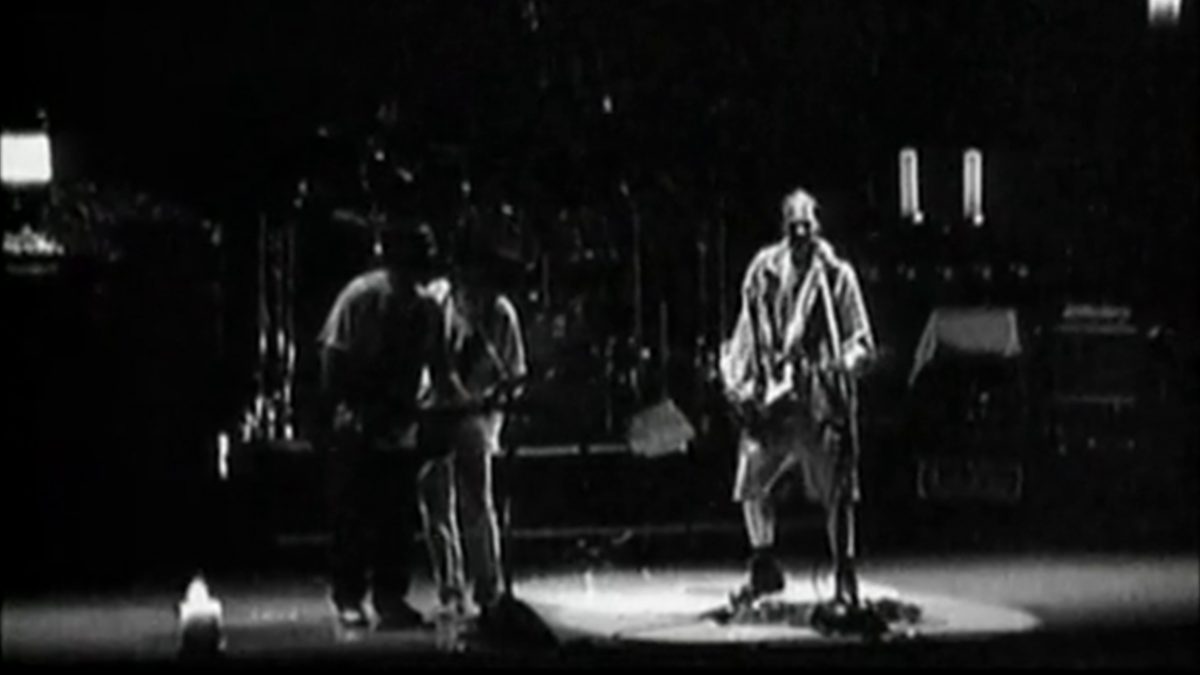 “The long lenses sneaking in there, zooming in there through the atmosphere with the low-grade film, breaking up in front of your eyes, listening to a distorted sound, seeing a distorted picture. That’s all together, all the way it should be. I think Jim did an excellent job of capturing us without disturbing us. Much like a nature film.” NEIL YOUNG

The film, rarely screened, is a rough-edged exchange between two cultural icons, both clicking into a dry sense of humor in grungy laundry room interviews. Between sludge guitar jams, Jarmusch also peppers visceral archival gems from three decades of Crazy Horse tours: flowers catching fire in a hotel in the ’70s, a backstage argument in the ’80s, the band’s awe at the chance to play in a Roman amphitheater in the ’90s. Young once described the film as “a succession of feelings”: instead of a comprehensive history of the band, it’s a look at the fire that fuels it.

Jim Jarmusch is one of American cinema’s most vital, distinctive voices and a major artist of the Downtown New York No Wave scene. Throughout his filmography, he’s experimented with narrative rhythms and championed undersung cultural touchstones, including his Camera d’Or-winning breakout Stranger Than Paradise, Mystery Train, Ghost Dog: The Way of the Samurai, and Only Lovers Left Alive. His films are rooted in a deep love of music, with performances from Tom Waits, Screamin’ Jay Hawkins, Iggy Pop, and John Lurie, and scores from artists like RZA and Boris. He plays guitar in the band SQÜRL, and in September, will release a book of visual artwork, Some Collages.