CITYSCAPE a film by MICHAEL SNOW. 2019, Canada, 10 min. A polyrhythmic panorama of the Toronto skyline from a legend of avant-garde cinema.

We are thrilled to partner with Dia Art Foundation to celebrate their exhibition of newly commissioned works by Lucy Raven, on view at the recently reopened Dia Chelsea. Raven’s installations explore cultural and topographical histories of the American West. Her Dia show features two new light sculptures, as well as the premiere of her 45-minute film, Ready Mix: an enthralling immersion in the production of concrete.

Alongside Ready Mix, Raven invited a group of artists to screen a film of their choice. We’re honored to host Michael Snow and Sharon Lockhart’s selections over the next two weeks. This fall, Dia will host live screenings of additional selections at Dia Chelsea.

Canadian artist Michael Snow is a figurehead in the world of avant-garde cinema. His 1967 film Wavelength staked out his interest in spectatorship and the passage of time; it’s considered a definitive work of structuralism, and Jonas Mekas called its first screening “a landmark event in cinema.” To complement Ready Mix, Snow presents his 2019 short Cityscape: a gravity-defying, perspective-blurring survey of the Toronto skyline. The city is zoomed and rotated through pre-programmed camera movements, a technique that Snow experimented with for his monumental 1971 film La Région Centrale. 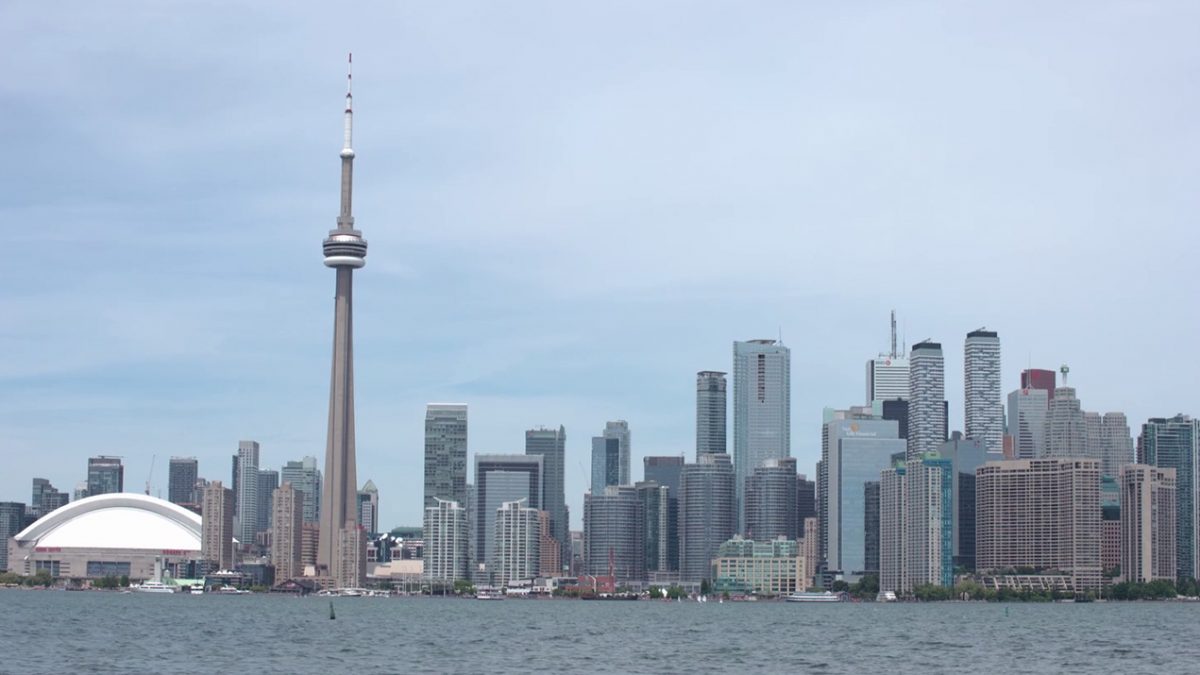 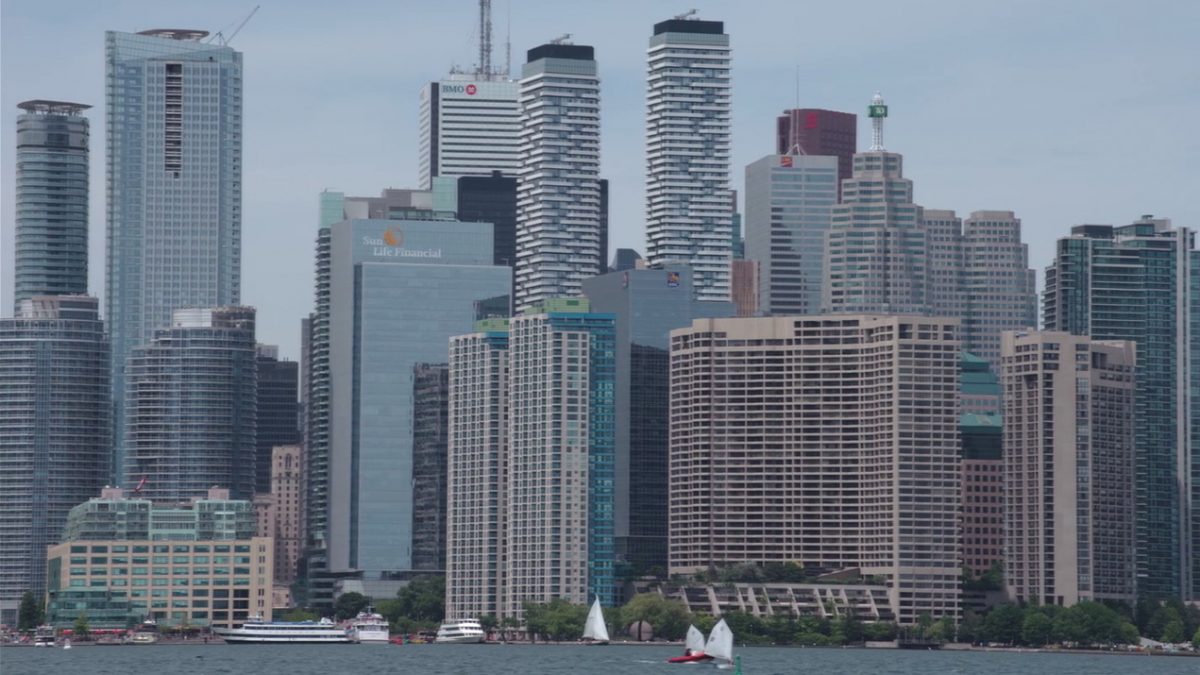 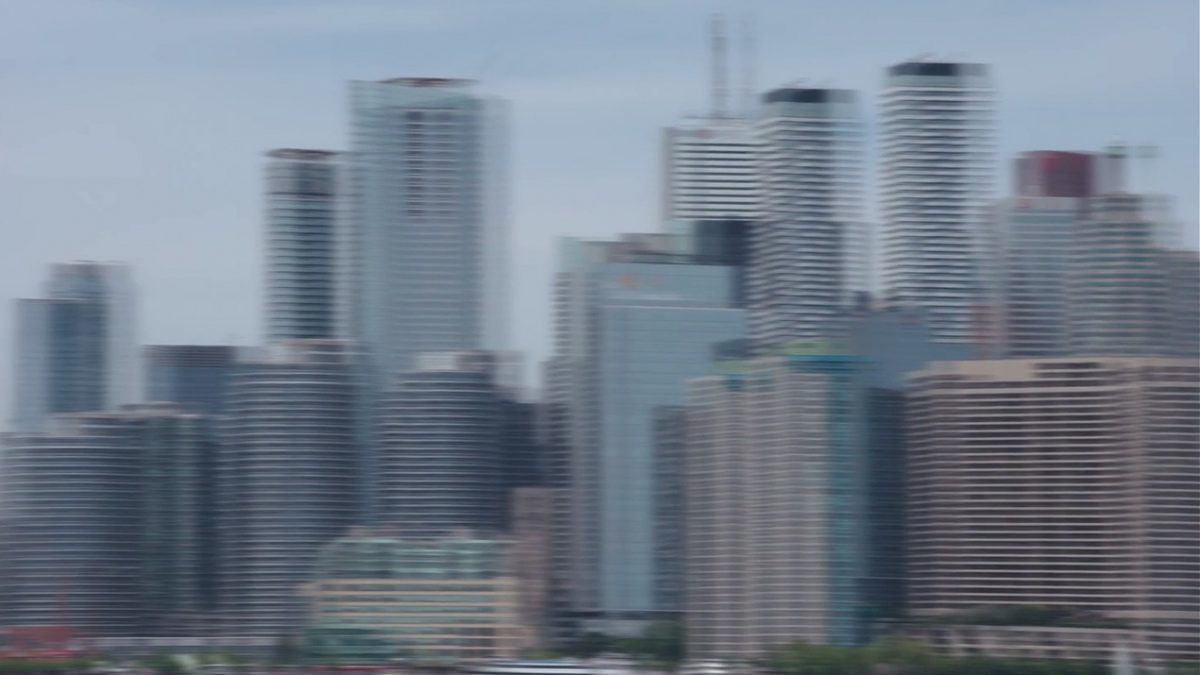 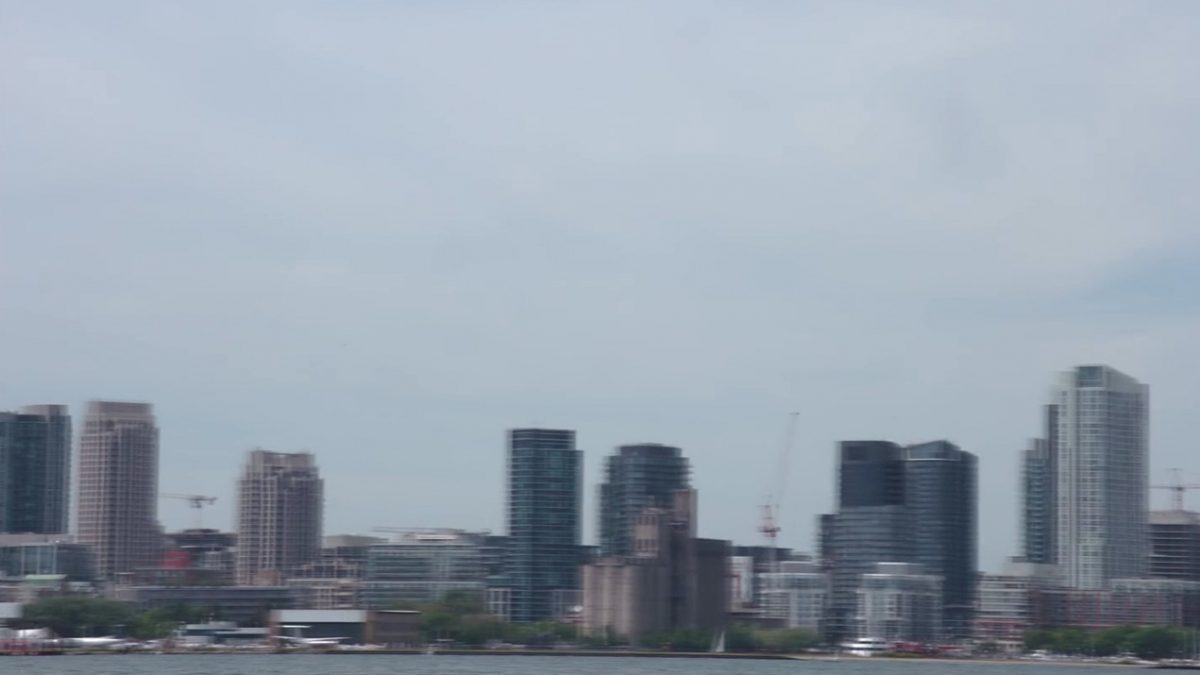 Snow kindly sent a thoughtful statement about the film:

Cityscape is one of the family of my works dealing with camera motion, an interest dating back to Wavelength. My friend Graeme Ferguson, one of the originators of IMAX, suggested doing a version of La Région Centrale in that format after seeing the film, but for me the idea held little interest. I felt La Région Centrale was complete and I had accomplished my purpose.

Years later, I was approached again to make a short film with IMAX, now in a digital format. This time, instead of a landscape film, vast and unpopulated, I was interested in looking at my own city through a more linear view. The part of Toronto visible in Cityscape is actually rarely seen by its citizens. We seldom think of Lake Ontario at the foot of Yonge Street, but the skyline viewed from the islands just offshore is interesting. The title makes clear that the city is the subject.

In Cityscape, camera movements—panning and rotating at different speeds—activate the city skyline. The soundtrack is built on the “Amen Brother” drum break, which is central to drum and bass and hip-hop, an expression of the energy of the city. The sound uses playback speed as a compositional element, rhythmically in sync with the camera movements.

Although Cityscape is shot in color, its muted concrete tones link closely with the material monochromatism of Ready Mix, composed with a striking tonal palette. In these films and La Région Centrale, camera movement drives the structure subtly but in substantial ways. The latter is cosmic, spanning 24 hours and the entire firmament. Cityscape is an urban landscape and appropriately scaled. Ready Mix looks closely at the narrative of turning rock into concrete and is resolutely earthbound.

Based in Toronto, Snow has been active as a visual artist and musician since 1948. His work has influenced countless artists of the past 50 years, including essential filmmakers like Chantal Akerman and Apichatpong Weerasethakul. In the late ’60s, he flourished in New York’s experimental arts community, and co-directed the short Dripping Water with his wife at the time, the influential Canadian filmmaker Joyce Wieland. His more recent 2002 film *Corpus Callosum is another pioneering exploration of space, time, and movement, featuring distorted animations and candy-colored sitcom sets. Apart from film, Snow is also an accomplished sculptor, jazz pianist, painter, and photographer.

Taking its name from the Greek word meaning “through,” Dia was established in 1974 with the mission to serve as a conduit for artists to realize ambitious new projects, unmediated by overt interpretation and uncurbed by the limitations of more traditional museums and galleries. Dia’s programming fosters contemplative and sustained consideration of a single artist’s body of work and its collection is distinguished by the deep and longstanding relationships that the nonprofit has cultivated with artists whose work came to prominence particularly in the 1960s and ’70s. In addition to Dia Beacon, Dia Bridgehampton, and Dia Chelsea, Dia maintains and operates a constellation of commissions, long-term installations, and site-specific projects, notably focused on Land art, including Max Neuhaus’s Times Square (1977) in New York, Walter De Maria’s The Lightning Field (1977) in New Mexico, Robert Smithson’s Spiral Jetty (1970) and Nancy Holt’s Sun Tunnels (1973–76) in Utah.