IN THE CINÉMA CLUB OF…
DANIEL LOPATIN

Brooklyn-based musician, composer and producer Daniel Lopatin, best known under his recording name Oneohtrix Point Never, is one of contemporary electronic music’s most influential, visionary artists. He has released numerous critically acclaimed albums including Age Of (Warp, 2018), and produced work by The Weeknd, Anohni, FKA twigs and David Byrne, among others. Lopatin has also received high praise for his propulsive scores for the Safdie brothers’ films Good Time (2017, winner of Cannes’ Best Soundtrack award) and Uncut Gems (2019).

On the occasion of the release of his 9th album, the career-summing musical autobiography Magic Oneohtrix Point Never, Lopatin has shared with us five of his favorite films. 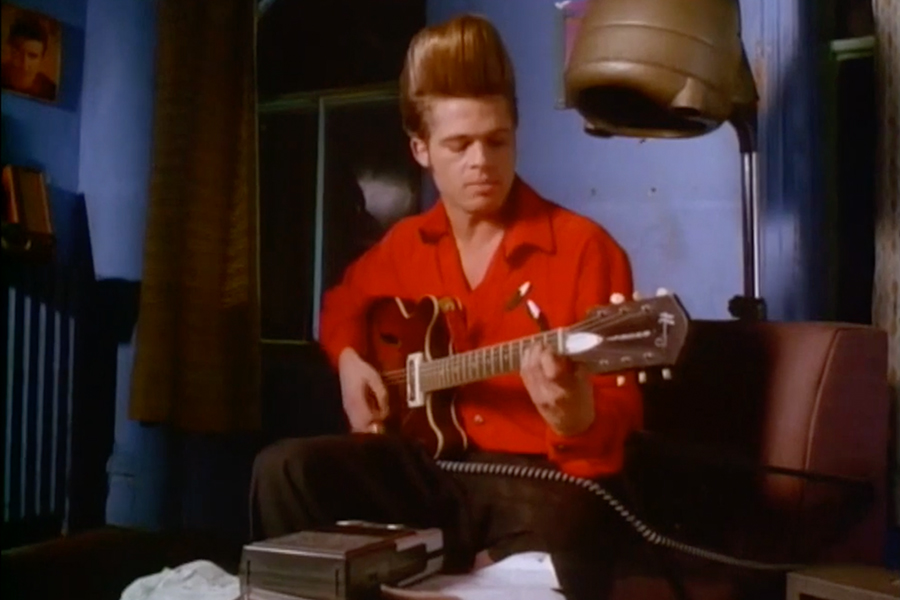 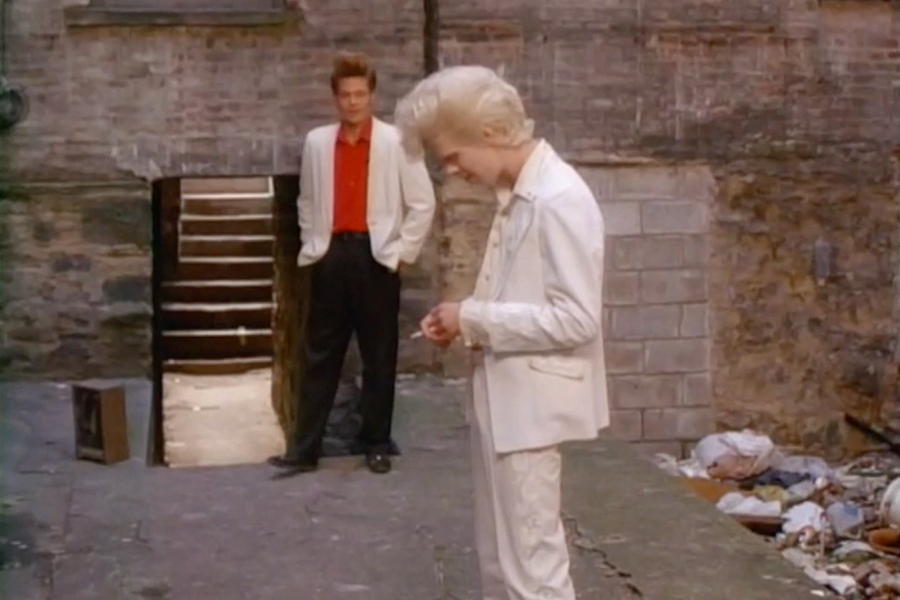 Johnny Suede is an out-of-step crooner with a pompadour and some magical shoes that get him nowhere fast. He goes on an existential journey through a kind of lightly surrealist version of Williamsburg, Brooklyn in the early 90s, which is interesting to watch knowing how it all shook out in reality. In its funniest and most showbiz moment, Tom DiCillo summons Nick Cave as Freak Storm, a star who’s willing to give Johnny a shot. Brad Pitt, Catherine Keener and Samuel L. Jackson all rock in this dystopian tale about the narcissism of style. There are very good reasons most people don’t like it, but that’s not my problem. 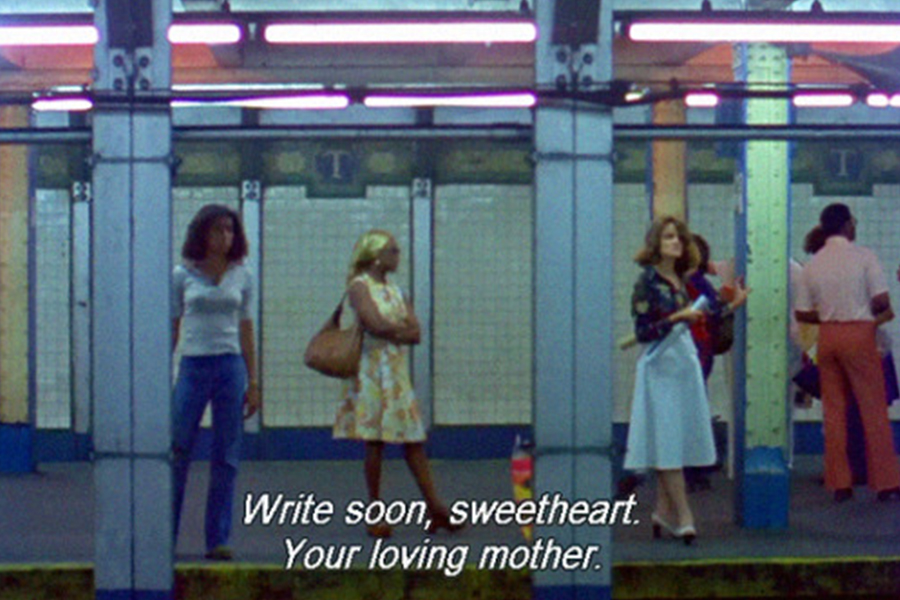 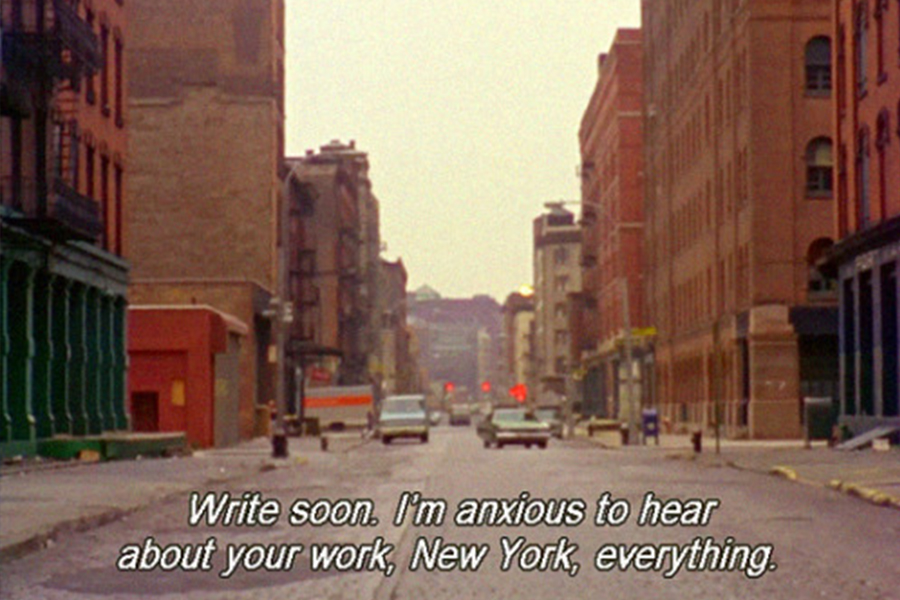 My favorite film about NYC. Lonely, meditative and often kinda banal, yet it’s charged by street life and everyday architecture captured in an almost archival manner, with the camera lurking at a distance. Occasionally someone walking by might notice and gaze back. All while Akerman narrates her mother’s wistful letters from Belgium. She misses her daughter and worries for her. She repeatedly updates her on the inner workings of the family and life in their town – because of this it’s also my favorite film about Belgium. I get an eerie feeling watching it, time dilates, and your heart breaks from the rawness of the city. 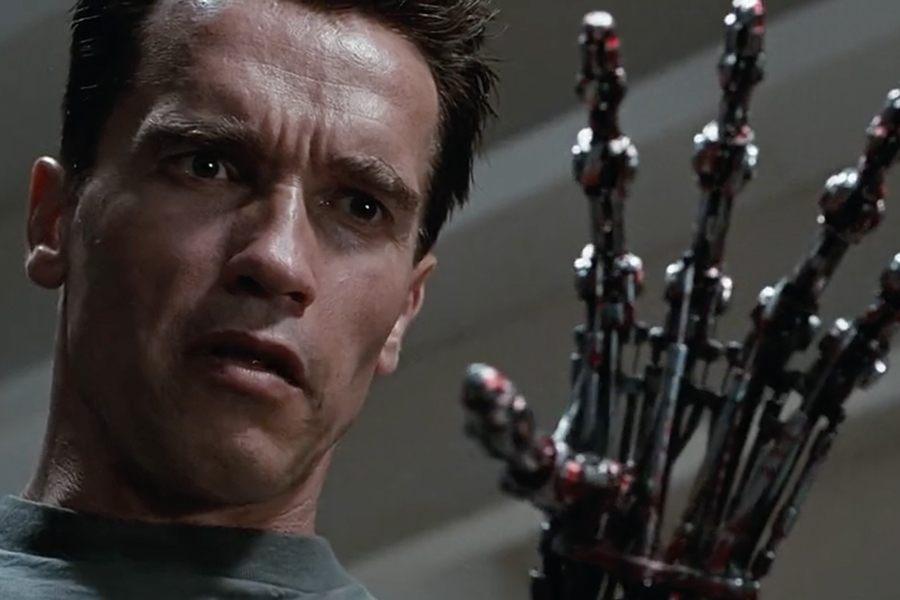 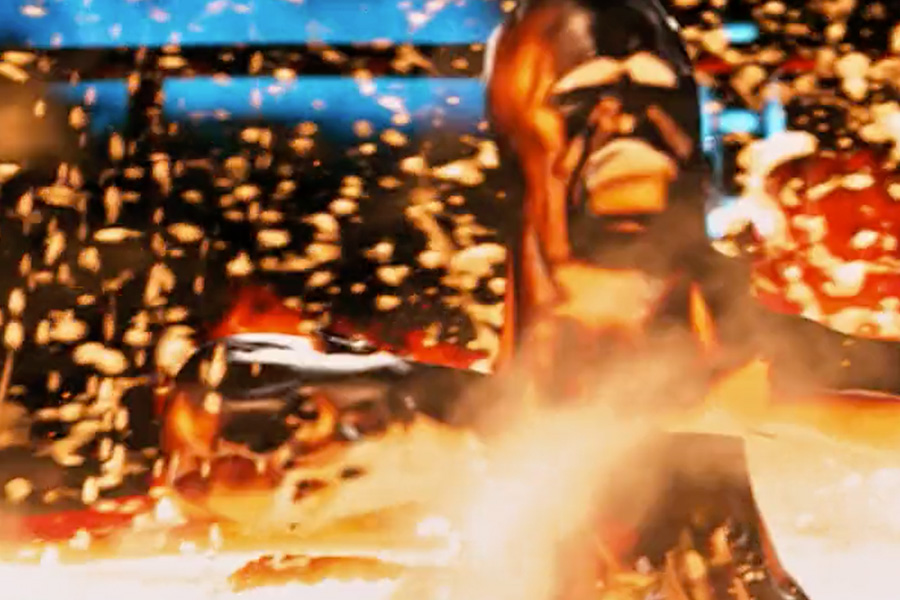 In hope of brighter futures we drive forward, bonded by trauma, compelled to forge a path ahead regardless of the inevitable and ceaseless torments that greet us at every turn. 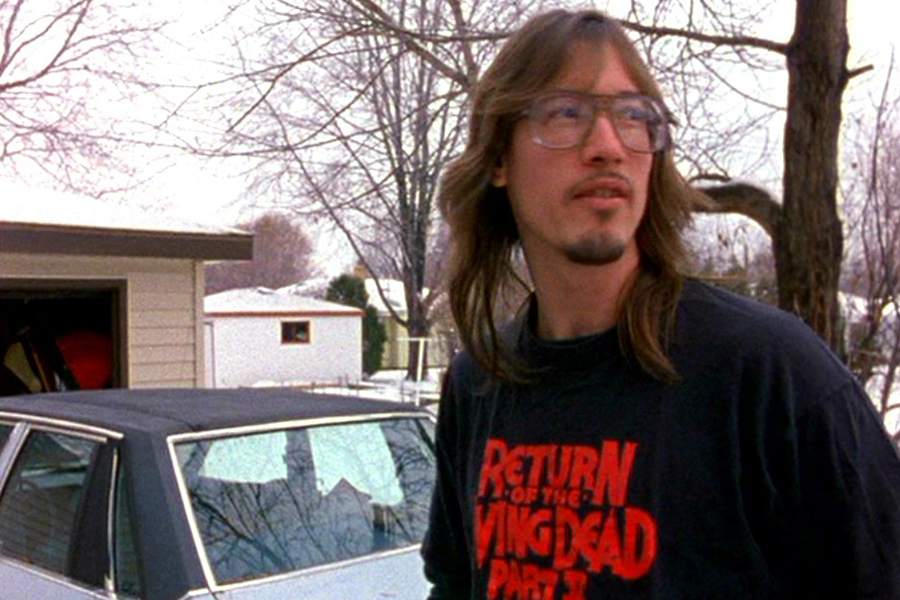 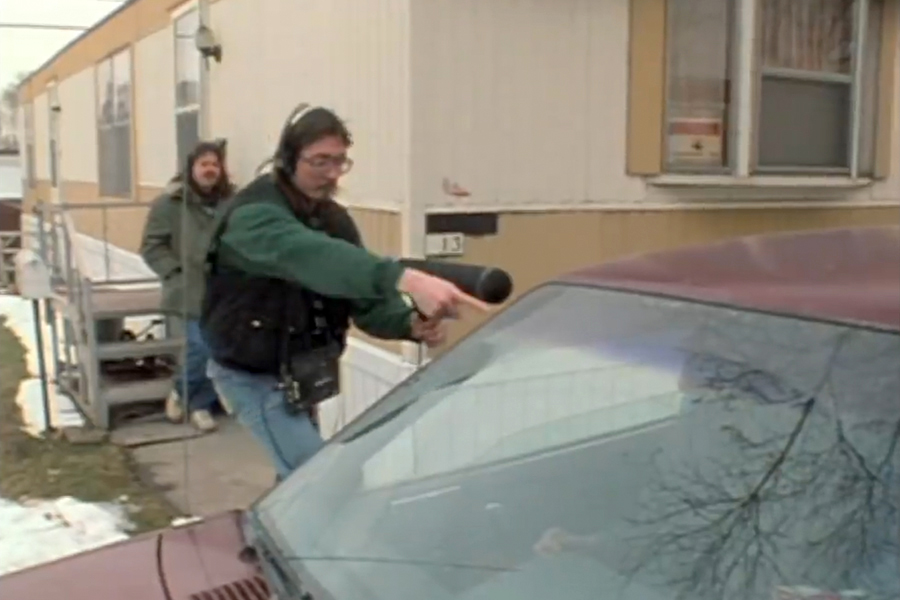 This is my favorite documentary – its subject is aspiring filmmaker Mark Borchardt, along with his best friend Mike. Mark is trying to move mountains to raise funds to finish his movie The Coven, enlisting the help of his friends and family to support his vision which is all but lost on them. Mike is more sympathetic, and deeply loyal. The two of them are “beautiful losers” – naive maybe, but feckless they are not. I only cried during a documentary one other time (Big Star: Nothing Can Hurt Me), but when Mark stops to describe a typically Midwestern vista of rusty cars on the side of a road, I lose my cool. “That’s what it’s about, rust and decay. But within that is the warmth of the soul and stuff like that.” [Or just paste my Terminator 2 description here – also works.] 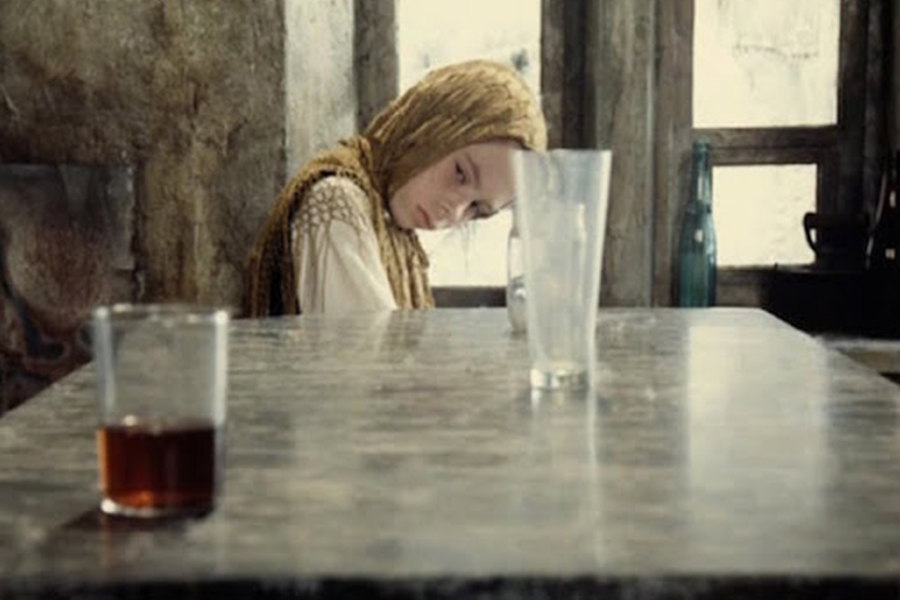 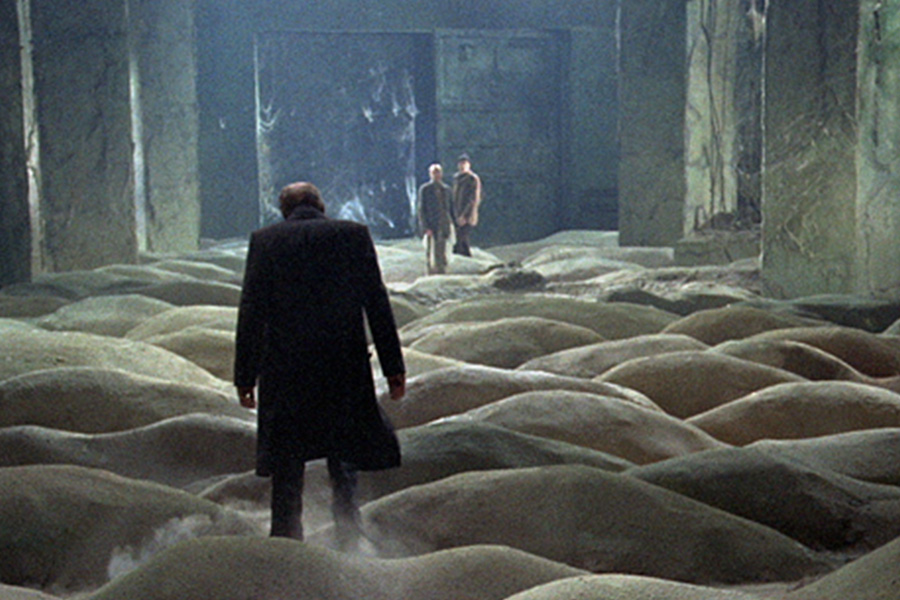 All of my favorite movies seem to be about encounters with some desired unknown. For Johnny Suede it’s fame, and for Chantal Akerman it’s NYC. For Sarah Connor it’s the future, and for Mark Borchardt it’s the movie business. Stalker is the apotheosis of such encounters. A zone exists where anomalous things are happening. A Stalker is a special kind of person who can navigate such an inhuman, illogical space. For Tarkovsky, even this science-fiction conceit is largely a spiritual concern, not a material one, as Mark Fisher points out in The Weird and the Eerie. All we know is that we know nothing, not even what we really want – which is something I often remember when I’m watching a great film.