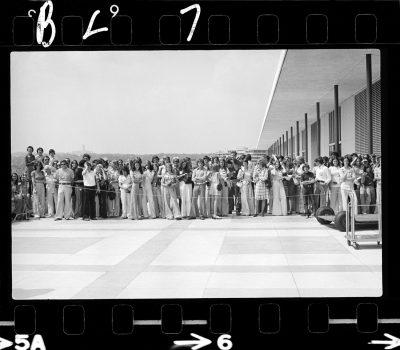 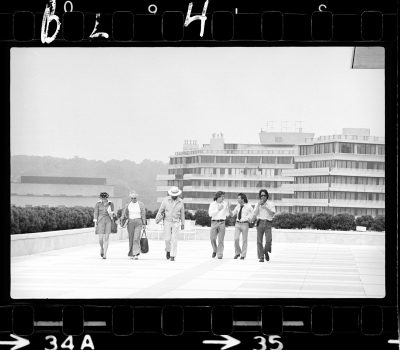 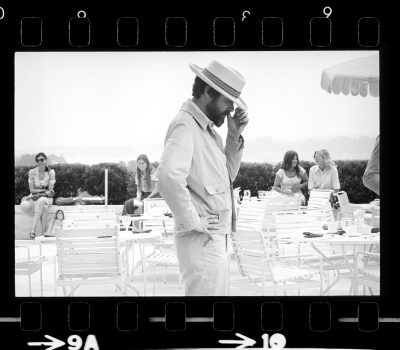 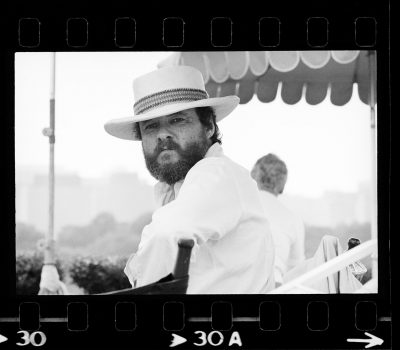 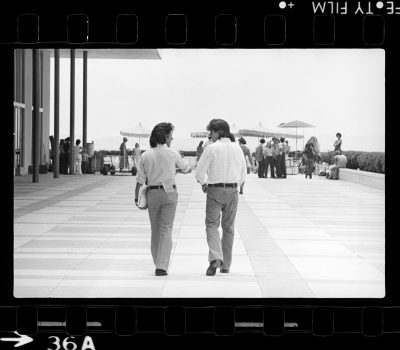 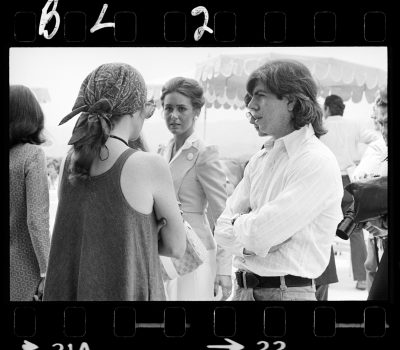 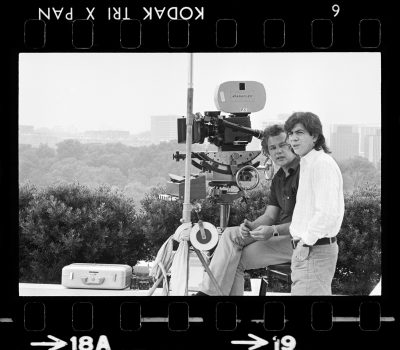 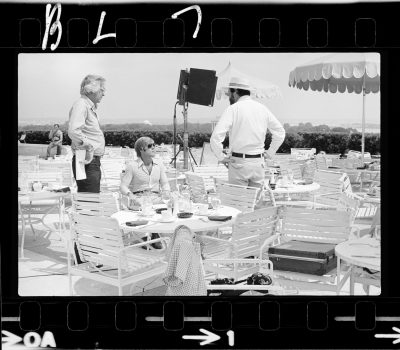 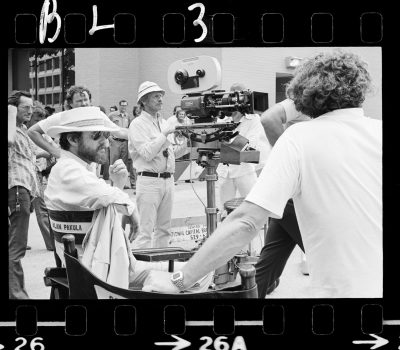 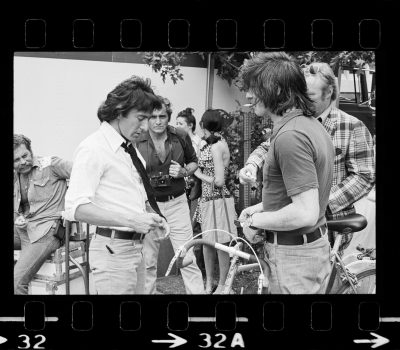 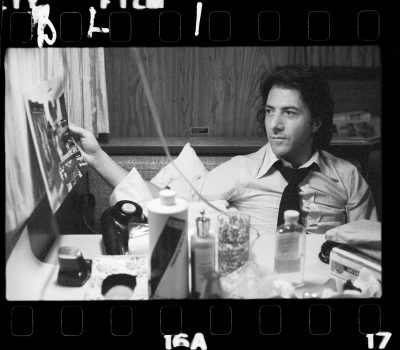 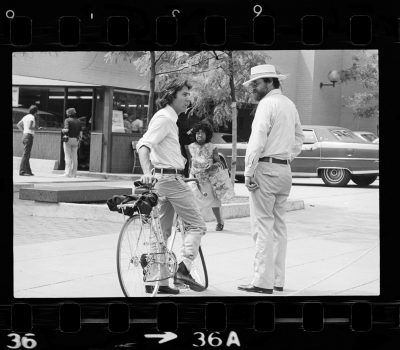 From the Archives of Brigitte Lacombe: On the Set of All the President’s Men

The French photographer Brigitte Lacombe, known for her strikingly intimate portraits of some of the world’s most celebrated artists and intellectuals, has also had an equally unparalleled career as a beloved “special photographer” on film sets. Her documentation behind the scenes of films by Martin Scorsese, Quentin Tarantino, Sofia Coppola, Steven Spielberg and other master directors is a crucial record of many heights of recent cinema history. Le Cinéma Club was invited to select images from Lacombe’s archives and hear about the very first set she visited: Alan J. Pakula’s political thriller masterpiece All the President’s Men (1976). Robert Redford, Dustin Hoffman and Gordon Willis are among the brilliant talents caught in her lens during this formative early encounter.

"I love this photograph. It’s on the top of the Kennedy Center; a big area of the roof was cordoned off for people that were visiting the center. You know how people are as soon as they see a movie set... and what a movie set this one was! With Robert Redford and Dustin Hoffman at the height of their fame and careers."

"A different part of the roof. They could be coming back from lunch or a break. I think that’s the first AD on the right – then Dustin, Carl Bernstein, Alan Pakula, and on the left it seems to be the script supervisor and the actress playing one of the secretaries. Everybody looks their part."

"Everyone was aware that Alan Pakula was not just any director, but really a master. He was a very handsome, tall man. You can see him here, in a quiet moment."

"Making a movie is one of the most difficult things in the world, sustaining a deep concentration and involvement with all of the different departments for many months, taking constant decisions – artistic and technical, as well as being emotionally available to the actors."

"I wonder if they coordinated their outfits. Obviously, Dustin was dressed as him [Carl Bernstein, the journalist Hoffman portrays in the film, on the right]. I guess that was more or less Carl’s uniform."

"Gordon Willis, the director of photography – I was already aware of his extraordinary work in The Godfather. He was very quiet and intimidating."

"A typical moment in-between shots, when they confer with each other. Robert Redford was the producer who initiated the project – he had bought the rights to the book. I’m guessing they’re not talking about his performance, but about the film."

"That is Stanley Tretick in the background. He was the set photographer. He took me under his wing while I was there. He was a great photographer, who had documented President Kennedy closely."

"Dustin in his trailer. He’s reviewing the photographs."

"There are no rules to define a good on-set photograph. Any image that is strong and that shows you something about the filmmaking process is good. I like the images that are a mix of reality and the film."