IN THE CINÉMA CLUB OF…
GABRIELLE CHANEL

One of fashion’s great innovators, Gabrielle “Coco” Chanel maintained a rich and complex relationship with cinema throughout her life – leaving her unmistakable mark on the medium as a trendsetter, costume designer, patron and friend to actors and auteurs. Invited by Samuel Goldwyn in the early 1930s to design dresses for Gloria Swanson and other Hollywood stars, she soon returned to Paris and lent her talents to some of the defining French films of the era, from Renoir masterworks to Carné’s poetic realist 1938 proto-noir Port of Shadows (Michèle Morgan’s iconic beret and raincoat). She was an inspiration to the directors and stars of the New Wave for her modernity, and designs that embodied the elegant and strong youthfulness of liberated femininity. Now the House of CHANEL stays true to the spirit of its founder, working with filmmakers such as Martin Scorsese and restoring classic works by artists close to Gabrielle, from Robert Bresson’s Les Dames du Bois de Boulogne (1945) to Alain Resnais’ Last Year at Marienbad (1961). You can watch a new short doc on Gabrielle Chanel and cinema here.

Here is a list of five highly recommended films, together tracing Gabrielle Chanel’s long and varied engagement with cinema. 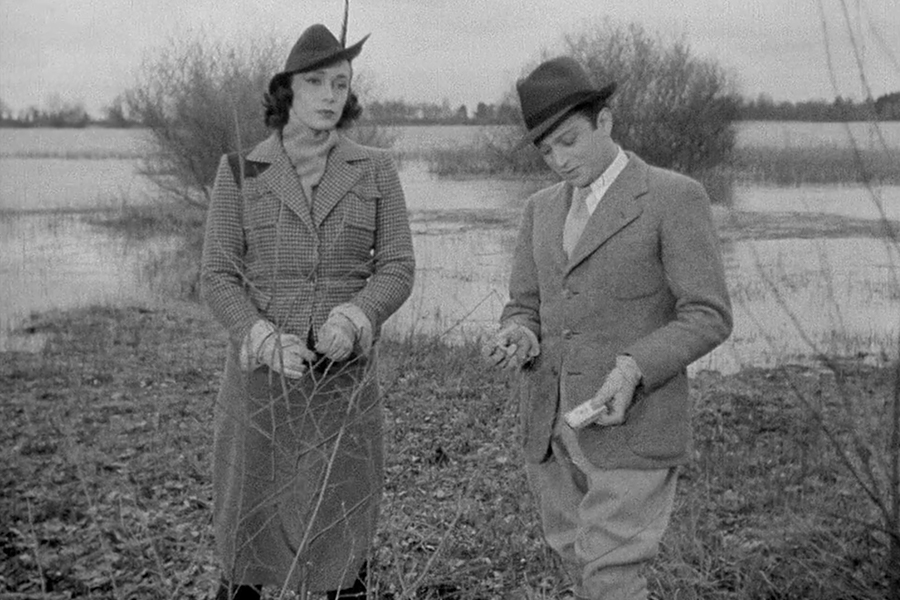 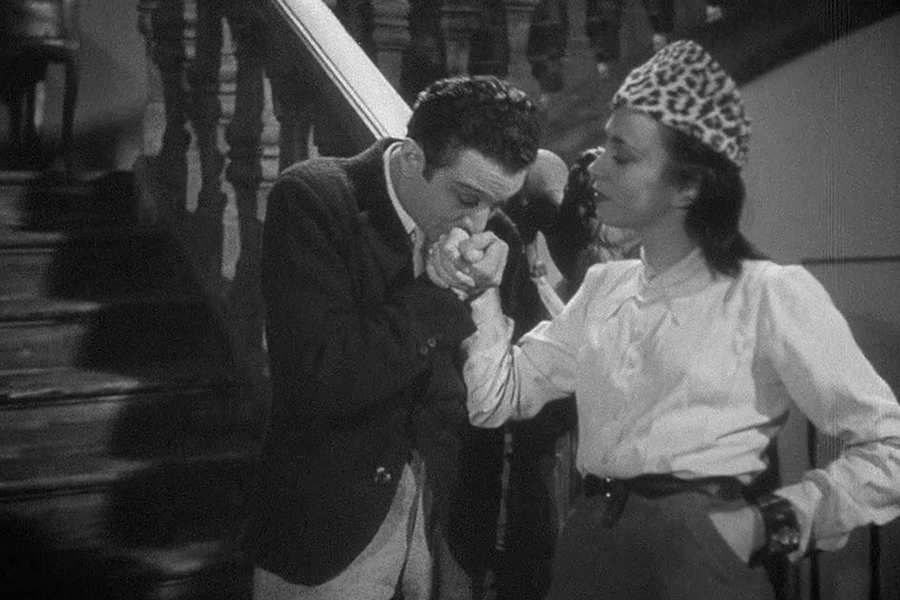 Renoir’s satirical masterpiece, controversial upon its release, was his third collaboration with Gabrielle Chanel after La Marseillaise and La Bête humaine. She designed all the female costumes, bringing her signature modernity to the evening gowns, nightwear and hunting outfits of the film’s sophisticated high society milieu. 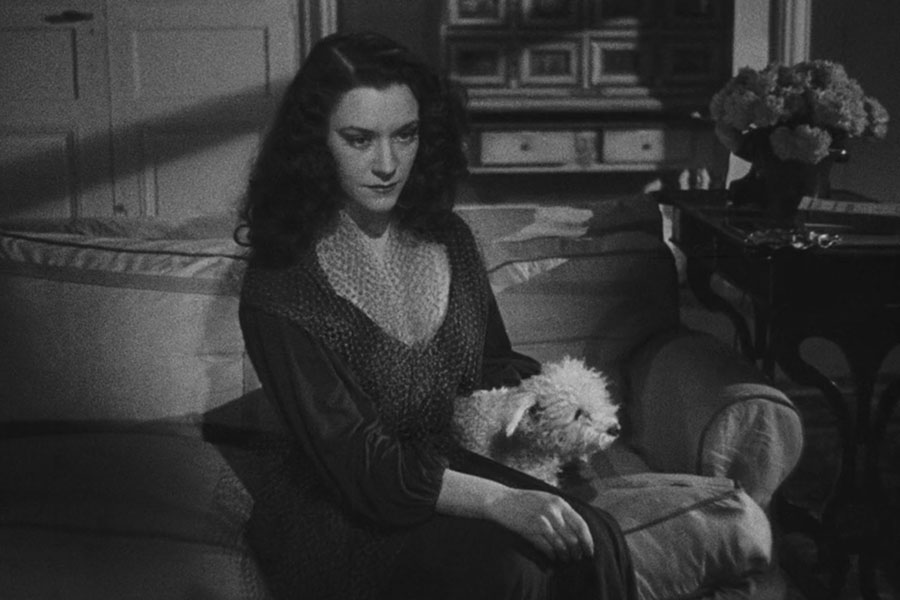 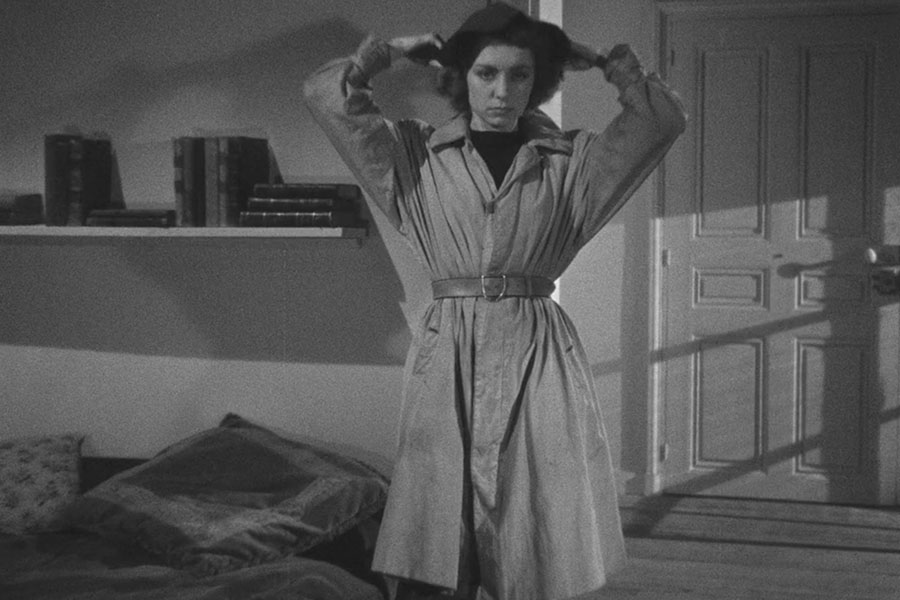 Chanel fostered friendships throughout the arts, one of the most intimate with Jean Cocteau. Painter, poet, novelist and film director Cocteau provided the dialogue for Robert Bresson’s second feature, a bitter romantic melodrama adapting a Diderot anecdote to the present day. Chanel was also one of the first to recognize Bresson’s talents. In 1932, a decade before he began making films, she commissioned the then-painter-and-photographer to shoot her "Bijoux de diamants" jewelry collection. 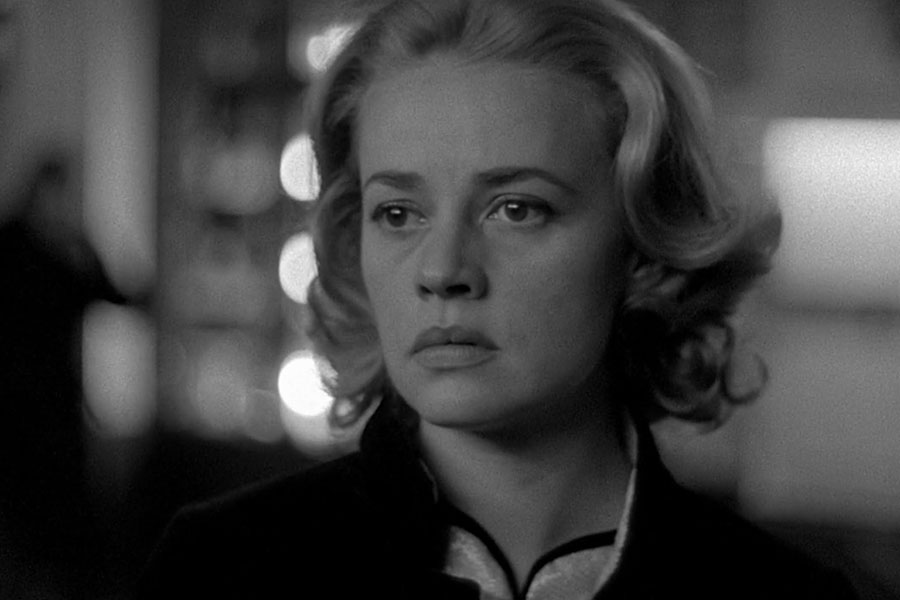 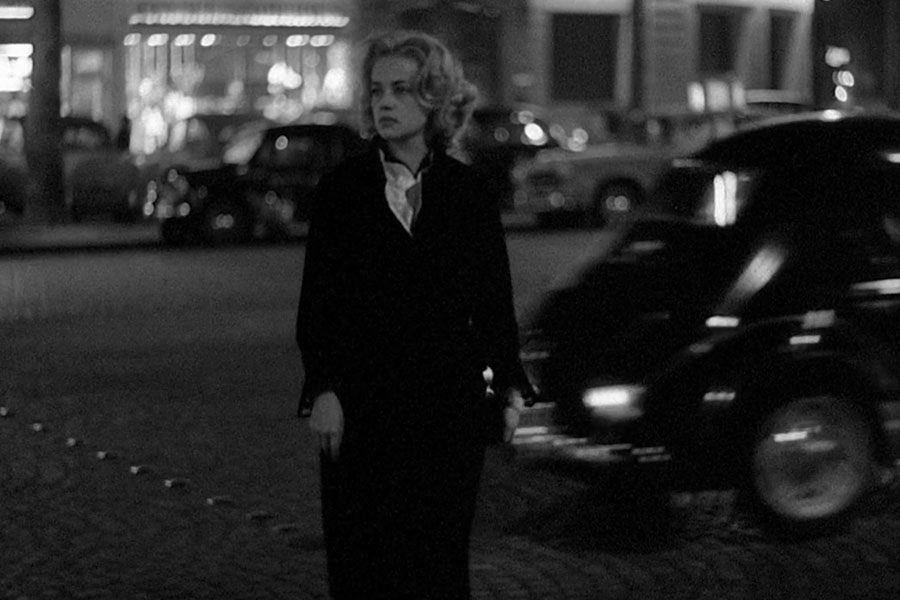 ELEVATOR TO THE GALLOWS, Louis Malle, 1958

In one of the most indelible scenes of the early French New Wave, Jeanne Moreau searches for her lover in rain-swept Paris streets, accompanied by the only film score that Miles Davis ever composed. Her iconic suit was designed by Chanel, as were her dresses in another 1958 Louis Malle classic, The Lovers. The actress and designer saw each other often, loving to share anecdotes and book recommendations in Chanel’s personal library. 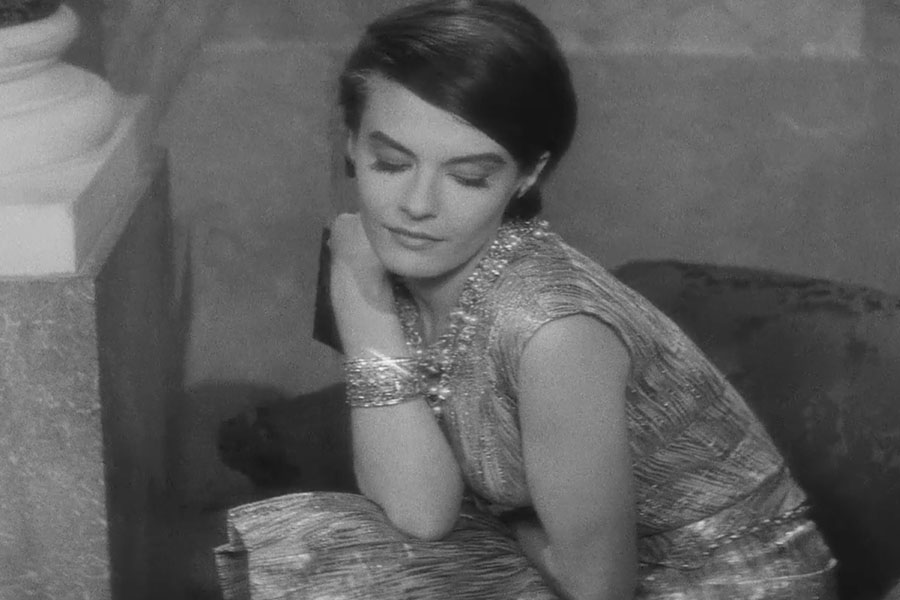 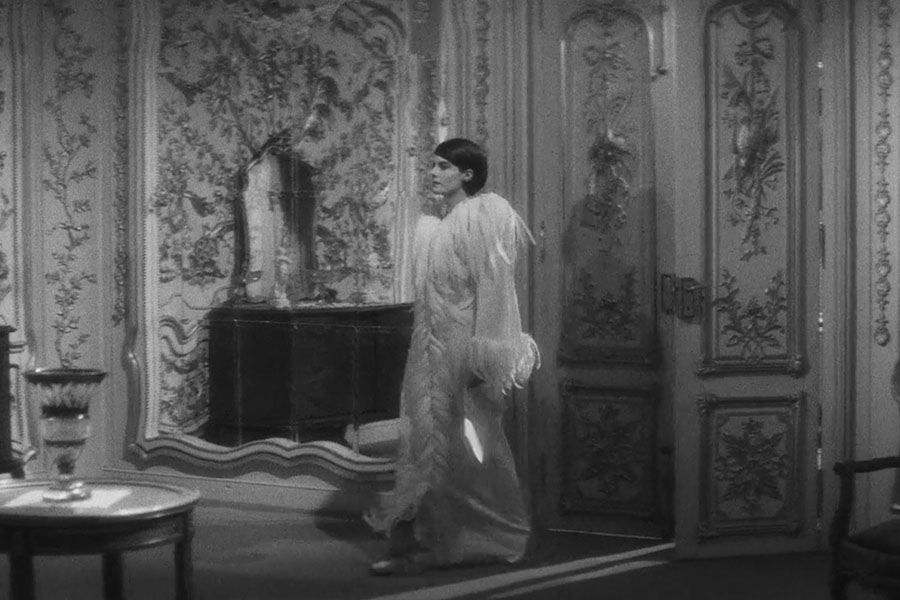 After spotting a then-unknown Delphine Seyrig in a New York theater production, director Alain Resnais cast her as the female lead of his superb and enigmatic meditation on time and memory, then enlisted Chanel to transform his ingenue into a star. The exquisite gowns she designed are integral to the film’s highly influential visual design, and Chanel and Seyrig began a long-lasting friendship, united by mutual respect and their devotion to the cause of women. 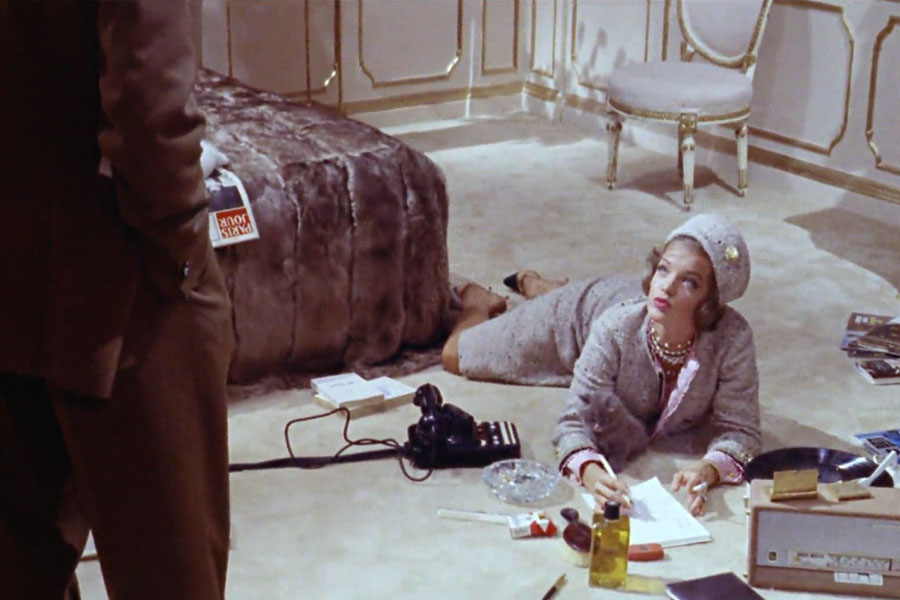 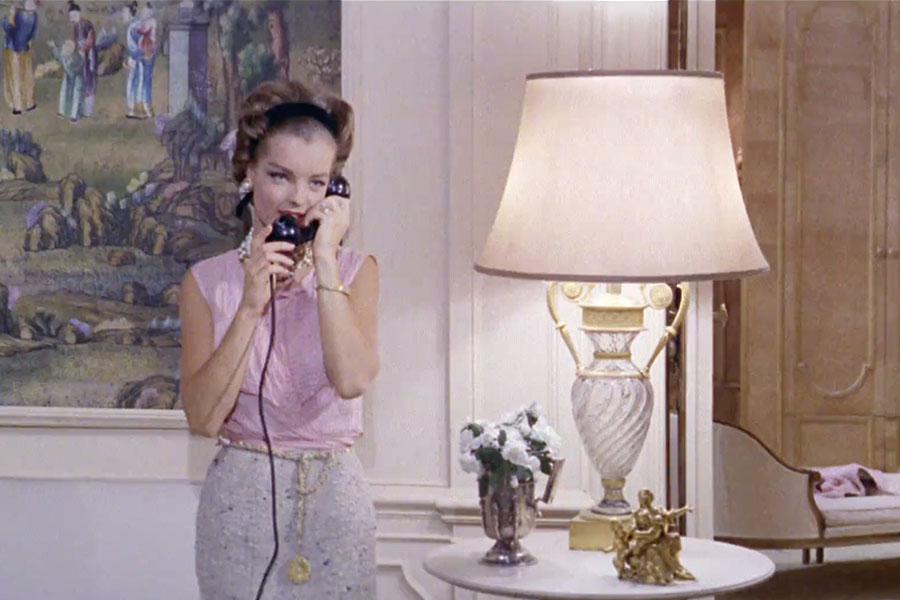 In the early 30s, Gabrielle Chanel introduced Jean Renoir to Luchino Visconti, who would become his assistant director for several films. In the early 60s, Visconti connected Chanel with Romy Schneider. This short film, part of an anthology feature on morality and love with segments directed by other Italian masters such as Fellini and De Sica, focuses on a society woman (Schneider dressed in CHANEL) and her unfaithful husband. The production could be seen as an homage to the designer’s world.