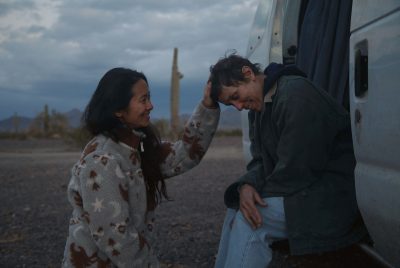 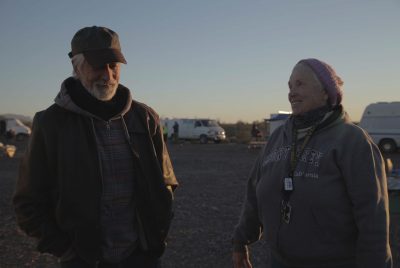 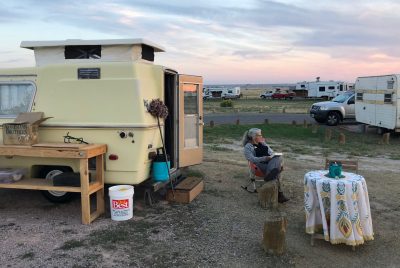 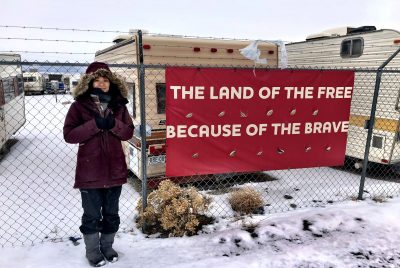 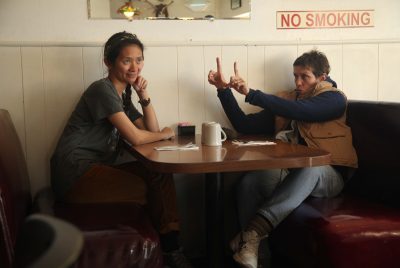 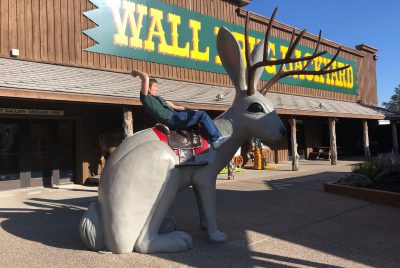 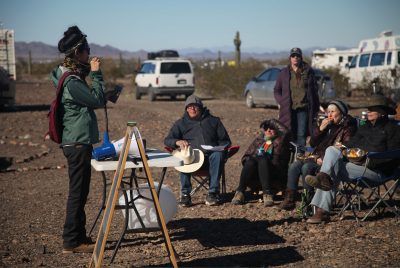 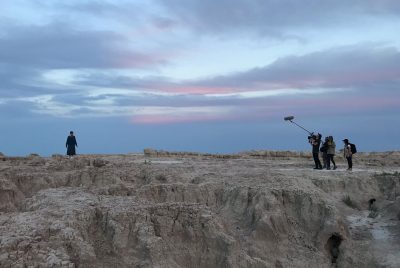 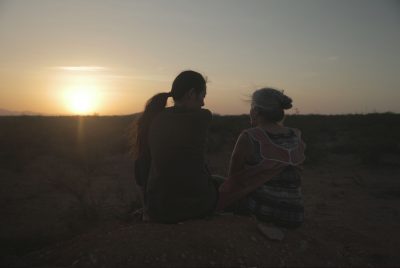 ON THE ROAD WITH NOMADLAND

Creating characters that flow from the experiences of nonprofessional actors, Chloé Zhao—now the fifth woman and first non-white woman to be nominated for the Best Director Oscar—has become a nuanced chronicler of the collateral damage of American capitalism. Following critical acclaim for her first two films, 2015's Songs My Brothers Taught Me and 2017's The Rider, Nomadland tells a timely story of real-life RV nomads on the precarious margins, this time anchored by a fluid and uncompromising Frances McDormand. In this gallery, Zhao’s producing partner Mollye Asher revisits some of her favorite moments from the set and gives an inside look into Zhao's organic method. Distributed by Searchlight and nominated for six Academy Awards, Nomadland is now playing in theaters and on VOD.

“I know this is a sweet moment between Fran and Chloé but it just makes me think of how Fran cut her own hair throughout the shoot. I think she's pretty good at it!”

“David Strathairn fit right into the community of nomads. In fact, on his first day shooting the RTR scenes, we lost track of him and lo and behold—he was just over at the ‘Free Pile’ chatting amongst everyone. Maybe even bartering some of his can openers!”

“This is Linda May taking a little pause from setting up camp to enjoy the sunset.”

“We weren't anticipating a snowstorm, but when we landed in Empire, Nevada, to a couple feet of snow, Chloé decided to go with it rather than reschedule. She changed a few things in the timeline to make it work in the story. A perfect example of how she and the team will adapt to the unexpected and find ways to make creative choices.”

“The scene shot here didn't make the film, but if you ever find yourself in Yuma, Arizona, stop by Brownie’s Cafe for some amazing bacon milkshakes!”

“Fran took a series of tourist photos as Fern. This one is at the famous Wall Drug in South Dakota.”

“Shortly after staging all of the vehicles for the RTR scenes, this is Chloé prepping the nomads on what to expect during the shoot.”

“Out in the middle of the Badlands. When designing the flow of the set, there will be this little nucleus closest to the talent (Chloé, DP, sound and one assistant), then a circle right outside of it with the art department, camera and G&E—ready to jump in when needed, and then outside of that production, overseeing. This organization is how we create a nimbleness and an intimacy with the actors—especially important when working with non-actors.”

“I love this photo. Chloé builds such a beautiful trust with her actors and this photo exemplifies it. Linda May is probably telling Chloé a story that ended up in the film.”