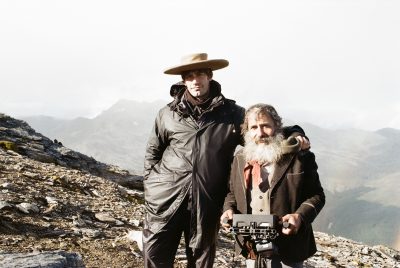 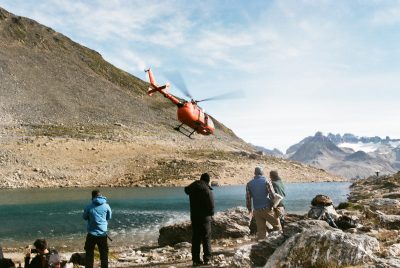 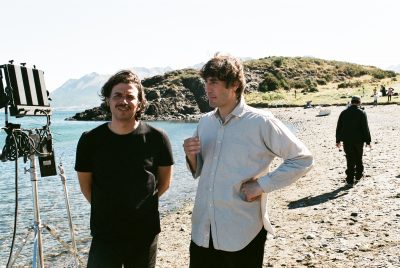 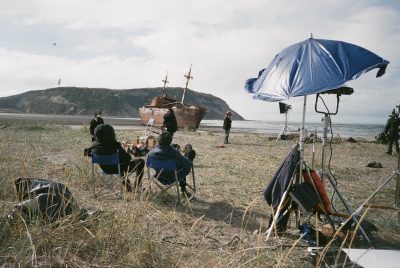 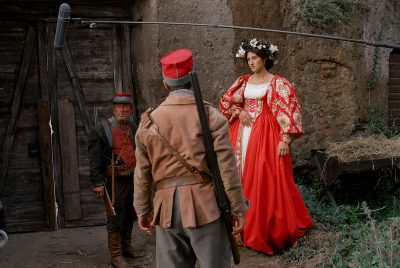 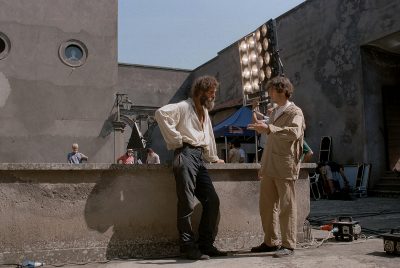 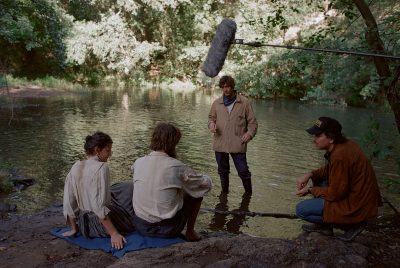 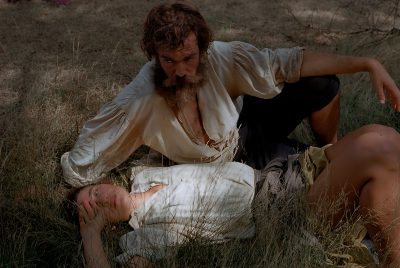 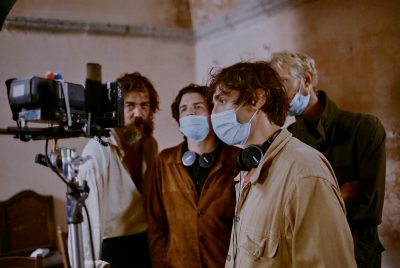 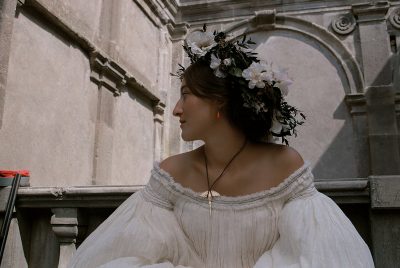 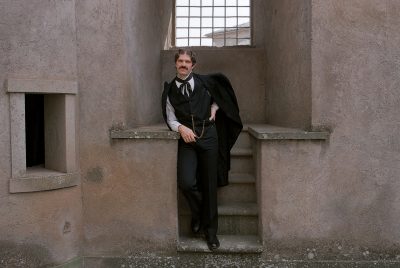 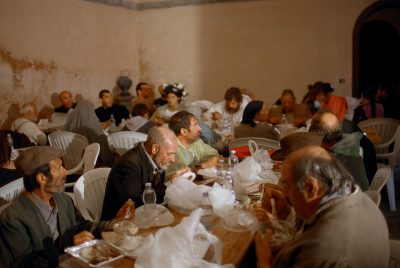 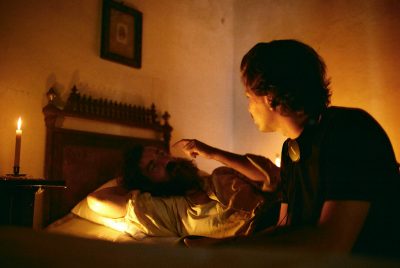 OFF THE MAP WITH THE TALE OF KING CRAB

A dazzling, time-bending myth, The Tale of King Crab embarks on a treasure hunt with a 19th-century wanderer. The Cannes Directors’ Fortnight gem is the first fiction feature by Italian-American filmmakers Alessio Rigo de Righi and Matteo Zoppis, following two earlier documentaries, Belva Nera and Il Solengo ; their work has screened at the New York Film Festival, IFF Rotterdam, and Cinéma du Réel. All of their films are inspired by folktales from the Italian village of Vejano, and King Crab often has the dreamy haze of an embellished legend, awash in lush cinematography and surreal motifs.

To celebrate the New York release of The Tale of King Crab, the filmmakers share Matteo’s brother Alessandro Zoppis’ striking 35mm photographs from the shoot, which took them from Italy to Argentina.

“This is the last shot of the last day of shooting. We were on the peak of a mountain in Tierra del Fuego where it was -8°C with winds up to 80kmph. It was a mad experience! I’m wearing Mariano Arce’s character’s hat, and he’s playing me!” MZ

“We saw many lagoons around Ushuaia, but this one, Laguna Turquesa, worked the best because of its shape and the color of the water. With Simone D’Arcangelo, the DP, we flew over the mountain in the helicopter so we could ‘discover’ the lagoon on the other side. Meanwhile, we spoke with Gabriele Silli, the actor playing Luciano, via radio to coordinate his position on the peak.” ARDR

“The lagoon sits on the peak of the mountain. It’s only accessible via air or a two-hour, steep uphill hike. We convinced the production that the only way to get the equipment up there was with a helicopter while everyone else hiked. This was one shot we had to get with the helicopter; the image has a feeling you can’t get with a drone.” MZ

“This is Playa Larga, the most popular beach in Ushuaia. Here we filmed Gabriele, as Luciano, alone in the small boat dressed like a priest. The camera was rigged on the boat which Simone D’Arcangelo operated by himself.” ARDR

“The Beagle Channel, which was placid and bleak until that day, changed in an instant, bringing shoals of herring, sea lions, and whales everywhere you’d look.” MZ

“This is Cabo San Pablo, a remote spot on the Mitre Peninsula on the Atlantic coast. We chose this location because it was the site of the Desdemona’s desolate shipwreck. We later changed the shape of the ship with postproduction effects to make it look older.” ARDR

“For me, this was the hardest day of the whole Argentinian production. We had visited this remote location—a three-hour dirt drive from the town of Tolhuin—to study the tide for weeks. We had seen it several times in foggy, low-tide conditions, and when we got there we had harsh sunlight. It took some time to work around it and rewrite the scene.” MZ

“For continuity, this scene was shot at sunrise, but in the film it’s actually night.” MZ

“This was one of the most difficult scenes we shot in Italy in terms of its tension and violence. Maria Alexandra Lungu got so into the scene that during the second take she knocked the two bad guys on the ground and escaped!” ARDR

“We used all the interiors from the castle in Vejano to reproduce the old town. I’m giving instructions to Gabriele for the scene in which he wakes up from his father’s house.” MZ

“For this scene, we used friends and family as extras. The Prince is played by the great artist Enzo Cucchi.” ARDR

“Since we are co-directors, we try to divide our roles on set, but in the end we never really do what we set out to do.” MZ

“We rehearsed a lot of the scenes with Luciano and Emma. Here, Emma is singing a song to Luciano that was written and arranged by the composer Vittorio Giampietro.” ARDR

“Beautiful picture of Alexandra and Gabriele taken by Alessandro Zoppis, who shot all of these behind-the-scenes pictures in 35mm. This is the kiss scene between Luciano and Emma.” ARDR

“With Simone, we had decided to shoot the interiors in digital. Since we were working with townspeople and not professional actors, we built these spaces like a theater, and once we were ready to shoot we wouldn't touch anything. The technicians stayed outside to help give the non-actors their own space.” MZ

“Maria Alexandra Lungu was only 14 when she acted in The Wonders by Alice Rohrwacher. In 2019, she spontaneously participated in an open casting call we did in Viterbo, and we immediately understood that she was Emma. Her ancient beauty and her strong personality perfectly shaped the character we were imagining.” ARDR

“This is Alessandro Cicoria, a dear artist friend of ours, who has collaborated with us over the years and helped us on previous films. His opinion is always important to me.” MZ

“Alessandro Cicoria was interviewing the Prince, played by Enzo Cucchi, during this scene. The result was a profound and sharp interpretation of the concepts we wrote for the film.” ARDR

“Almost the whole town of Vejano was helping us and working on the film. This was the day we filmed the scene in the osteria.” ARDR

“Lunch break was a lot of fun. We all ate together, and because we shot the movie during the first lockdown, it was also the only time we could take off our masks!” MZ

“Here, we are preparing for a very delicate moment: the scene between Luciano and his father. Gabriele spent a month in the town of Vejano to get into character. During long nights at the Bar del Cacciatore, he rehearsed this scene with Bruno di Giovanni, a local laborer who plays his father in the film.” ARDR