In the Cinéma Club of… Jonah Hill

The beloved, two-time Oscar nominated actor Jonah Hill has just become an exciting new writer-director with his wonderful debut feature Mid90s. With an impressive 60 acting credits at the age of 34, Jonah Hill first appeared onscreen in David O. Russell’s I Heart Huckabees (2004) and then rose to international recognition for his lead role in Gregg Mottola’s Superbad (2007). He quickly became one of the most important actors of his generation, and has since worked with filmmakers such as Bennett Miller, Martin Scorsese (these two collaborations earning him Oscar nominations for his roles in Moneyball and The Wolf of Wall Street, respectively), Joel and Ethan Coen, Quentin Tarantino, Gus Van Sant and, with his upcoming The Beach Bum, Harmony Korine. Mid90s is a thrillingly fun, impeccably crafted, emotional portrait of adolescence within a group of young L.A. skaters, splendidly captured on Super 16 mm.

Jonah Hill spoke to us about five films he loves – and as his biggest influences are often documentaries, he picked five films in that format, including some of his references for Mid90s. 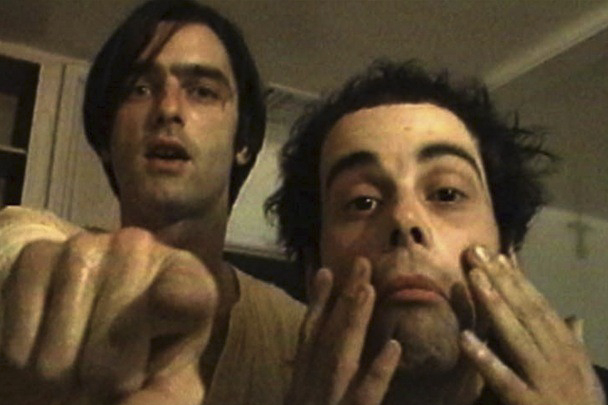 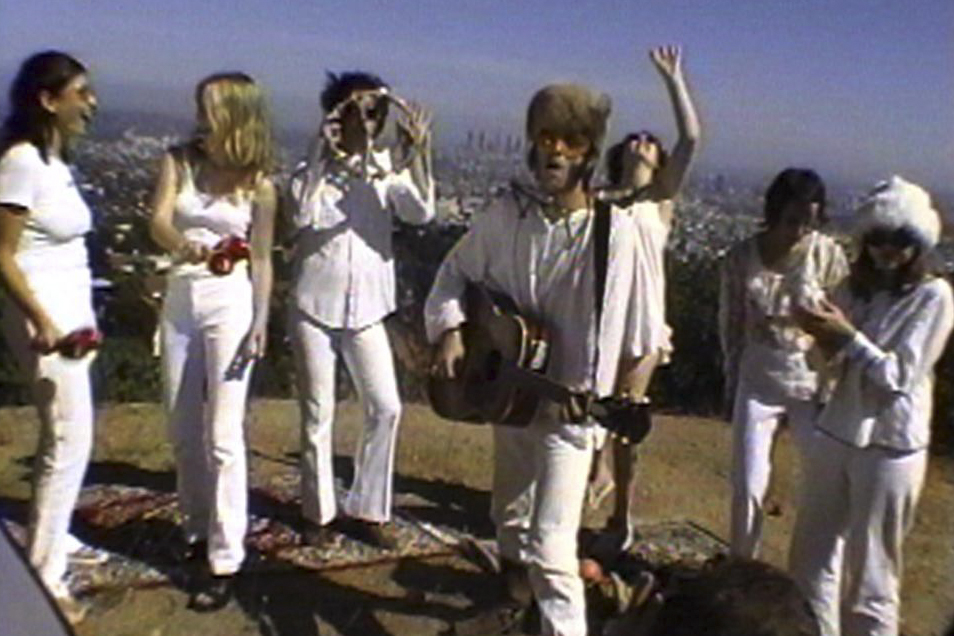 It’s my favorite documentary, and that’s just because of its characters. It’s about two ‘90s indie bands, the Brian Jonestown Massacre (the lead singer Anton is a truly wild crazy guy, completely out of control) and the more successful Dandy Warhols. They envy each other and end up having this super Shakespearian love affair/friendship/rivalry. It’s an example of how great storytelling can get you unbelievably engaged, whether you have any connection to the world of the film or not. If it’s human, it’s human. For me, this film is as important among docs as Goodfellas (1990) is among narrative features. 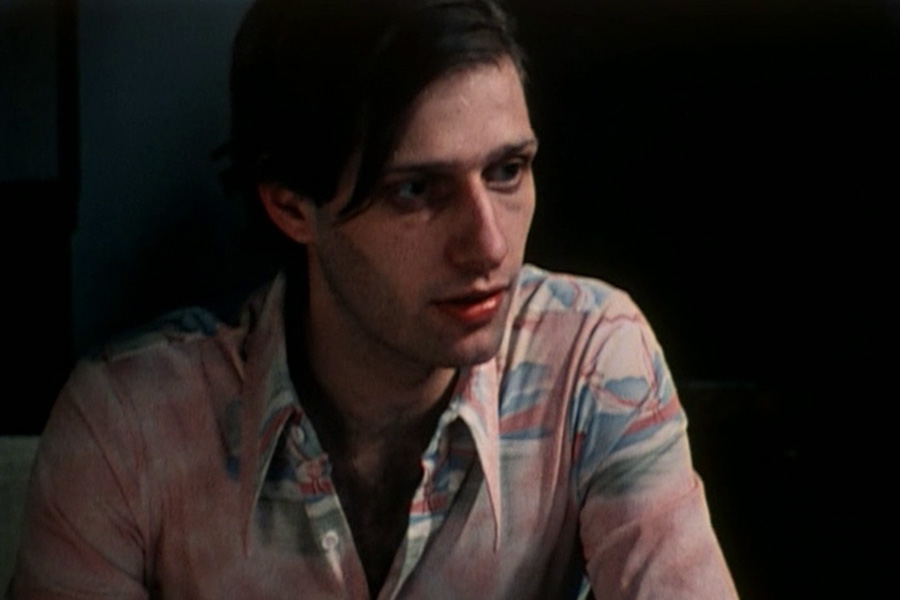 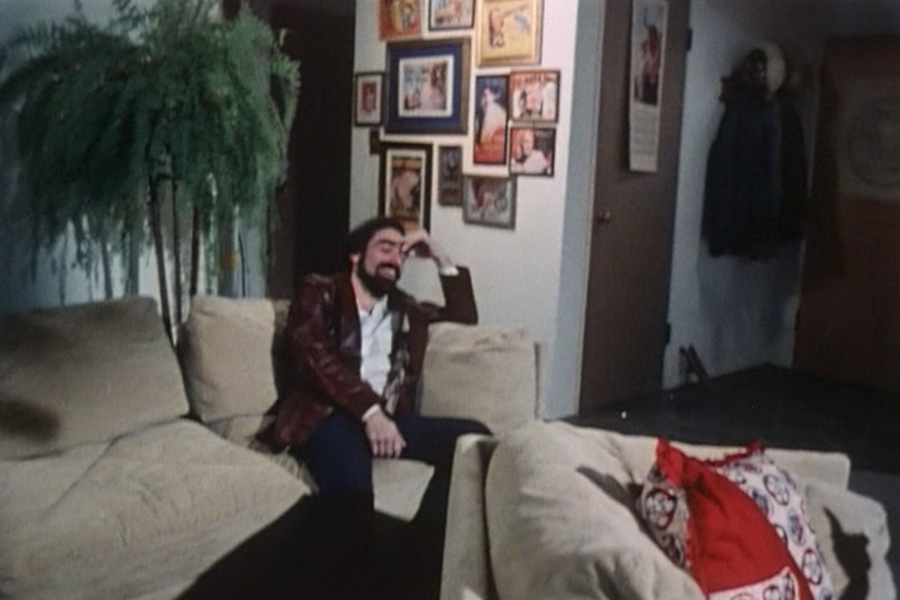 It’s known as the lost Scorsese movie. It’s a documentary he made about his friend Steven Prince, who worked in the music business in the ’70s – the height of their drug use. Marty, who was already a hot filmmaker then, is in it and talks 200 miles a second. The main character is fascinating, and so honest, snatched out of the Hollywood and music business and drug culture of that time. Steven Prince tells the story that Quentin Tarantino used for the needle in the chest in Pulp Fiction (1994); it had happened to him, he had put a magic marker on a girl’s chest and plunged an adrenaline needle into her heart. 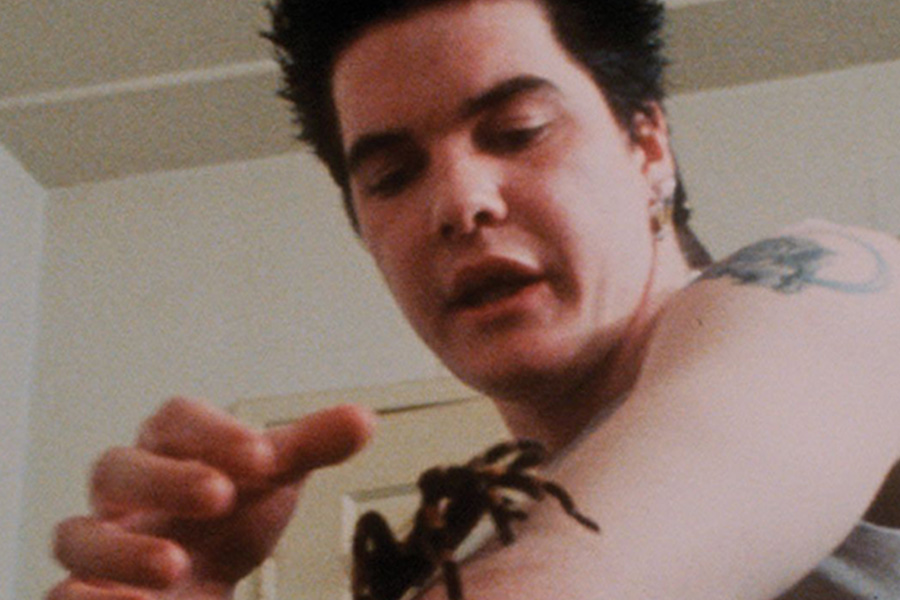 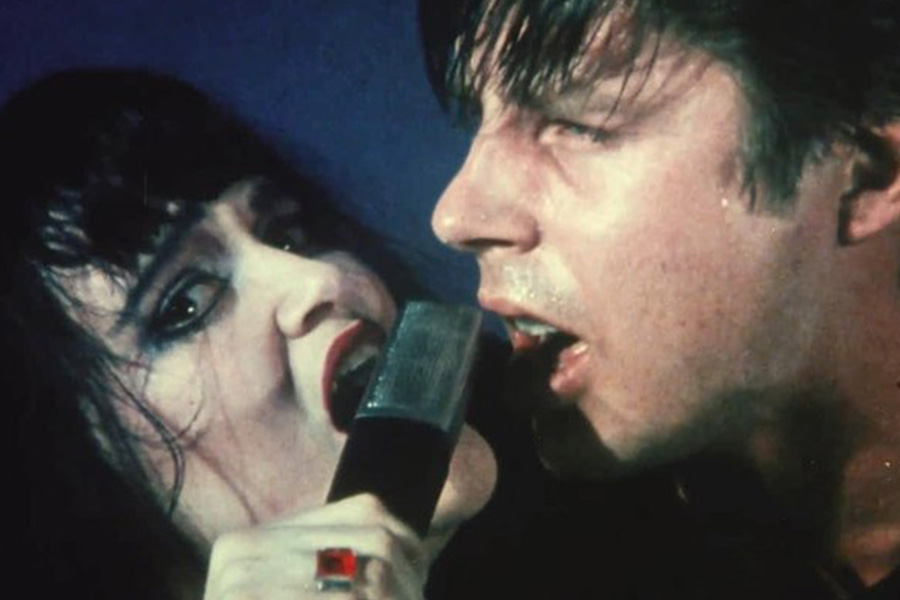 She made three in the series, this, then II and III. This one is about hardcore punk in L.A. in the early ’80s so there’s a lot of Black Flag and that whole scene. Its aesthetic was one of the main influences that Chris Blauvelt and I used for Mid90s – for the way things looked, the way the backstage in the apartment looked, for the 16 mm. It’s a remarkable and encompassing snapshot of a scene that I’m personally drawn to, and the ethics and aesthetics of the film are as fucked up and raw as what it’s depicting. The crazy thing is that Penelope Spheeris started as a punk doc maker and ended up directing broad ’90s comedies - she made Wayne’s World (1992)! She also made Suburbia (1983), which is amazing, and another influence for Blauvelt and I. The main thing I did when I became a known as a an actor and had access to people and filmmakers, was me saying, like, “Hi, I’m the kid from Superbad, can I please have all the Decline movies?” That’s how I abused fame at that time. 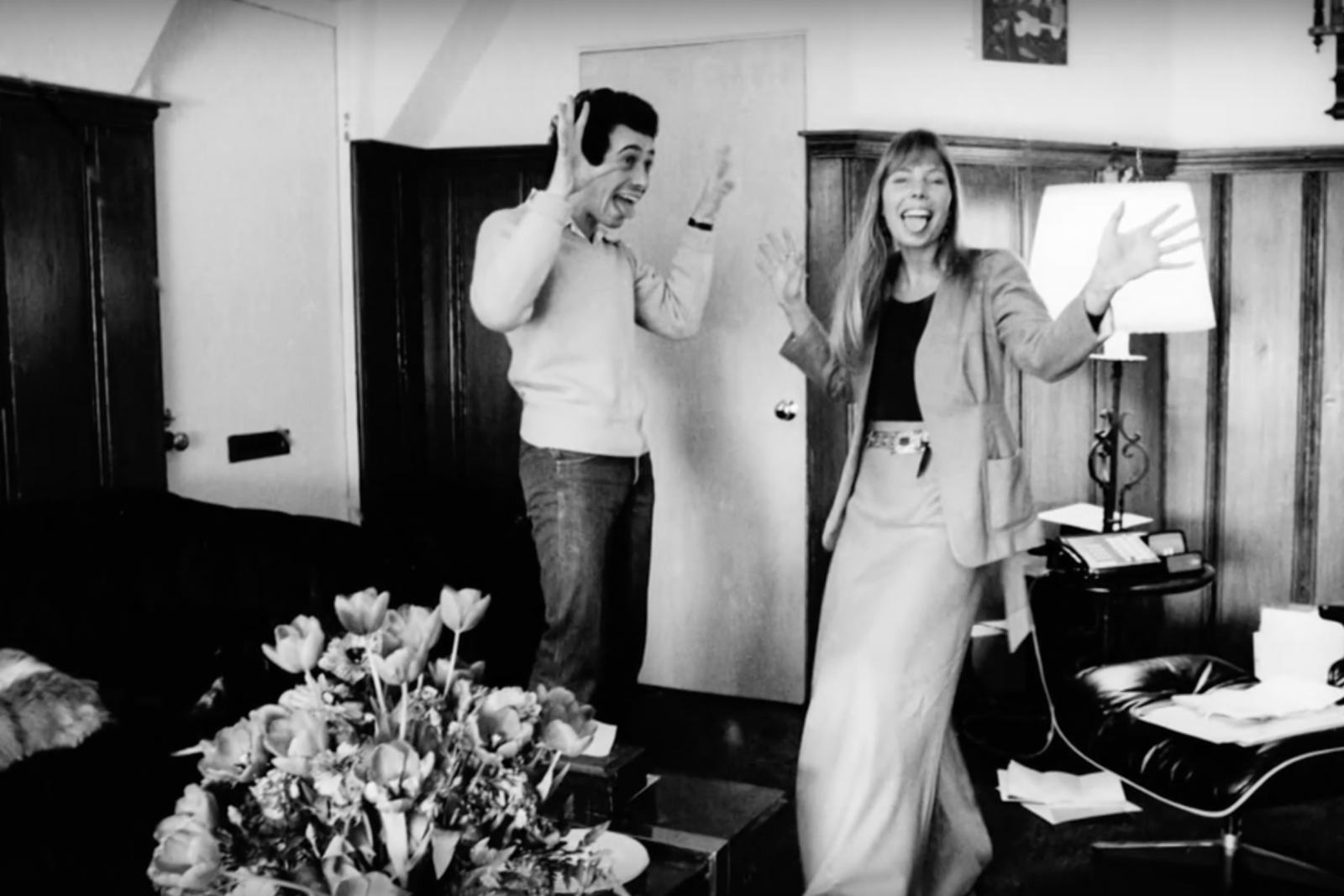 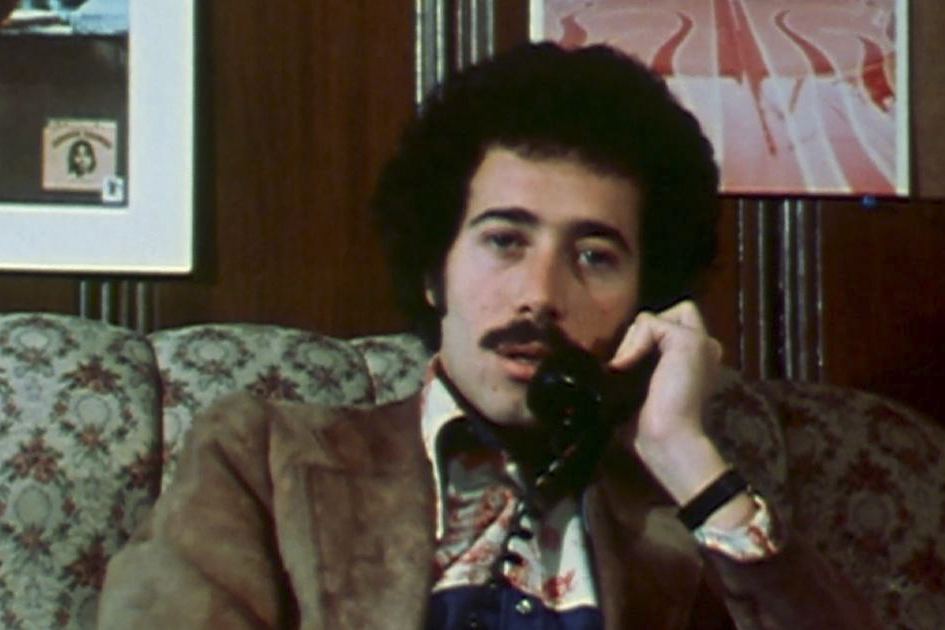 This is maybe my second favorite doc of all time. It’s a PBS American Masters on David Geffen. He is the single most successful entrepreneur ever in the entertainment business. This guy is just brilliant, has had a really interesting life and done so much, every big cultural event. I’ve seen it a hundred times and really think that if you’re interested in entering or being an artist in the film industry it’s really important to understand the business, and a film like this makes you feel like you have a book that no one else has. He’s the smartest businessman to have entered the art world, in my opinion. He’s almost got the soul of an artist, but his Picasso-like skill is for the business of entertainment. It’s insanely fascinating. 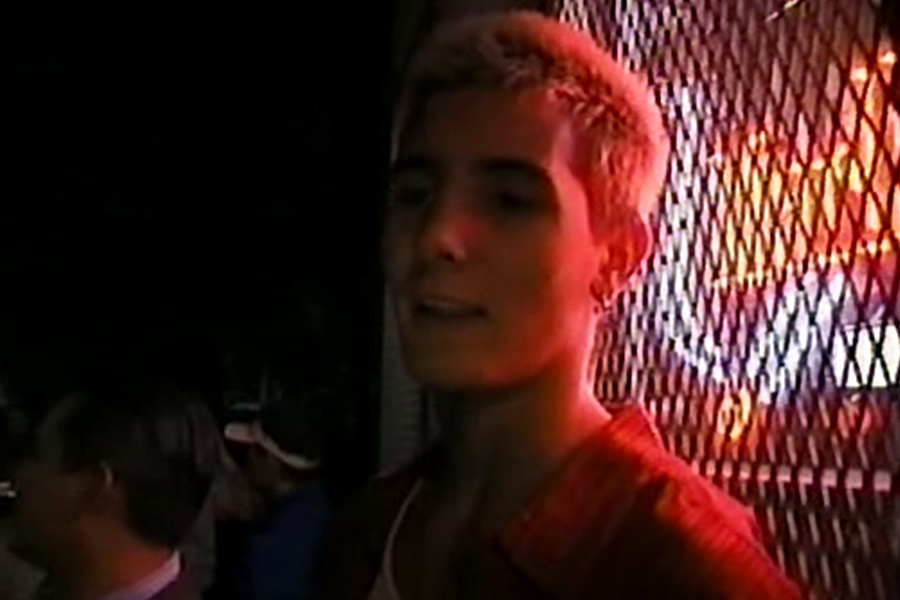 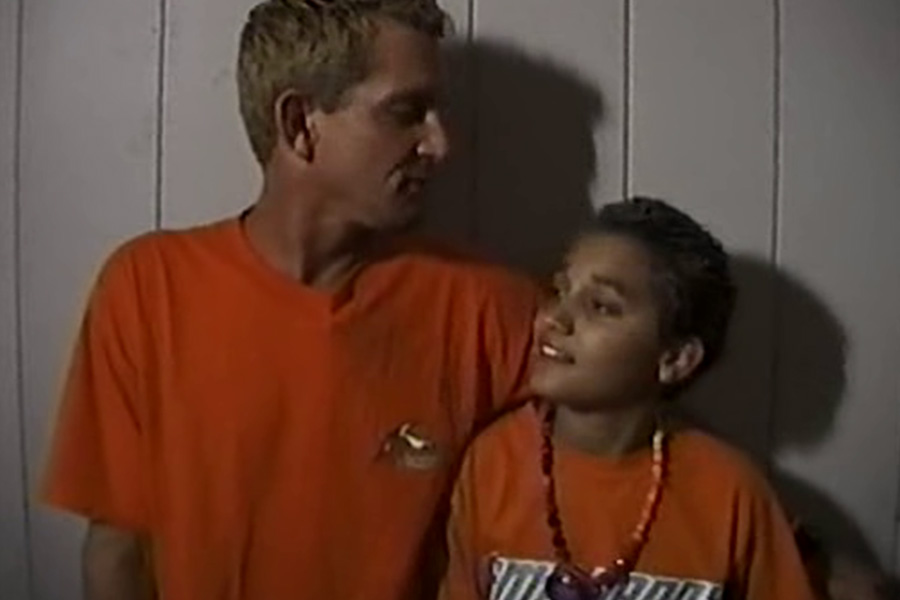 In the ’90s and 2000s, HBO Docs and HBO Films were making some of the most incredible documentaries ever. Even while these weren’t being released in theaters, docs were having this crazy renaissance. I have no idea who was in charge or what was happening, but every month there would be some insane, amazing documentary coming out. This one is disturbing. They’re all disturbing, but in a way I find interesting. Maybe because that can make you feel better… I don’t know, but I am interested in this. I really like the backdrop, which is mid- to late-’90s small-town rave culture. This dad has an 18-year-old son and a 16-year-old daughter who are in the rave scene. He’s a preacher, a normal guy, married, has two kids. One day, for whatever reason, he’s like, “Fuck the life I built, I am going to go to the rave with my kids.” He takes ecstasy and becomes their peer: a gnarly, insane raver. He leaves his wife, he gets an apartment with his son, he’s taking ecstasy every night. It’s also funny and obviously more fucked up because it’s real. What I love about documentaries is that Hollywood would take that movie and turn it into a broad comedy and it would be, “Dad parties with his kids!” But to me it’s a drama, it gets into the complexities of what drives someone to do this, how it feels for their kids and for their ex-wife, what experiences led him to break.