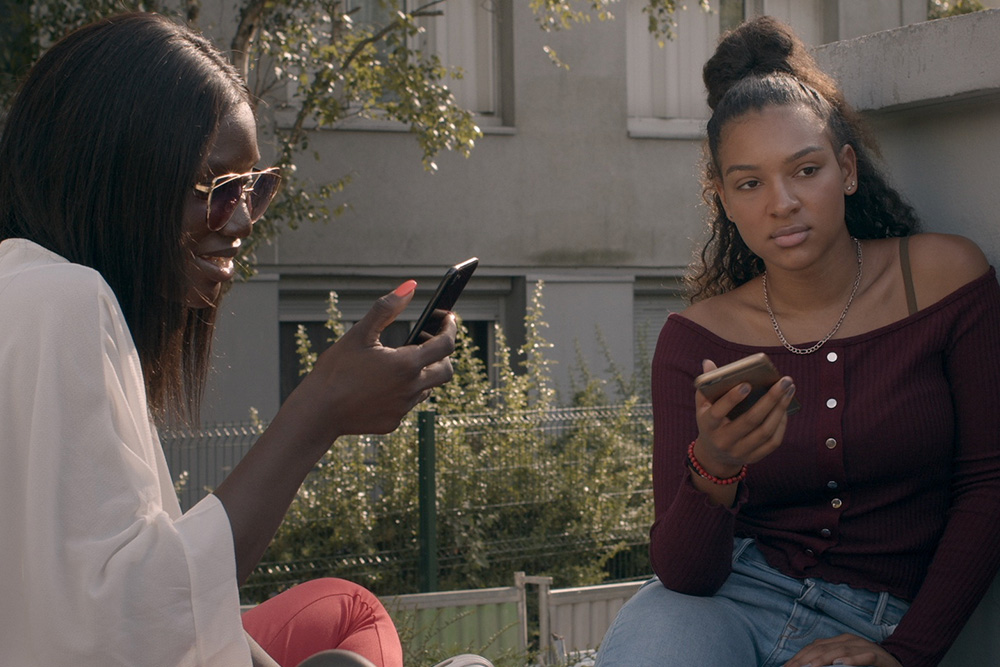 Winner of last year’s Encounters section of the Berlinale, Alice Diop’s We (Nous) maps a well-known commuter rail through fragmented, largely Black and immigrant communities in the Parisian suburbs. One of France’s most exciting contemporary voices, Diop frequently focuses her camera on the banlieues where she grew up. Bringing neglected stories of ordinary life to the fore, her films have screened at festivals worldwide including the Centre Pompidou’s Cinéma du Réel and MoMA’s New Directors/New Films, and were recently the subject of a career retrospective at Film at Lincoln Center’s Art of the Real series.

We is now available on Mubi .

Q. What was the first image you had in mind before shooting?

A. Claire Denis’ 35 Shots of Rum, a film that goes way back for me. That’s really the first cinema image for We, though it’s not mine. 35 Shots of Rum is about an RER B conductor played by Alex Descas. The RER B is the train line that is the set for my film. When I first saw 35 Shots of Rum in 2008, I was extremely moved by the way Claire Denis filmed the places I had lived my whole life, places that were not made for cinema, that were never considered to be where cinema was welcome. And yet, she showed that cinema could make these places remarkable. I think the possibility of my film was born here. It’s not the first image for my film, but somehow it gave the impetus.

The funny thing is, I think the first image I shot for We was of the character Ismaël, right next to where Claire Denis shot the train lines in 35 Shots of Rum. I was in Ismaël’s truck and we were driving along the RER B tracks, and I filmed him on my phone. Those images are not necessarily in the final cut, but I remember it was as if I was filming this cinema territory that had been revealed to me by Claire’s film, putting my own characters near where she had filmed, that was also near where I had grown up.

Q. Besides living or working along the RER B commuter-rail, was there specific criteria for the people you chose to film? What drew you to capture them?

A. What really drove me was my encounters with people. The film navigates the cultural diversity of the country and it’s not just showing the banlieues, it’s specifically the RER B. While I had this ambition to show the heterogeneous nature of French society, I did not want to do any casting calls or have spokespeople for a specific social category. I filmed people for who they were. Through the making of the film and adding all these different characters, there appeared a sociological and political portrait, but it was not forced. It’s something that came to the fore through the process. I filmed people because I felt like meeting them. I wanted to use cinema to meet them.

Q. You’re a character in the film from the beginning, posing questions in voiceover, narrating home videos, and you also eventually appear onscreen. What made you decide to enter the frame?

A. The film deals with the question of what is “we”? What is a society? What is a country? The answer that the film gives is that a “we” is an edition of “I”, of singularity. It was important for me to include myself through my own voice, through my body (it’s the first time that I appear in a film) and through my archives. It also allows me to articulate where I’m looking from sociological, historical, and political perspective, and to not have this kind of outside, above gaze. “I” am one of the “we”, and from that position, the film recomposes a French identity that starts from the margins that my life has put me in.

Q. At what stage of production do you feel most connected with your work?

A. Honestly, I don’t think there is one stage in particular. The films I make are constantly being written and reconfigured. I don’t sanctify any stage of production, and this is true in fiction as well as in documentary. I’ve just made my first fiction film and we didn’t sanctify the screenplay the way people often do in fiction. The shoot reconfigured the screenplay with things that I hadn’t been able to see during the writing process. Again, during the edit, there was a reconfiguration of things that I perhaps had seen in the shoot, but hadn’t seen when I was writing.

I think that’s what is so rich about creation in film, at least for me. Each stage renews and contests the previous stage. In my filmmaking, I’m always doing a highwire act. I am afraid that I’m going to fall, but I’m very prepared going into it. I think that’s true of both documentary and fiction. My documentaries are as written, prepared, and thought through as my fiction film.

Q. What is one of your favorite French films?

A. For We specifically, I thought a lot about the Claire Denis’ 35 Shots of Rum, but also L’amour existe by Maurice Pialat. That’s a film that touches me a great deal. It’s Pialat’s first film; I think it’s his only documentary and it’s a film that he shot in the Paris banlieues. It’s a tremendously gracious, poetic film, but also has great political power. For We, L’amour existe, even more than 35 Shots of Rum, was a guiding film. It nourished me a great deal. Let’s say both.

A. I read a short story recently by a young Afro-American writer, Raven Leilani: Luster, or a collection of short stories. I would have loved to adapt that, but I saw that it’s already taken by HBO. They have the rights, so that’s impossible. Other than that, maybe Nabokov’s Ada, or Ardor? I think it’s impossible to adapt, but it would be extraordinary. I would never dare, but… it would be great.

A. Recently, a friend of mine gave me advice because I was complaining about some political issues that hurt me in France, particularly in the French film world. She said to me, “go where you are loved and where you are seen, and stop fighting for lost causes.” I think that’s a beautiful piece of advice to give to a forty-three-year-old woman who has fought a great deal. Sometimes we have to rest from this constant injustice and find ways around the places where things are stuck and where people refuse to see us.

It was my friend Maboula Soumahoro, who is a beautiful writer. She’s going to be teaching at Columbia in the fall.

A. I take a lot of screenshots and the latest one is of my office. I have a picture of Philip Roth, the back of Toni Morrison’s head, Muhammad Ali and his baby… What’s funny about the photograph is that I recently changed offices, so all the documents have been lost. There’s also a piece of a Kerry James Marshall painting. 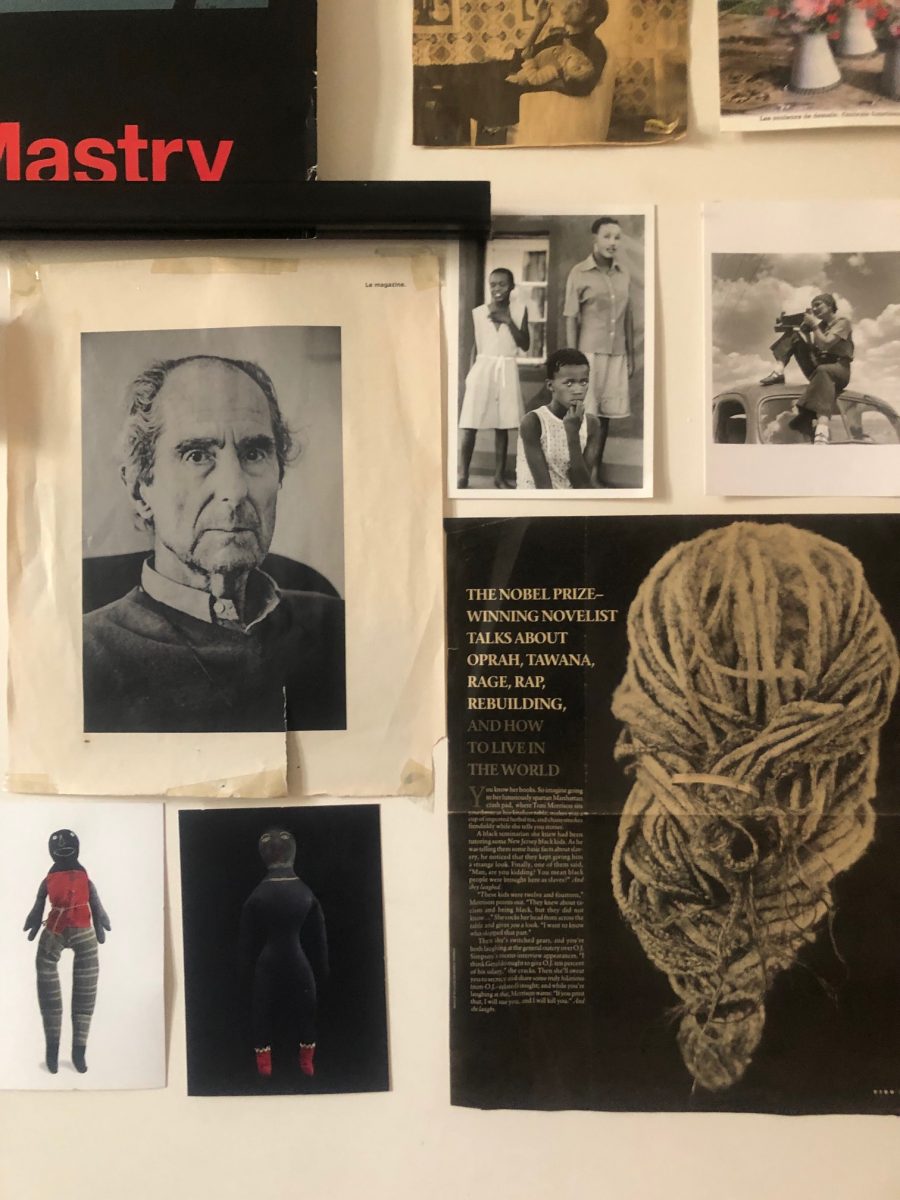