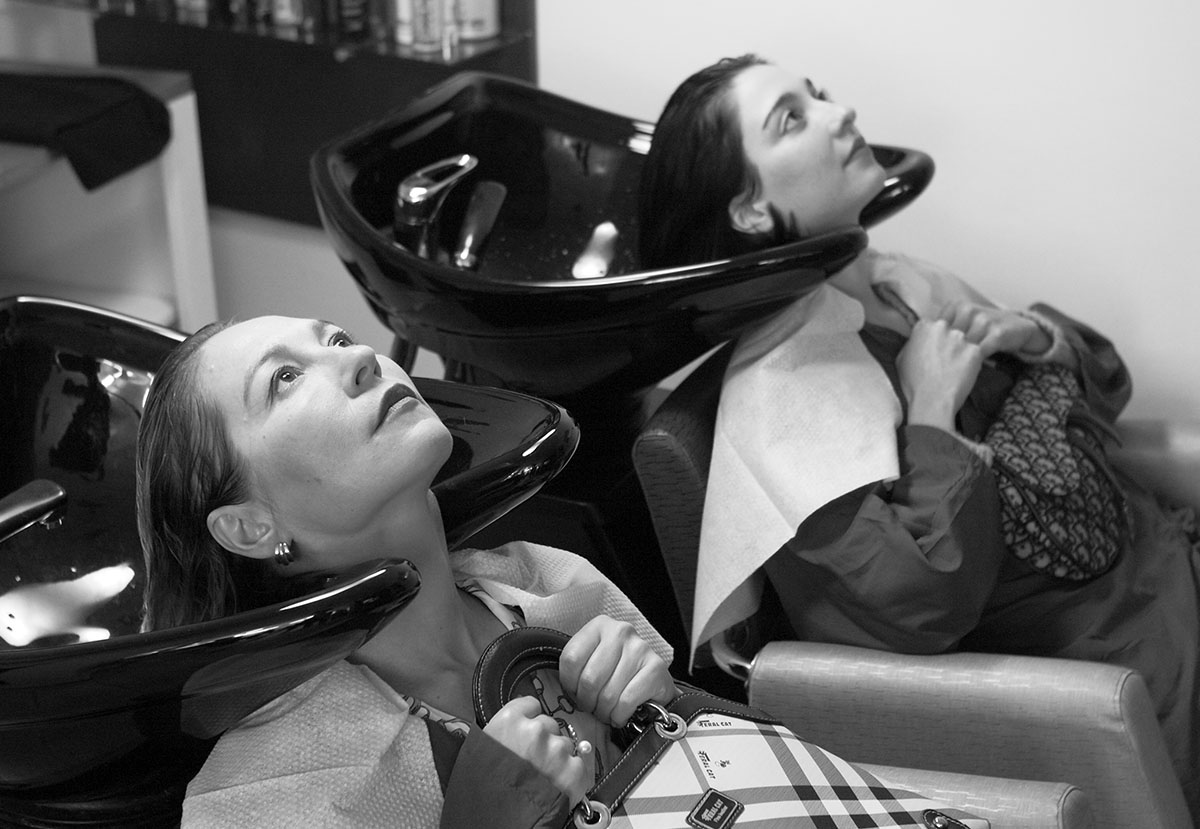 A Sundance standout, Amalia Ulman’s debut feature El Planeta follows a mother and daughter (Ulman and her own mom, Ale) on the verge of eviction from their apartment in Gijón, Spain. The film shares a vibrancy with Ulman’s earlier shorts: a dry sense of humor, an incisive commentary on social class, and a tenderness toward everyday details. Aside from film, she’s also an innovative net-artist; in Excellences and Perfections, she transformed an Instagram performance piece into real-world installations for the New Museum and Tate Modern.

El Planeta is the Opening Night selection of the 50th edition of New Directors/New Films, which begins on April 28.

Q. With El Planeta, what was it like to explore performance, identity, and globalization so locally—in your hometown, while collaborating with your mother?

A. I’ve always been interested in how those topics are reflected in small details, in things that are seemingly mundane, feminine, and trivial. And in this case, the way that the relationship and the routine of this mother-daughter duo is affected by a global economic crisis responds to artworks I’ve done in the past. But in a whole new way, because I’ve never worked with my mother with such intensity before, and Gijón, despite being the place where I’ve planned and written most of my artworks, was never center stage as a character itself.

Collaborating with my mother was a joy. It was easy to work with her because she’s a film buff and worked really hard on the María Rendueles character. It was very enjoyable to film in my hometown and involve old friends, too. For example, the policeman in the last scene is my mom’s ex-boyfriend. We pull a lot of favors from my mom’s exes throughout the film. She’s a heartbreaker, as you can imagine.

Q. You’ve mentioned that you wanted to avoid a melodramatic view of the characters’ lives. How did you create and set the film’s mood?

A. I feel that a lot of movies about issues like poverty and evictions are overwhelmed by a sense of guilt because, usually, the directors and writers are from a different class and feel it is their duty to portray it that way. As if the poor are inherently pure at heart and have no other interest in life than finding a little job.

I watch a lot of pre-Code movies, and these issues are always tackled with a good dose of humor and a lot of glamour. 1930s movies are full of hustlers and they are never pitiful. I love a good antihero. I wanted the characters to be multidimensional and complicated.

Q. Apart from Instagram, you’ve also made videos using PowerPoint and iMovie, including a companion piece to El Planeta. What draws you to presentation programs?

A. I’ve worked across multiple disciplines—net art, performance, photography, sculpture, et cetera—and there’s always a relation to the readymade and the template. I love and collect templates from different eras. From boring, office-style PowerPoints from the ’90s, to hipster or millennial mustached logos for gentrifying cafés. I like having rules and structures and subverting them to create something new. Using templates helps me to do that.

In photography, for example, I always gravitated towards point-and-shoot cameras or phone photography; in sculpture, to readily accessible materials…I like when things have a tongue-in-cheek feeling. In a way, I love the present. I don’t romanticize the past and chase retro aesthetics, nor do I fantasize about the future. I love the shitty present. I decided to use a Blackmagic Pocket for El Planeta for this reason.

Q. Is it important to you to have a creative routine, or do you prefer spontaneity?

A. This is such a tricky question. I’m certainly not the kind of artist that works every day and follows a routine. I actually spend long stretches of time being diligently lazy and just looking at the world. It’s very important for me.

I love learning new things from scratch, and it requires me to empty myself of previous structures. And then when there’s a spark, I begin working nonstop, pursuing that vision and doing whatever it takes to materialize it. I’m like a cat. I have a particular attitude to my days. Some days are a “daytime day” where I work 20 hours nonstop, and others are a “nighttime day” where I mostly nap and observe.

A. Sibyl took me pleasantly by surprise because I didn’t know the work of Justine Triet so I didn’t know what to expect, but I was glued to the screen and had to text my friends afterwards. I love that feeling. I was deeply immersed in it.

That also happened to me watching Stray, the movie by Elizabeth Lo about dogs in Istanbul. I have to admit that I imagined it to be along the lines of Kedi, but it was extremely different. I loved how Stray focused so much on the dogs themselves and that there’s no human voiceover. It was brilliant.

A. I’m finishing the script for my next film, which is a project that I’m very excited about. In a way, it will be similar to El Planeta in tone, but it will be very different because of its use of color, its cumbia music soundtrack, and its location: the story is set in northern Argentina. I’m also developing a TV show set in Spain in the ’90s. I can’t say much about the story, but its soundtrack is something I’m also very excited about, because there was a boom of really good Spanish shoegaze during that era that I’d love to include.

A. The photo that started it all. Sometime in 2017, my mother sent this photo of Justina and Ana Belén in Gijón and told me to look up their story. What I saw sparked my interest and later developed into El Planeta. 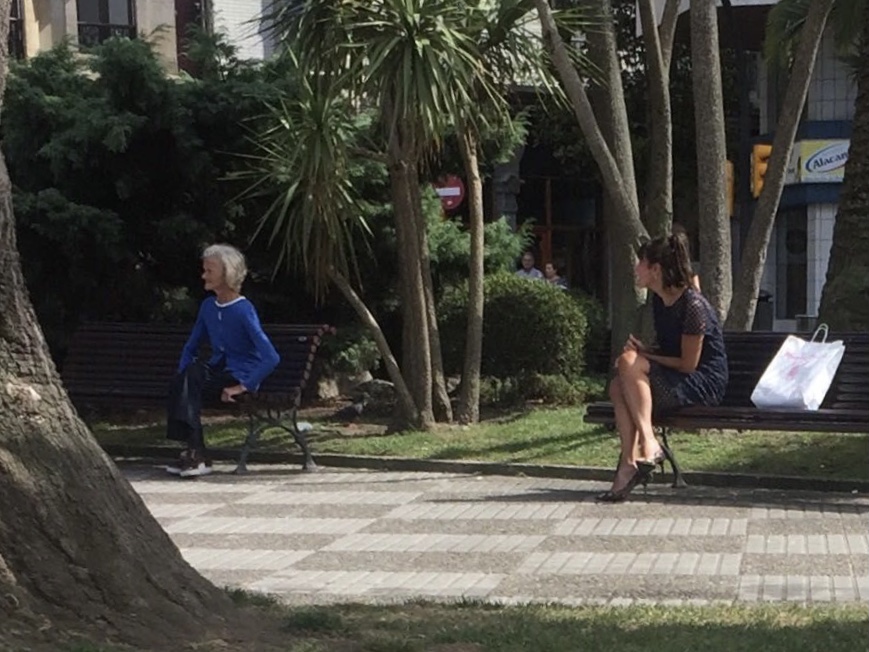