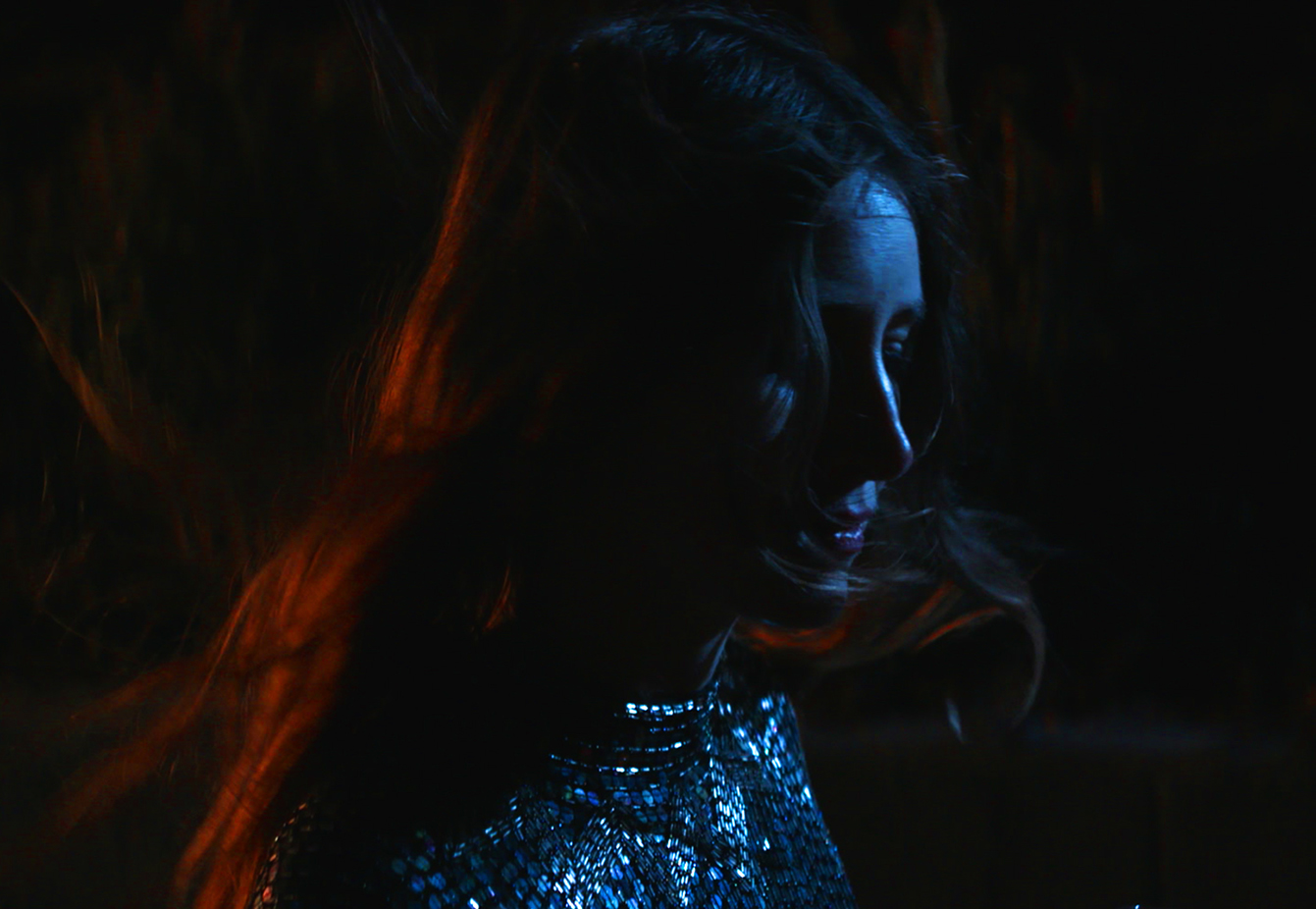 Actress and filmmaker Amy Seimetz’s first feature Sun Don’t Shine (2011), a gritty and expressive thriller set in Florida, was described by Richard Brody as “an instant classic”. Seimetz also created and directed with Lodge Kerrigan the critically acclaimed HBO series The Girlfriend Experience, produced by Steven Soderbergh. As an actress, she is known for her intense and thoughtful performances in films including Ridley Scott’s Alien: Covenant (2017), Andrew Haigh’s Lean on Pete (2017) and Kevin Kölsch and Dennis Widmyer’s Pet Sematary (2019). Seimetz now brings her bold voice to her second feature She Dies Tomorrow, a mesmerizing, surreal thriller about a woman convinced she will die the next day, a fear that becomes contagious.

She Dies Tomorrow is distributed by NEON, and now available on digital and in drive-in theaters across the US.

Q. How did you come to base your story around a contagious form of existential angst?

A. We’re born, we’re conscious, we’re gonna die, and we have to live with that and ignore it the rest of our lives until we die. It’s a horror that’s completely terrifying, but it’s also the cruelest joke, that I can’t stop laughing at. So it was combining those two feelings, of terror and absolute gallows humor about that fact.

Q. What was the first image you had in mind for She Dies Tomorrow?

A. My first image was Kate Lyn Sheil, who plays Amy, moving around in my house and trying to connect the walls and floors, to understand the space, which is my house. Because I have such a respect for location and the places that I’ve existed, watching Kate explore that feeling, and seeing what she did with it, was the first thing that came to my mind. I never thought I’d be able to have enough money to own a house. Ever. I didn’t want to take it for granted, so I literally walked in looking at every plank of wood and was like, “I will memorize every single part of you.” This is the thought process that I always go through, where I want to know where you came from, what tree you came from, what part of the tree, you know, in a ceremonial way.

Q. What is your favorite scene in the film?

Q. Given the keys to shoot in any location, which would you choose?

A. There’s a really honest answer that I don’t necessarily want to say, which is mostly because it would subject the rest of my family to something that I feel about it… But I would love to shoot in Prince’s house!

A. Orthopedic surgeon. Because I was a seamstress and I just love making things and I love the finished product. There’s something that accesses my part of the brain where I wanted to be an orthopedic surgeon, there’s something so tactile about going in and carving away the bone so that a person can move their body part again. There’s something so gratifying, not just in the way that they’re able to live their life and relieve pain, and there’s this sculpting element to it… I used to watch these fucked-up surgery shows that weren’t sugar-coated, it was literally like nobody’s talking to the camera, and they just show surgeries. And I really loved it. I was like, wow, wow.

A. Shirley. I’ve just rewatched it again, and I’m lucky to call Josephine my friend, but I also just love everything she makes. It’s just so impressive to watch her do something so magnificent with Shirley. It’s amazing to see somebody’s brain functioning this way that I’m trying to communicate, in these tones and sounds and images and something that you can’t necessarily put your finger on. I love it so much, and it makes me feel so much without even being able to tell you what the movie is about. But that’s my viewing experience, because the things I always love watching are the feelings, and I don’t care necessarily what the plot is. And I really need to mention that show I May Destroy You. It’s my favorite show I’ve seen in a very long time.