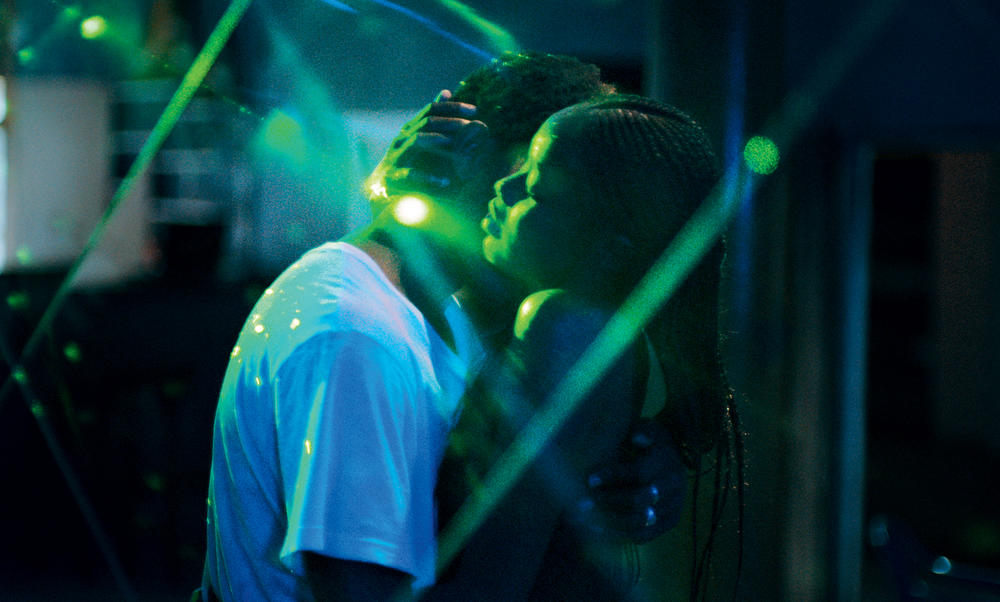 Fatima Al Qadiri is a multi-faceted innovator in electronic music, combining the steely sounds of dancefloor grime and drum and bass with equally hard-edged political commentary. Born in Dakar, Senegal to Kuwaiti parents, she was raised in Kuwait, studied at NYU and is now based in Berlin. In two acclaimed albums for Hyperdub, Asiatisch (2014) and Brute (2016), she deconstructed Western representations of Asia and the Middle East, and with 2017 EP Shaneera dramatically explored femininity in the Arab world. Her haunting, synthetic first feature score, for Mati Diop’s Cannes 2019 Grand Prix winner Atlantics (now streaming on Netflix), was recently released on vinyl and digital formats.

Q. What was it like returning to Dakar in this way?

A. I believe in destiny… To compose a score for a film set in the city of my birth, a place I left when I was two years old, the probability is so low it must be providence?

Q. Do you believe in ghosts?

A. I believe in jinn. The word “ghost” is very limited in scope. Jinn have ranks, tribes, kings!

Q. Was there an image in the film that you used as a starting point for your score?

A. Absolutely, the scene where Souleiman is leaving the construction site on the back of a truck with his workmates and images of the sea are flashing past him.

Q. What sound represents the film for you, whether from your music or the ambience?

A. I think the track “Qasida – Sunset Fever 2” captures the film for me because it contains so much longing and is the main bewitchment/transformation theme.

Q. What is your favorite instrument or software?

A. I think my favorite live instrument is a tie between the qanun and koto.

Q. If you were not a musician, what would you be?

A. A palm reader.

Q. Which album has inspired you recently?

A. Well, most recently it’s not an album but a song: “Caribbean Blue” by Enya.

A. My mother’s artwork, she’s a major inspiration.