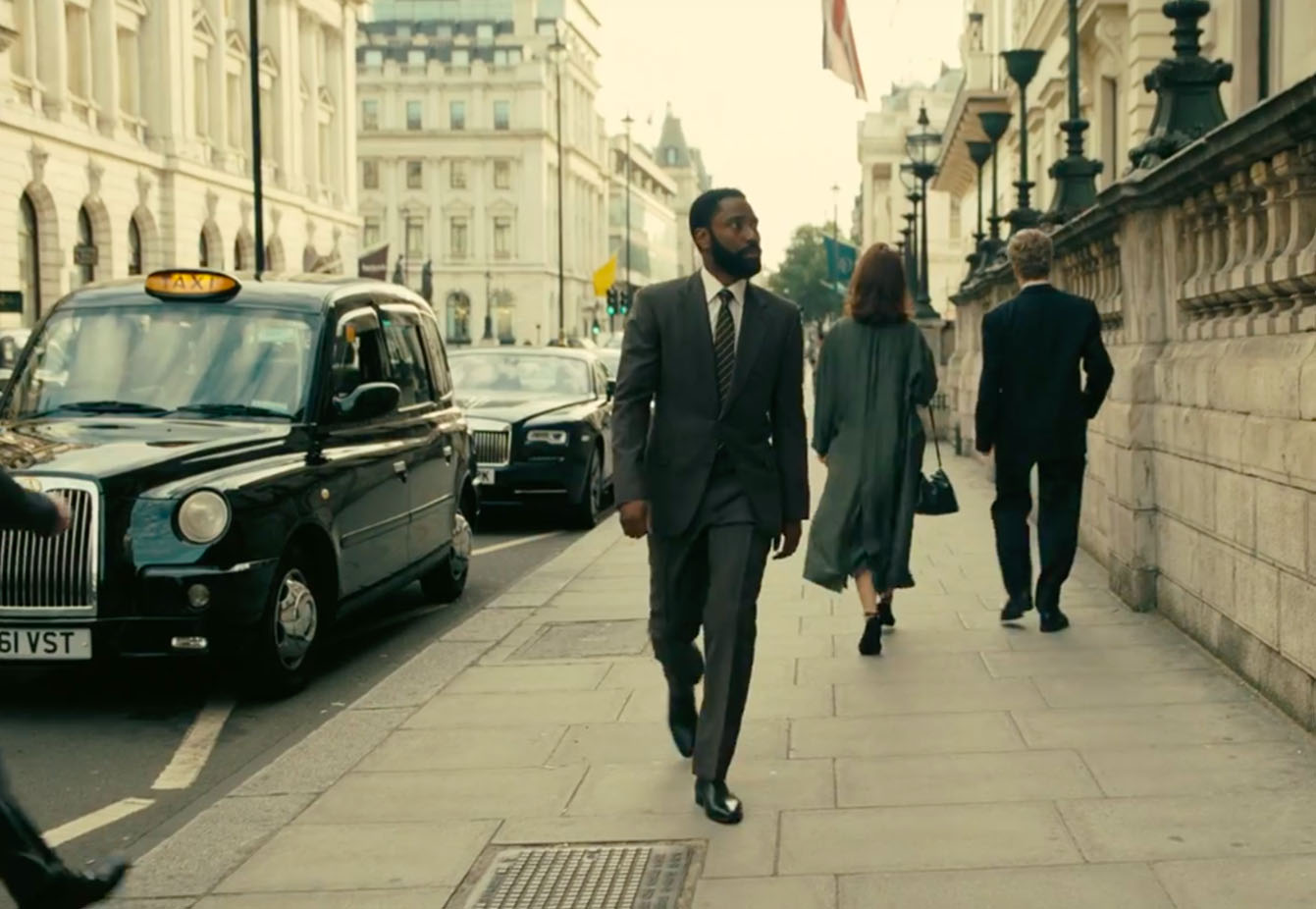 Editor Jennifer Lame has rapidly built one of the most impressive resumés in contemporary American filmmaking since her breakthrough in 2012 with Noah Baumbach’s Frances Ha – a collaboration that has continued on all of Baumbach’s films since, including 2019’s Marriage Story. Lame’s other credits include Kenneth Lonergan’s Manchester by the Sea (2016), Sebastián Silva’s Tyrel (2018) and Ari Aster’s Hereditary (2018). Her most recent film is Christopher Nolan’s epic and intricate science-fiction spy thriller Tenet, now screening in theaters internationally.

Q. What was the first thing Nolan told you about Tenet?

A. When I met with him to interview for the job I had not read the script, so we talked more generally about film and his process and how we work, etc. At the end I asked a few questions about the film, knowing it was quite secretive, so I had to be vague. I asked about the size of the film. I was assuming since I was interviewing for it maybe it was a smaller, quieter Nolan film, but he said, “It’s a huge film, lots of action, lots of locations.” Then I asked if he could tell me anything else and he said, maybe joking, maybe not, “This might be one of the hardest movies to edit.”

I kind of awkwardly laughed and he smiled and then he put his hand out, said nice to meet you and the interview was over. I drove straight back to the airport and flew back to NYC.

Q. What was the most surprising thing you learned about cutting massive action scenes?

A. I learned that there isn’t some secret formula to knowing how to cut an action sequence (which, embarrassingly, in moments of insecurity my brain definitely thought maybe there was and I would never figure it out).

Also it was surprising to work with a director so well-versed in action, but who was so incredibly gracious and instrumental in squashing any hesitancy or insecurity I had because I hadn’t done much action.

After getting comfortable with the footage I realized it was about mining the material as much as I needed until I found the best bits, like every other scene I’ve edited, and to make sure all the kinetic energy the action has is all in favor of moving the story and momentum forward – not just making an exciting flashy scene, but also a scene that embodies the movie and characters as a whole. I began to think of the action sequences like dialogue scenes – cars like people. Probably effective because it got me into a zone of what I was comfortable in, so I could relax and cut the best scene for the rhythm of the movie.

Q. If you were not an editor, what would you be?

A. A private investigator – that’s my dad’s profession, so I’d happily take over the family business 🙂 .

Q. What’s a happy accident that you discovered during editing and loved?

A. Since a lot of films I have worked on didn’t have the budget for a music editor I ended up editing the music, which I discovered I really loved. Growing up, I played so many different instruments. Piano the longest, saxophone for a bit, clarinet, drums for a while. I regret not picking one and mastering it, but I am grateful that even though I couldn’t stick with one instrument I kept music in my life, so I wasn’t intimidated by the prospect of music editing and really enjoy it.

Q. If you had to be quarantined for two months with one director’s filmography, whose would you choose?

Q. The last film you watched and loved?

A. Tony Scott’s Unstoppable. Never thought a runaway train could be so exciting!

A. The last few hours I was in NYC, right before I left to go work on Tenet in LA and then all over the world – sharing an amazing bagel from Gerritsen Beach Bagels with my son Tony at one of our favorite places Jacob Riis beach. Answering these questions made me think of that day a lot. Seems so long ago! 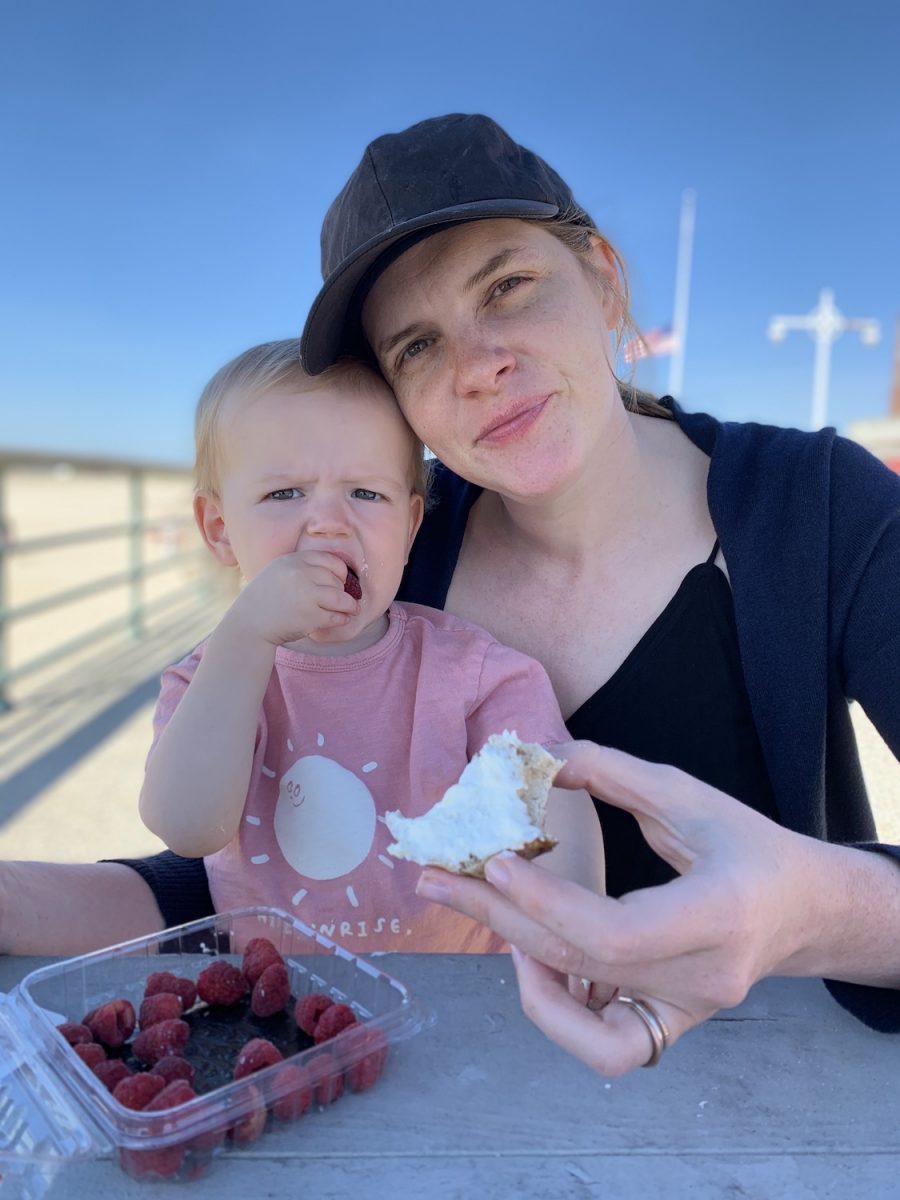