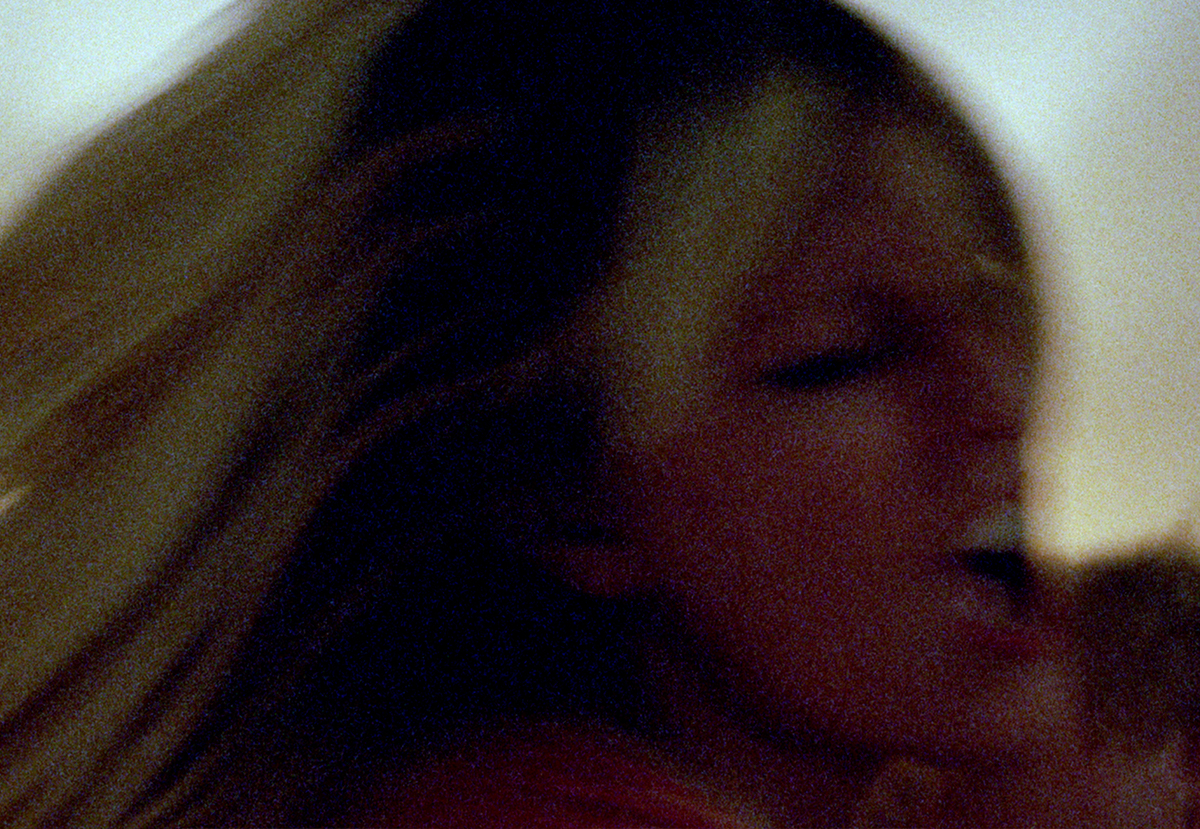 A highlight of the 2020 New York Film Festival, Slow Machine circles an actress (a mesmerizing Stephanie Hayes) whose entanglement with a mercurial counter-terrorism expert (Scott Shepherd) goes awry. Throughout, co-directors Joe DeNardo and Paul Felten intermingle low-key humor with cloudy paranoia, especially in memorable turns from Chloë Sevigny and musician Eleanor Friedberger. Since meeting 20 years ago at Evergreen State College, both directors have orbited the arts individually: DeNardo has made 16mm short films and played guitar for the band Growing, while Felten has written screenplays (notably for James Franco’s Francophenia) and film criticism.

Slow Machine, their debut feature as co-directors, opens today on Metrograph’s virtual cinema, and will expand to online arthouses nationwide on June 11.

Q. The film is paced as this “slow machine” of ambiguous dread but with a quick sense of humor in the dialogue. Was that tone part of your original concept for the film?

A. Paul: It was definitely part of the original concept of the film, or at least the script. I wanted to see if I could combine elements of seemingly disparate movies that I was inspired by—spy thrillers; dry, Albert Brooksian comedy; contemplative experimental work—into a hybrid that had its own unique vibe. We originally described it to people as “Andy Warhol directs a Whit Stillman thriller.”

Q. Chloë Sevigny’s character describes an audition as if it were a séance, and Gerard, Scott Shepherd’s character, tells Stephanie that her acting is great “even if I don’t know what I mean by that.” Could you speak more about this subconscious level of performance?

A. Paul: I’m not sure how to speak to the notion of a “subconscious level of performance” but I do know that part of the experiment here was to give our cast a lot to chew on, and to see what they came up with on their own. There wasn’t any real conversation about backstory or motivation or any of that, because they came to set with a seemingly very embodied sense of who these characters were based on what they’d read and the circumstances we’d created for them. Though all the parts were written for each of the people who played them, everyone made consistently—and delightfully—surprising choices when we were all in the room together.

Joe: It’s a testament to Paul’s screenplay that such a mixed group of friends and professionals could so seamlessly flow through the scenes together.

Q. You’ve collaborated with Eleanor Friedberger on a short film in the past. Since her music also features in Slow Machine, what stands out to you about the relationship between music and cinema?

A. Paul: Because dialogue is often where I start when I think about filmmaking, for good or ill, I’ve always thought of expression outside of whatever verbosity I’ve saddled the characters with as really integral to what I want to make; it gets me out of myself and makes me listen and feel in a way I wouldn’t otherwise. I also just really like watching people play music, because I have no idea how to do that. I was always hoping this film would have a kind of multi-disciplinary feel, and that the music scenes would both contribute to and complicate the movement of the “story.”

Joe: It’s nice to have diegetic rhythms and sonic durations that can interact with, mirror, or even contradict those textures and beats in the edit of the film. Music is such an enigmatic medium—how can you even define it? Seeing people “making it” within the film itself instead of using it just at the manipulative “score” level adds some dimension, and it gave us more material to move around and collage.

Q. What’s a happy creative accident you’ve had while working on a project?

A. Paul: When I was writing the script, I always imagined the “safe house” that Gerard keeps bringing Stephanie back to as a much more regular-seeming, if rather anonymous, New York apartment. But for both budgetary and logistical reasons, we ended up using a small sound studio that our first sound person, Barry London, ran in Greenpoint at the time. It turned out that the blank desolation of that space made for a far more fraught and odd room than any we could have envisioned, and I think the tension in the scenes between Stephanie and Gerard is amplified by that.

Joe: I’m constantly shooting with a very “Photography 101” type of in-camera multiple exposure technique in both stills and moving pictures. It’s a kind of practice that engages the memory (what did I shoot last?) and composition in a way that can be disastrous, but sometimes rewarding. The lack of knowing really makes shooting film so much more fun.

Q. Where have you found inspiration that people might not necessarily expect?

A. Paul: I think about Lorrie Moore and Deborah Eisenberg a lot when I’m writing, because I don’t know that there are funnier writers who are also as good on dread as they are. Joy Williams, Nell Zink, Denis Johnson, and Paul Beatty are also touchstones because their work is so tonally antic and free.

Joe: Sports. I’m interpreting “inspiration” in a base way; if athletes can achieve the unthinkable with their bodies, I can at least get out of bed and take some organized pictures.

A. Paul: We have a new script that we want to make next year, and we want to carry over many of the aspects of Slow Machine that were due to budgetary constraints—a minimal crew, working with friends—into a more conscious production model. The new movie is a mystery. Sort of. 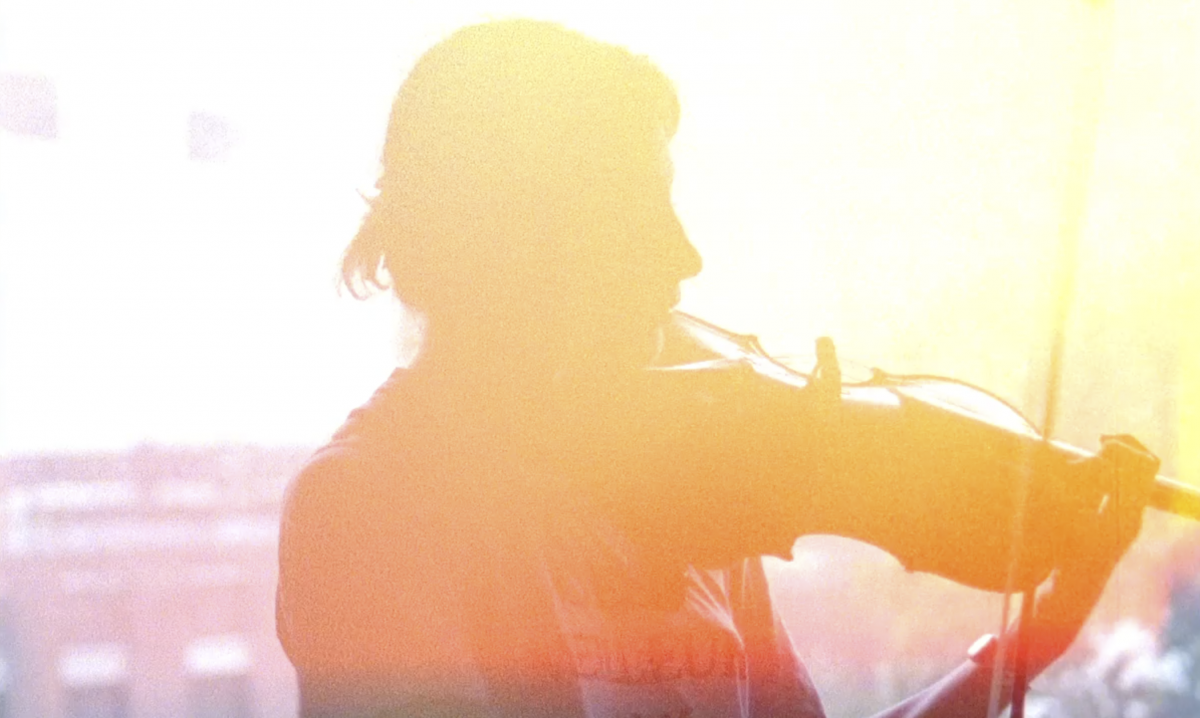