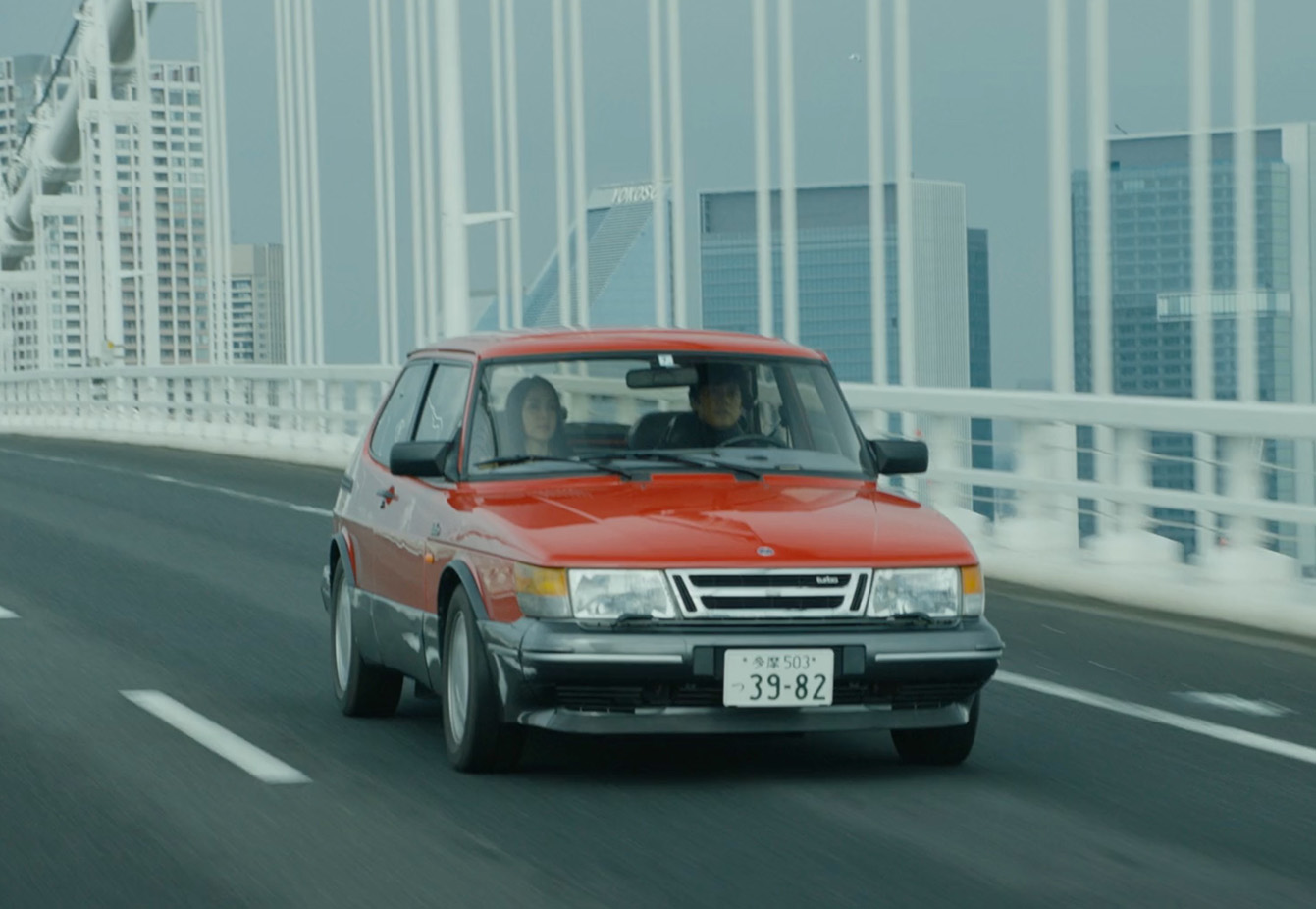 Ryûsuke Hamaguchi has garnered steady acclaim since his 2015 breakthrough epic Happy Hour, but his two 2021 films announced him as a vital contemporary filmmaker. He won Best Screenplay at Cannes for his Haruki Murakami adaptation Drive My Car, a three-hour tableau exploring grief and intimacy, as well as the Berlinale’s Grand Jury Prize for Wheel of Fortune and Fantasy, a tenderly-wrought triptych on emotional connection. Hamaguchi’s most moving films are transfixing, surprising deep dives into interpersonal relationships, where even secondary characters contain a wealth of stories and experience.

During the New York Film Festival, Le Cinéma Club spoke to Hamaguchi about Drive My Car, which opens today in New York.

Q. What appealed to you about adapting this Haruki Murakami story, specifically?

A. I was most interested in the characters, Kafuku and Misaki. They’re not people who necessarily reveal a lot about themselves, but through their encounter with each other we learn a lot about them. There are several conversations in cars, and also this theme of performance, both of which are often the subject matter of my own work. My producer suggested that I adapt something by Murakami, so I said, “This is something that I could do.”

Since the original story is very short, I chose two other stories from the same Murakami collection, Men Without Women. One was Scheherazade, which inspired elements of Kafuku’s wife’s character. I also looked at Kino to think about what might happen to Kafuku and Misaki beyond the original story. From there I was able to build a past and a present for the characters. Also, Uncle Vanya very briefly makes an appearance in the original story, and as I thought about Kafuku’s job as an actor and theater director, I decided to inflate that. There’s a lot of overlap between the characters of Uncle Vanya and Kafuku; they are both leading lives that they don’t really want to be living.

Q. Could you talk a bit about directing such emotionally precise dialogues in a moving car, which are normally pretty claustrophobic spaces in films?

A. I think that emotional precision is something that the actors themselves arrive upon in my films. As Kafuku does in the film, I also hold table reads where I ask the actors to read their lines over and over without adding emotion. When they act, I also say, “Y’know, you can add emotion if it naturally bubbles out of you, but you don’t need to excessively add performance to it.” So if the audience is feeling some kind of emotion from the actors, they’re actually feeling the emotion that’s naturally coming out of the actors. My job as a director is to create an environment where that can happen.

Q. The production of Uncle Vanya in the film is multilingual. How did you encourage that kind of chemistry between actors who are speaking different languages to each other?

A. Being part of that production, there were also a lot of things that we couldn’t communicate, but we did use an interpreter to help the actors communicate. During the table reads, they could listen to what the other actors were saying and then hear the meaning of those words in their mother tongue. So I tried to establish a relationship between the sounds they were hearing and the meanings that they had inside of them. This was the first time I’ve tried something like this, but it was really interesting to see their honest reactions that were born out of this process.

Q. Where have you found inspiration for your projects that people might not expect?

A. That’s actually a really difficult thing to know—if I always knew, I think filmmaking would be so much easier. But to be quite honest, I think where I find inspiration is really luck, the things I might come across while generally living my life. Of course, if it’s an adaptation I can always go to the original source, and that’s okay, but otherwise I’m looking for inspiration in ordinary life. For example, I’ve found inspiration while overhearing a conversation that was happening at the table next to me.

A. The Flowers of St. Francis by Rossellini—it really felt like my soul was getting cleansed. Cannes was having a restoration screening and I wanted to see it there, but I was unable to. I was really regretting the fact that I missed it, so I watched it on DVD at home.

Q. Who is an underappreciated artist you admire and why?

A. Masahiro Makino, who’s a filmmaker. If he knew I was calling him an artist, he might actually get angry at me, but he made a lot of entertaining films over the course of his life—over two hundred of them. Regarding Japanese filmmakers, often we hear about Ozu, Mizoguchi, Kurosawa, Naruse, and sometimes Oshima, but not so much about Masahiro Makino, who I find to be a wonderful film director. I really want his name to be more widely known, and for that reason, I actually mentioned his film to Le Cinéma Club before.

Q. What is a project you’d like to make someday, even if it seems impossible right now?

A. I have to say maybe jidaigeki films, period films. There is a long history and tradition in Japan of making these period films, but it’s not done so often these days. I think the younger generation of filmmakers, myself included, does not quite know how that happened, but I would really like to do one someday. 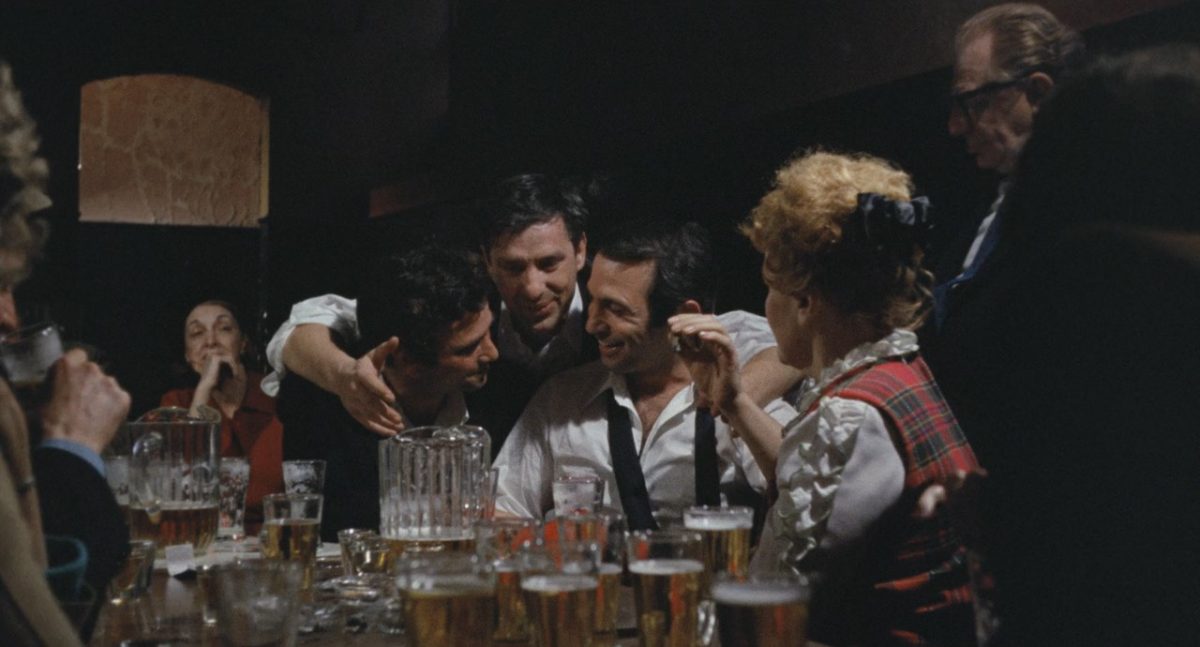