FROM: DAROL OLU KAE ON THE SET OF KEEPING TIME 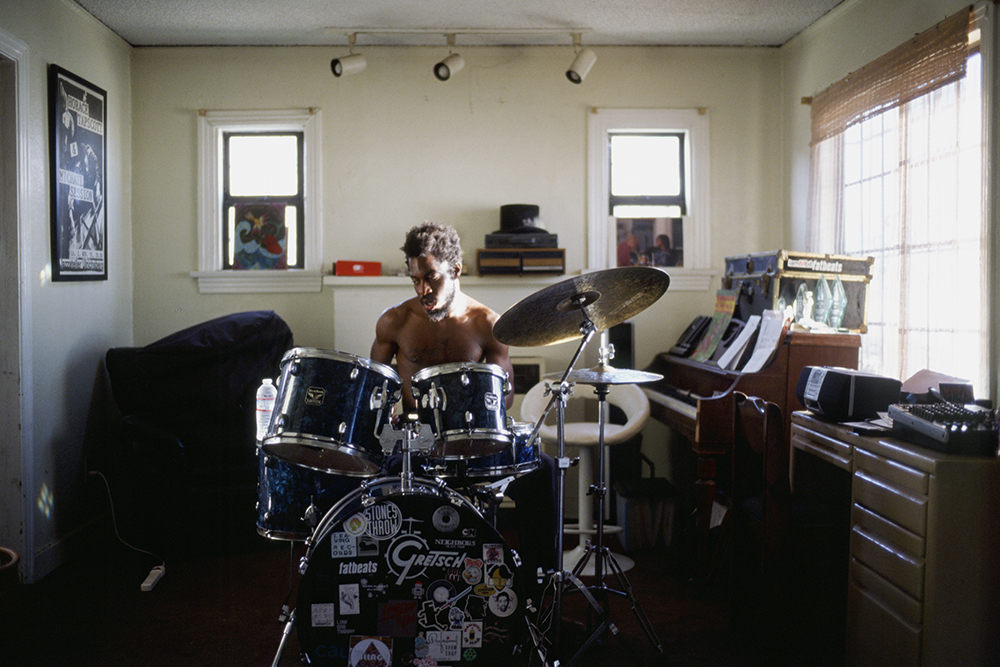 “In Mekala’s living room, music feels as much a part of the space as the furniture. This was on the first or second day of our five day shoot. We were starting to find our rhythm. A moment of rest between takes.” D.O.K.  Photograph by Sam Lee.

LA-based filmmaker Darol Olu Kae’s upcoming Keeping Time meditates on intergenerational collaboration through the revolutionary Pan Afrikan Peoples Arkestra. Shot by cinematographer Andrew Yuyi Truong, the short stars ensemble members Mekala & Michael Session, Fundi Legohn, Maia, and Roberto Miranda, and is an homage “to musicians who pass on the magic, and the communities that nourish them.” Kae is also developing his debut feature through Arthur Jafa’s production company, SunHaus. Without a Song follows an aging musician whose world is turned upside down after a medical condition makes it impossible for him to play his instrument.