From: Mona Fastvold on the set of The World to Come 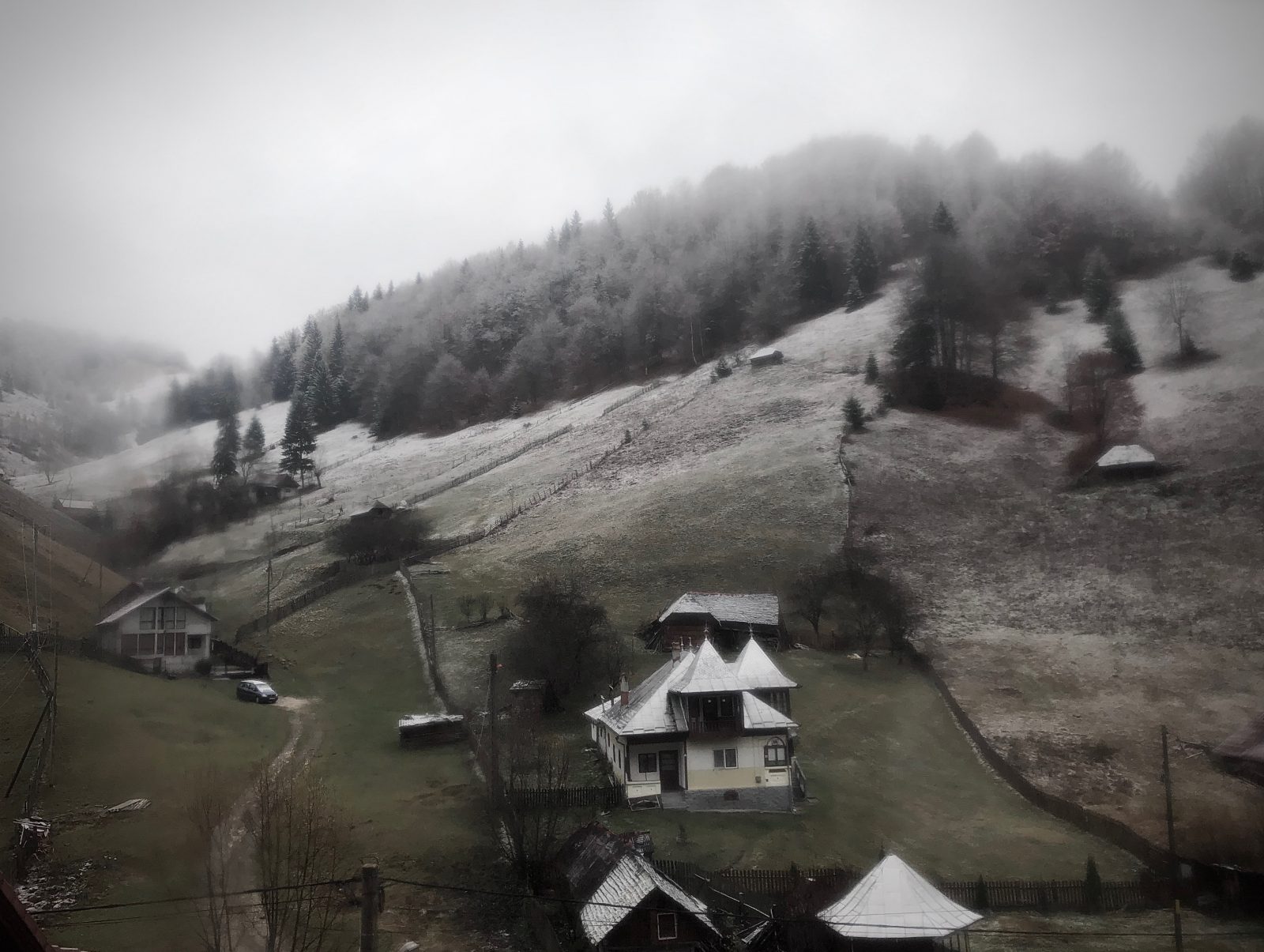 “Piatra Craiului, Romania. My home for the last few months while filming The World to Come. The picture was taken an early morning, my prayers had been answered with a light dust of snow for our first day of shooting.” M.F. “Heavy fog while prepping for the second leg of The World to Come in the Romanian mountains.” M.F.