Too Cool for School a film by Kevin Phillips. 2015, USA, 11 min. Undeniable talent on display in the tense and chilling atmosphere of this short film. 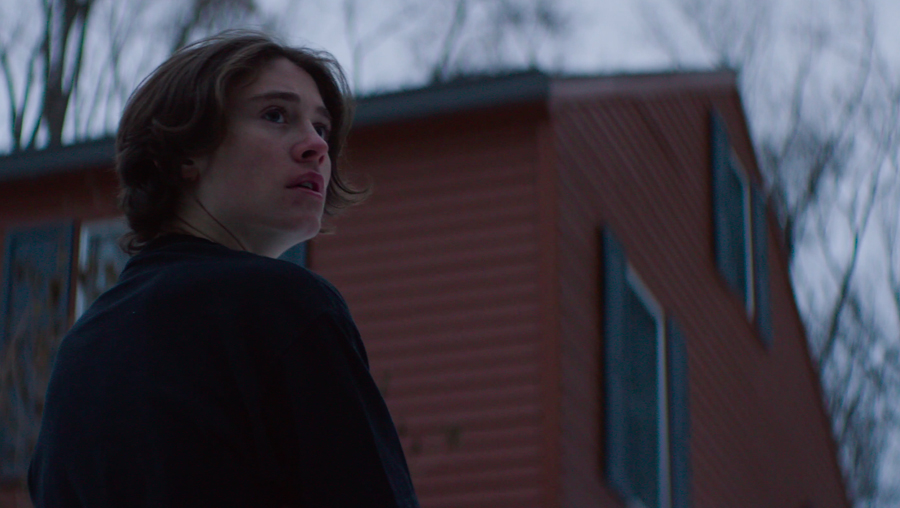 Le Cinéma Club presents the online premiere of Kevin Phillips’ Too Cool For School, which premiered at 2015 Critics’ Week in Cannes. The short follows a teenager with sex on his mind who decides to ditch school one afternoon – and becomes haunted for it. Phillips proves here to be an undeniable talent. He creates a tense and thrilling cinematic atmosphere that only makes you want to see more… The good news is that this short was produced as a vehicle for Phillips to make his first feature, Super Dark Times (2017), written by the screenwriting duo Ben Collins and Luke Piotrowski. Along with his producers Jett Steiger and Richard Peete, Phillips decided to make a short in the same universe. Collins and Piotrowski wrote Too Cool For School, and they all went to Phillips’ hometown in Pennsylvania to make the short in the locations the director grew up in. The short was shot over the course of three days, thanks to a crew of close filmmaker friends who graciously came on board and helped, believing in Phillips’ vision. They shot the film in December 2014, the short was accepted to Cannes a couple months later, and the writing-directing-producing team went on to shoot the feature that winter.

“At best I hope to subvert genre and elevate it to something else… a conflation of genres maybe or something new altogether.” KEVIN PHILLIPS

After graduating in Film and Photography at the Savannah College of Art & Design in Georgia, where he met Collins, Piotrowski, Steiger and Peete, Kevin Phillips worked as a cinematographer and director on numerous shorts, commercials and music videos. The filmmaker acknowledges that his parents imbued him with creativity, showing him great films at an early age. While his father introduced him to films by greats such as Wilder, Hitchcock, Kazan, Hawks and Spielberg, his mother was a fan of Ridley Scott’s Alien (1979) and she encouraged Phillips to pursue artistic studies.

During high school, Phillips got a job at Hollywood Video, where he watched everything and made small films with a camera borrowed from his Tech Ed class. It was in college that Phillips extended his taste in movies to films by Stanley Kubrick, Paul Thomas Anderson, the Coen Brothers, Andrei Tarkovsky, Ingmar Bergman, Wong Kar-Wai, William Friedkin, David Fincher, David Lynch and Kiyoshi Kurosawa. Kevin Phillips is signed as a director by United Talent Agency and a cinematographer at Worldwide Production Agency. He is currently working on the post-production of Super Dark Times, in which “two high school friends in the nineties get into some serious fucking trouble.”