Univitellin a film by Terence Nance. 2016, France, 15 min. From the mind behind Random Acts of Flyness – a doomed love story with mystical consequences. 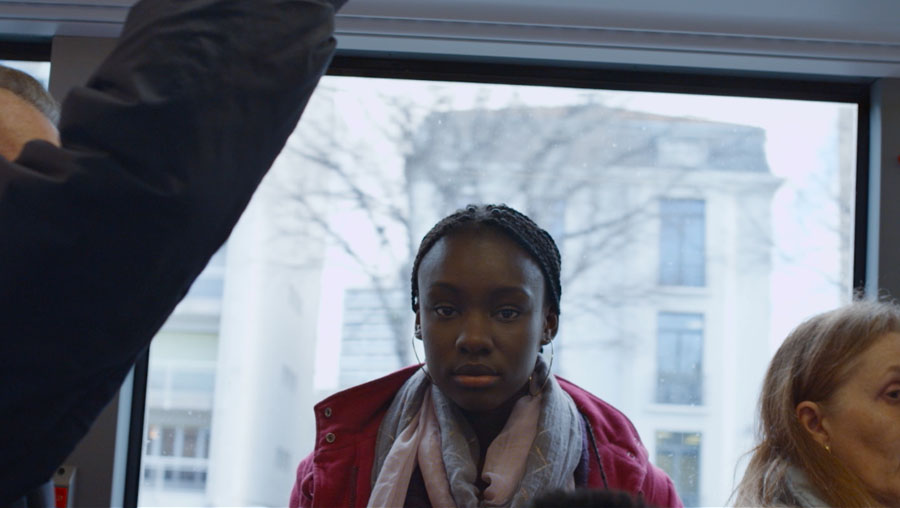 This week, Le Cinéma Club is presenting Univitellin, a refreshing and playful take on the genre of doomed love stories by the American artist Terence Nance. Set in Marseille today, the short film follows a young pair who first lock eyes on the bus to work. Over the course of 84 hours together, they wander the city with a fresh perspective, sharing their interests, distastes, and life stories until a tragic event suddenly brings them closer. The film is mostly in French – “univitellin” being a French word for identical twins, from the same egg. The story bends poetically between narrative and essay. We see romance in the Marseille cityscapes and intimate studies of the lovers’ faces. Nance plays with form and the result is both fluid and effective.

“This film is an improvised prequel about the past lives of one person, it’s about the two people they were before they karmically merged.” TERENCE NANCE

Terence Nance is a filmmaker and artist born in Dallas and based in Brooklyn, New York. His debut feature, An Oversimplification of Her Beauty, which premiered at the Sundance Film Festival in 2012, launched him as an exciting new talent. Nance’s approach to filmmaking breeds a unique and complex layering of diary, film, music, and unconventional storytelling. Nance earned a Guggenheim Fellowship in 2014, and he has directed numerous short films and music videos, some of which you can see on his website.

Univitellin premiered at the Rotterdam International Film Festival in 2016 and was selected in festivals around the world including the New York Film Festival and the San Francisco Film Festival, where it won the Golden Gate Award for best narrative short. Nance’s kaleidoscopic new late-night series Random Acts of Flyness, “a stream-of-consciousness response to the contemporary American mediascape”, is currently premiering on HBO.